A PLUMTREE herd boy, who allegedly fatally stabbed his neighbour with a knife 15 years ago for kicking his dog before he fled to South Africa, appeared in court yesterday. 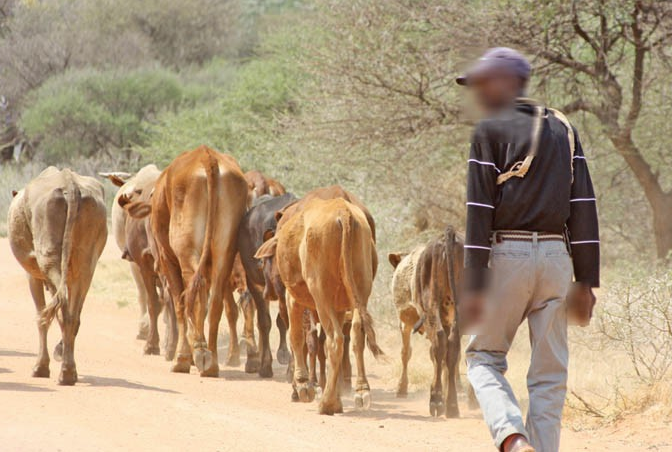 Petros Pamani Ndebele (36) of Madlambuzi area committed the offence in 2003 and fled to South Africa before he was arrested last December.

High Court judge whose nudes were exposed to be investigated…

The accused stabbed Agrippa for allegedly kicking his dog while they were herding cattle.

Prosecuting, Mrs Sifiso Ndlovu-Sibanda said on April 27 in 2003 at about 3PM, the accused person and the deceased were at Ndani Dam in Makumbi area herding cattle in the company of Brighton Tshuma, Faro Tshabangu and Vusa Sibanda.

The court heard that Ndebele confronted Agrippa and started accusing him of kicking his dog resulting in a dispute between the two.

“Ndebele pulled out a knife and stabbed the deceased once on the stomach using a home-made knife and he collapsed,” said Ms Ndlovu-Sibanda.

Soon after committing the offence, Ndebele fled the scene.

The deceased was ferried to Ntoli Clinic. He died while being transferred to Plumtree District Hospital.

According to postmortem results the cause the death was stab wound, assault and peritonitis.

Ndebele, who had been hiding in South Africa since 2003, was arrested in December last year after police received a tip off that he had returned home.

In his defence, Ndebele through his lawyer Mr Thomas Gamure of Mudenda Attorneys argued that he acted out of provocation.

He argued that he had a fight with the deceased who had allegedly ganged up with his friends to attack him on that particular day.

Ndebele said he pulled out a knife and stabbed the deceased who was armed with an axe.

“I did not want to kill the deceased, but I just wanted to inflict injuries to scare him away since I was under attack and being overpowered,” he said.

In his warned and cautioned statement, Ndebele admitted that he fatally stabbed the deceased: “I admit to the murder allegations levelled against me. I stabbed the deceased once on the stomach following a dispute during which I was also trying to ask for forgiveness since I had reported him to one Limukani for attacking his dog.”

He said the deceased ganged up with his friends and attacked him. Ndebele also alleged that Agrippa and his friends had a tendency of bullying him.

The trial continues today. The Chronicle.