SHOCK and fear gripped a Gutu family in Masvingo province when they stumbled upon a hyena in one of the locked huts at their homestead in the dead of the night. 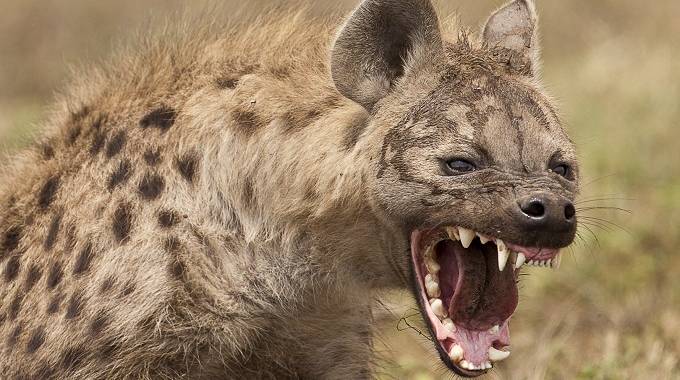 After the discovery, one of the villagers reportedly gathered courage and drove a sharp object into the mouth of the wild animal, killing it.

Zimbabwe National Parks and Wildlife Authority spokesperson Mr Tinashe Farawo could neither confirm nor deny the incident saying he was yet to get a report from their Masvingo office.

“I am yet to get the report from Masvingo. I cannot comment before receiving a report of what exactly transpired,” said Mr Farawo.

A witness Mr Johannes Makonese of Godhi Village 19 under Chief Gutu said the mysterious incident occurred at a nearby homestead on Sunday at around 8 PM.

“I received a phone call from my daughter who was home saying a hyena had been found at nearby homestead. I was attending a church night vigil at our shrine, a few kilometres from the village,” said Mr Makonese.

He said when he went back home, he found other villagers already gathered at Mr Clarkson Mupfuwi’s homestead where the wild animal had intruded.

He said the villagers, armed with an array of weapons, first reported the matter to the police.

Mr Makonese said the animal was seen by a young girl who had been sent to collect a broom from the room and she reported to her parents who also informed other villagers.

“One villager who had a sharp object with the shape of a spear had to pierce through a thatched roofed hut and struck the animal through its mouth which was open, apparently in anger. The animal fell down and died on the spot. After that, we opened the door to drag it away,” he said.

“To our surprise we found that the body of the hyena had disappeared when we checked the following morning. We suspect it is the work of witchcraft as we have not witnessed such a bizarre incident in our area before.

The police could not also find anything but they only noticed a trail of blood and fur where the body had been left outside the yard,” he said.

Comment could not be obtained from Mr Mupfuwi as, according to Mr Makonese, he does not have a mobile phone.

Masvingo provincial police spokesperson Chief Inspector Charity Mazula confirmed the incident but said she was yet to get finer details.

“Yes it occurred but we are yet to get finer details of what exactly transpired,” said Chief Insp Mazula. The Chronicle.