By Thandeka Moyo and Walter Mswazie

Typhoid, which has killed nine people in Gweru, has spread to Kadoma and Masvingo amid calls for residents to practice maximum hygiene. Three new cases were reported in Kadoma and two in Masvingo’s Runyararo suburb where an 11-year-old boy was diagnosed after complaining of high fever. 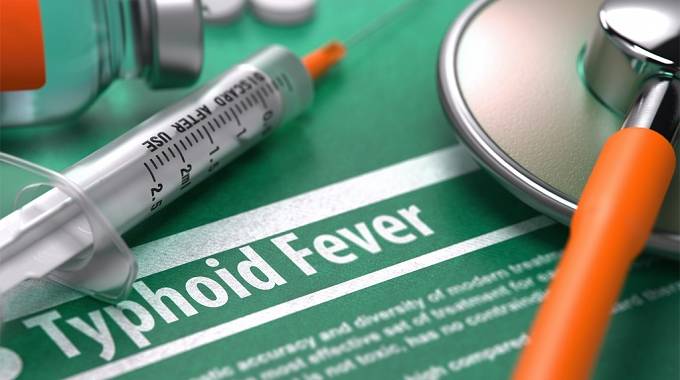 Typhoid is spread mostly by drinking unsafe water and eating unsafe food that has been contaminated with human faeces containing the bacteria faeco – oral.

Symptoms include persistently high fever, abdominal pains up to three weeks and constipation or diarrhoea.

In Masvingo fears that the scourge can escalate are abound as the city has gone for two weeks without tap water.

Last week the local authority’s two pumps at the main water plant, Bushmead, broke down leaving most suburbs on high ground without access to the precious liquid.

The Ministry of Health and Child Care recently confirmed 1 500 cases of typhoid were diagnosed in Gweru last month.

“We have two suspected cases of typhoid in Runyararo West Suburb. One has been treated at Masvingo General Hospital and discharged while the other one is still admitted to the same hospital,” said Dr Shamu.

“Our health staff is working around the clock in putting the disease under surveillance and treating anyone showing symptoms of typhoid. We are on typhoid alert and we urge residents to rush to the nearest health centre when they have high fever, painful joints and vomiting,” he said.

Dr Shamu said while residents were waiting for normal water supplies to be restored, maximum caution should be exercised through washing hands, eating warm foods and not buying food from unlicensed vendors.

Community Working Group on Health provincial chairperson Mrs Entrance Takaidza said her organisation was educating residents on the importance of good hygiene, especially considering that water was in short supply.

“We also urge residents to stop shaking hands as this can transmit typhoid easily. We call upon our local authority to move with speed in sorting out the pump issue before the disease spreads,” said Mrs Takaidza.

In an interview yesterday, Dr Isaac Phiri, the deputy director epidemiology and disease control in the Ministry of Health and Child Care said the typhoid cases reported in Masvingo and Kadoma were imported from Gweru.

“All new cases detected in Kadoma and in Masvingo emanated from the outbreak in Gweru. The 11-year-old from Masvingo province was staying in Gweru and returned home and then fell sick,” said Dr Phiri.

“The two cases that were confirmed in Kadoma were a result of a funeral which was attended by people from Gweru. People are mobile and the disease can spread like that.”

Dr Phiri said health workers are on high alert countrywide and are screening anyone who has a high fever.

“We have put teams in all provinces that are on high alert and of course resources have been mobilised for the affected areas. As we speak now the outbreak in Gweru is now under control”.

He said members of the public can lessen their risk to infection by eating warm or hot food.

“It is very important that members of the public exercise high standards of hygiene, hand washing before eating and after using the toilet. They should avoid drinking water from unprotected sources like shallow wells to avoid spreading the disease,” added Dr Phiri.

The Bulawayo City Council recently allayed fears that typhoid could spread to the city saying all water sources were subjected to random routine checks.

“The city inspectorate always routinely collects water samples at strategically located and geographically placed sites and analyses this water for suitability for consumption.

“It is pleasing to note that the results of these samples are satisfactory for Municipal water,” said Mrs Nesisa Mpofu, the BCC senior public relations officer.