SINCE the beginning of time youths have experimented in many things and sex is a regular feature because of “raging hormones”, drugs and alcohol too make the list. However, it’s the 2000’s that seem to be taking the cup. 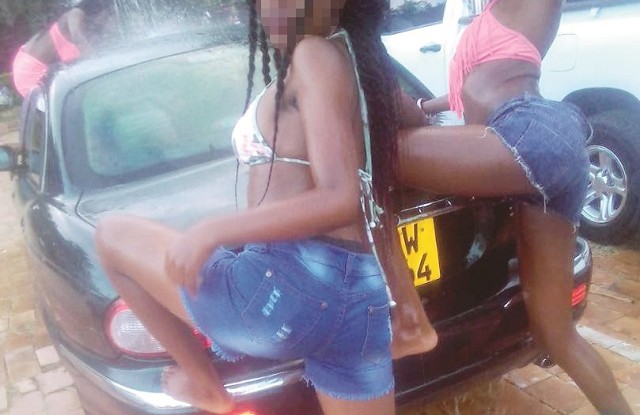 Word on the streets is that “bayashesha” (the speed at which they move) is a cause for concern and it seems they are proving the critics right.

This reporter heard a young girl who looked barely a year over 14 telling her friend about her past relationships. “I have dated so many kombi drivers, these days I can’t even sit at my mother’s stall. I’m afraid that my exes will see me,” she said, before ducking her head as a kombi passed.

Are these drivers taking advantage of these girls or have they (girls) lost their marbles?

This question is debatable but one kombi driver was not shy to reveal that they use these girls for entertainment purposes.

“The truth is that young girls love cars, when they see you driving a kombi, especially one with a radio like the one I’m driving they see the world. We often drop them off at school and sometimes pick them up so that they can flex for their friends, that’s what young girls want anyway.

“What they don’t know is that most of us have families but they want to be used and we oblige,” said Mandlenkosi Sibanda.

Perhaps that’s where the blesser and slay queen trends started, at their own level they are slaying and are being blessed.

In 2015 researchers in Archives of sexual behaviour concluded that millennials lead the brigade when it comes to early sexual relationships and have made premature sex acceptable but the society continues to act shocked by their behaviour.

So maybe it is time society changes its approach in addressing the issue of premature sex as the more the topic is ignored this experimental generation is slowly moving towards disaster.

As many parents continue to question the distribution of condoms in schools the actions of these millennials are justifying the Government’s actions.

Prevention is better than cure, it has always been said.

Not because their actions should be condoned but sex education should be prioritised from the home to schooling institutions.

Recently a story carried by our sister paper Chronicle titled Drunk pupil beds two kombi drivers is just one of many examples of their wild ways.

This shows how deep rooted the problem society is faced with, parents are failing to rein in their children and are left with no choice but to run to the law enforcers.

Some even suggest a review of the age of consent but it is obvious that is not the answer as the 2000’s are not shy to exhibit their wild nature to the extent of engaging in sex at institutions of learning.

Parents, caregivers and school authorities are now faced with a huge task as all this is occurring under their watch.

With the hope that their premature relationships can lead to something long term, the 2000’s seem fond of casual relationships giving parents unending headaches.

One thing they have to understand is that these no-strings attached relationships and flings soon go south and there is nothing that they can do than wait for the day they are left by these older men or boyfriends.

According to Medical Daily teens engaging in casual relationships are most likely to develop mental issues in future showing how these matters we turn a blind eye on have damning results.

They sure can be dope and they sure are sex crazed. To be frank they are definitely mad but the big question is how society tackles their madness as it seems they need protection from themselves.