Shareholders of the Zimbabwe Iron and Steel Company (Ziscosteel), will hold an extraordinary general meeting on June 28, to approve a transaction that will see the steelmaker’s assets sold to Chinese investor Tian Li (Hong Kong) Limited. 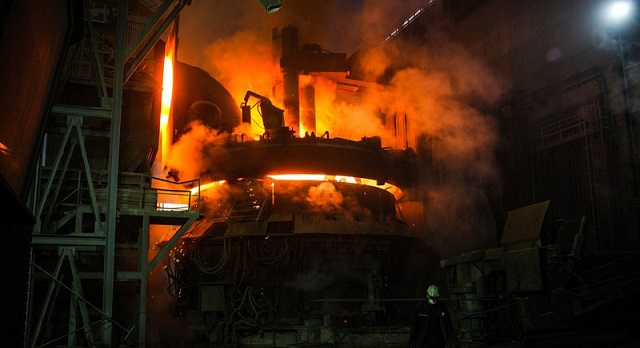 Approval of the transaction will bring into effect the revival of the country’s largest steelmaker, which closed shop in 2008 after years of operating inefficiently.

The EGM comes after President Mnangagwa, recently assented to the Zimbabwe Iron and Steel (Debt Assumption) Bill, which will enable Government to take over the circa $500 million debt it owes to various local and foreign creditors.

According to the Act, the debts of Ziscosteel consists of liabilities incurred by the company before January 1, 2017 and are reconciled and validated by the Debt Management Office under the Ministry of Finance and Economic Planning or arising from a Government guarantee or undertaking.

And the first port of call for shareholders at the June 28 EGM is to consent to the proposed takeover.

“Notice is hereby given that an extraordinary general meeting of the company will be held in the company’s board room . . . to consider and if deemed fit, to pass with or without amendment, the following special and ordinary resolutions: That the shareholders hereby consent, to the takeover of the company’s debt by the Government of Zimbabwe in return for the cancellation of any shares and any pre-emptive rights that the minority shareholders have in the company,” said Ziscosteel in a notice to shareholders.

The steelmaker is 89 percent owned by Government and the balance is in the hands of some minority shareholders.

To the extent that the shareholders approve the proposed debt assumption, the second special resolution will be to grant the company’s directors the authority to cancel the 22 011 261 ordinary shares held by the minority shareholders.

And if that passes, shareholders will move next to vote for or against the ratification of the agreement entered into for the sale of Ziscosteel’s entire assets — both corporeal and incorporeal — to Tian Li Ltd.

Tian Li, which is incorporated in the Caymen Islands is an investment holding company, which manufactures, sells, and trades in multi-layer ceramic chips (MLCC) in mainland China and internationally. It also trades in commodities, such as metals, minerals, and petroleum products.

Finally, the shareholders will vote in respect of the proposed sale of the Tagged Assets to ZimCoke (Pvt) Ltd.

And what happened to the R&F deal?

There is, however, no mention of an earlier $1 billion deal signed with another Chinese investor, Zhang Li through his company, R&F in August last year.

The steelmaker gets raw materials from Ripple Creek mine, which is about 14 kilometres from the plant, with up to 70 million tonnes of iron ore estimated to be available for mining.

Additionally, up to 200 million tonnes of limestone can be found on an open cast mine, which is a few metres from the plant.

Industry experts say Ziscosteel’s imminent revival can enhance the performance of the National Railways of Zimbabwe and Hwange Colliery Company, as well as other downstream players.

Before its collapse in 2008, Ziscosteel was Africa’s biggest integrated steel manufacturer exporting to Europe and Asia as well as other African countries. The Chronicle

Zisco $1bn deal back on track