Let’s get ready to rumble

The last time out, the Warriors waltzed their way to the Cosafa title with a group of players who in normal circumstances should not been seen anywhere near the national team jersey. 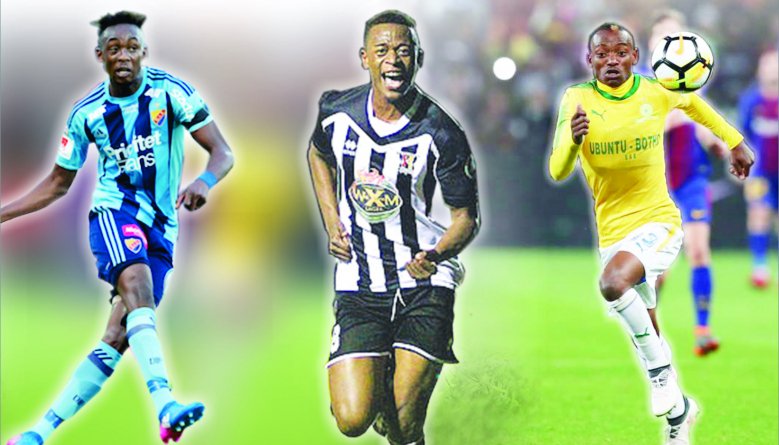 Save for skipper Ovidy Karuru and big goalie George Chigova, the men who delivered a record equaling fifth regional title last year were not considered to be among Zimbabwe’s finest.

Yes some of them, like Talent Chawapihwa, have built on that 2017 success to become must haves in the Warriors team.

But the majority of the lads who were here last year are missing as Zimbabwe begins their title defence here today.

And they know why they are not here, it’s time for the big hitters.

Ocean Mushure is struggling for form and relevance at Dynamos, Knox Mtizwa blew hot and cold at Golden Arrows this past season and Gerald Takwara never got going at relegated Ajax Cape town.

A date against Botswana marks the start of Zimbabwe’s title defence mission, the quarter final kicking off at 5:30 pm at the New Peter Mokaba.

With Sunday “Mhofu” Chidzambwa having brought along some heavy artillery, the Warriors are favourites, not only to dispatch the Zebras but to win the title again.

But the veteran gaffer is looking for much more than a successful defence.

“We need to get some momentum going before the start of the 2019 Africa Cup of Nations qualifiers,” said Chidzambwa.

“This tournament has given us a very good chance to look at the players we intend to use in the Afcon campaign and we intend to make the most of it.

“Football being football, you can never take anything for granted, Botswana is a good team and cannot be underrated.”

Khama Billiat’s club future hangs in the balance following the expiration of his contract with Mamelodi Sundowns last week.

However, Billiat does not seem distracted by the speculation surrounding his future, with Chidzambwa revealing the midfielder is fired up.

The red hot Tino Kadewere is also here, eager to transfer his club form into the international scene.

“There are a lot of expectations on me because of the season I have had but I’m a strong person and l am ready for this challenge,” said the forward who earns his keep at Swedish side, Djurgadenes.

“Look, Zimbabwe has a lot of players and if you get this chance you have to make the most of it because the other guys are waiting for the chance.”

Welsh based defender Alec Mudimu, who will be playing in the Europa League later this year with CEFN Druids, has been doing his homework on Botswana and expects a high tempo affair.

“I watched Botswana play Mauritius and the way they play is easy on the eye but not something that you would like to face as a defender.

“I have picked up a few pointers and will discuss what I have noted with the coach,” said Mudimu.

The Zebras may have hit Mauritius for six in their last group game but Bright is not being carried away.

“What we did in the last game doesn’t matter now. This is a new game and we have to be up to it,” he said.

All eyes on Neymar!

Emotional Karuru opens up about his sudden departure from Usuthu