Zimbabwe’s wildlife agency said on Tuesday it was investigating allegations that a South African national bribed officials to allow a Colorado-based tourist to take the ivory tusks of an elephant illegally shot in a Zimbabwe game park. 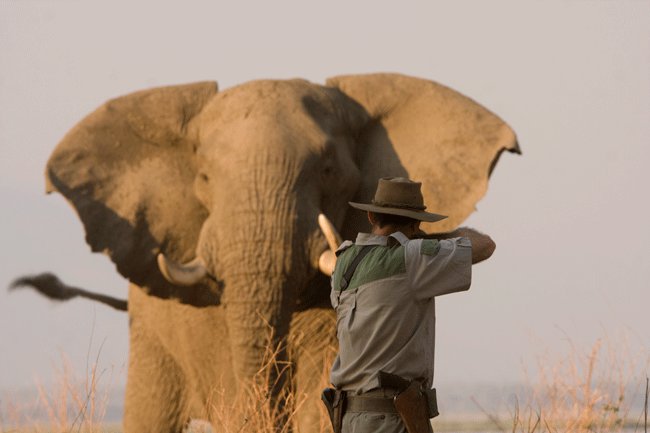 Their inquiry comes after U.S. prosecutors accused the South African, who was with a hunting party in Gonarezhou National Park in southern Zimbabwe, of paying up to $8,000 in bribes to Zimbabwean government officials to kill the elephant inside the park and to have the animal’s ivory released.

“We are investigating the matter,” said Tinashe Farawo, spokesman for the Zimbabwe Parks and Wildlife Management Authority. He gave no further details.

A government official, who declined to be named because he was not authorised to speak to the media, said Zimbabwean authorities had contacted the South African but he was not forthcoming with information.

A statement by the U.S. Department of Justice in Colorado dated May 21 said the South African conspired with the unidentified Colorado hunter to export the tusks by falsely saying in official documents the hunter was a South African resident and that the elephant was shot outside Gonarezhou.

It is illegal under Zimbabwean law for hunters to shoot animals inside a state game park.

In 2015, a U.S. dentist touched off a global storm when he killed a rare black-maned lion named Cecil with a bow and arrow outside Hwange National Park in western Zimbabwe, forcing the United States to suspend importation of elephant trophies from Africa.