In the late ’90s and early 2000s, rumba music was without doubt one of the biggest genres in Zimbabwe, with the sound and ndombolo dance style claiming a stake on local pop culture during that time. 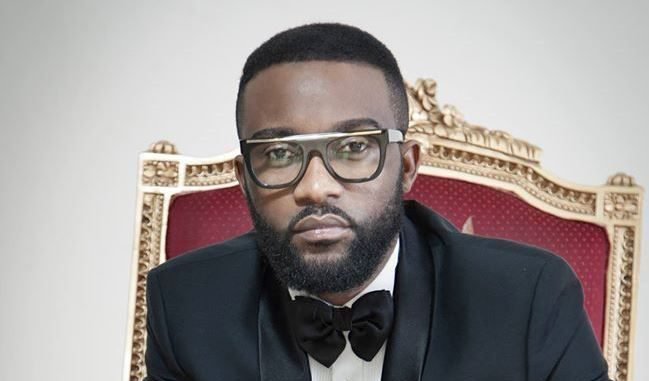 The likes of Koffi Olomide, Yondo Sister, Papa Wemba, Pepe Kalle, Kanda Bongo Man and Awilo Longomba were then a staple among music lovers. So popular was the sound that numerous rumba outfits from the DRC migrated and set up shop in Zimbabwe in a bid to cash in on the large fan base.

At one point, local based Congolese group Diamond Musica was one of the most sought-after bands on the leisure scene with the songs they were churning out becoming major hits.

Chez Ntemba, which opened its doors in 2000, came to be known as the home of rumba and went on to become the biggest nightclub in the capital.

However, as the years went by, the vibe started to fade away with music lovers adopting other genres.

The dwindling rumba fan base resulted in some groups packing their bags and going back home while those composed of locals just folded. While Diamond Musica, went quite in 2006, is back on the local scene, they are yet to reclaim their former glory as their shows have not been attracting many people.

Even Chez Ntemba, which had become a symbol of the culture, called it a day after 16 years at their NetOne building base as the depleting patronage could not sustain operations. Fortress 88 at the Ambassador Hotel is one of the few spots that has given solace to rumba loyalists, but still, that is just about it.

Considering that at the moment the rumba vibe is as good as extinct on the local entertainment scene, business mogul Genius ‘Ginimbi’ Kadungure might be tempting fate when he hosts Congolese rumba giant Fally Ipupa at the HICC on May 26.

Memories of the successful Davido gig he recently held at the same venue might still be fresh, but this is a totally different ball game.

Josh Hozheri might have a clearer picture, having hosted last year’s Carnival Rumba Night, which was headlined by one of the biggest rumba artistes on the planet, Werrason. It was a massive flop. Werrason only got to rescue his pride at the main carnival concert which had a non-paying crowd.

Maybe Ginimbi might just be the spark that is needed to re-ignite the rumba flame that once blazed on many dance floors across the country.

This upcoming gig is the first real test for the business mogul on the promotional landscape.

Does he have the magic to “Fill Up the HICC” with a rumba act.

Only time will tell if the “Original” hit-maker has what it takes to conquer one of the most treacherous venues in the capital.

The Koffi Olomide protégé might not be popular to the uninitiated, but his credentials cannot be questioned as he has managed to ascertain his artistry on the international scene.

Rumba fans are familiar with some of his hits that include “Sexy Dance”, “Jupka”, “Nyokalessé”, “Hustler is Back”, “Orgasy” and “Anissa”. He has also collaborated with other global stars like R Kelly, Olivia, 2 Face, Salif Keita, Flavour, J. Martins and DJ Arafat, to name a few.

The artiste is definitely one of the shining lights on the international rumba scene but the complexity of local music fans is not to be underestimated.

In this day and age where dancehall, hip-hop, EDM, Afro-pop and house music have become the sounds of choice for the youths, rumba is considered music for the mature, which could be the reason why Oliver Mtukudzi was also roped in for the show.

Some critics have highlighted that Fally’s sound is more urbanised, which makes it more appealing to a younger generation while old school types would prefer their Koffi Olomide or Zaiko Langa Langa.

In an interview with The Sunday Mail Society, Diamond Musica front man Pitshou Lumiere admitted that rumba had fallen by the wayside but still had the potential to bounce back.

“In the ’90s and early 2000s, rhumba was so huge in Zimbabwe because of the rhumba bands that used to perform locally and were also releasing albums and singles which made Zimbabweans fall in love with the genre,” said Lumiere.

“Around 2005, rumba was becoming unpopular and some of those bands or band members like Lubumbashi Stars and Real Sound of Africa left the country. Our band also left and we were travelling across Africa, trying to penetrate new markets but we were not releasing new music until 2013.”

The artiste believes Ginimbi’s move to bring Fally will expose more people to the genre.

“The king Fally Ipupa is coming. I really appreciate Ginimbi Entertainment for bringing our star to Zimbabwe and I believe this is the right time for rhumba patrons to witness how good Fally Ipupa is now.

“Remember Fally used to be Koffi Olomide’s band member and ever since he left Koffi’s band, he has built his name internationally. This artiste has made a huge contribution to rumba music and I am sure bringing artistes of his calibre to perform here can bring rumba back on the local map.”The Sunday Mail