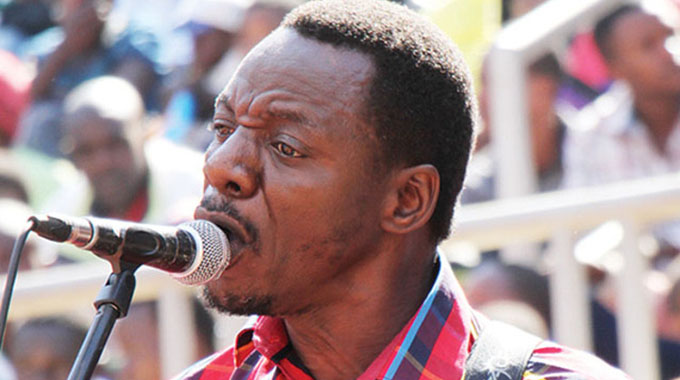 Promoters pretend to be friends with artistes. Despite the glamour and popularity that come with it, most of showbiz stars fake the funk.

They smile when they are low and pretend everything is fine because they have a “face” to protect.

If you meet Alick Macheso in the streets, he will always wear his trademark grin even if the chips are down.

Who smiles after losing a $10 000 deal? Nash Paints boss, Tinashe Mutarisi, ironically the man spearheading the campaign to have Macheso awarded a PHD, is the same man who allegedly dumped Macheso after he was “done” with him!

What is Nash Paints’ renewed interest in sungura champion Macheso’s cause?

Could it be that because he recently announced that he is releasing a new album and Nash Paints are taking a gamble that it could be a hit and they could use him again?

There was a social media furore recently when the paint manufacturing firm unofficially “unveiled” Jah Prayzah and EX-Q as their new brand ambassadors.

This role was held by sungura music kingpin Macheso. A legion of Macheso fans blasted the company for dumping Macheso — a man whose role was a catalyst to Nash Paints’ current status as one of the big paint brands in the country.

Mutarisi categorically stated that Jah Prayzah and Ex-Q were not their brand ambassadors.

This development left Macheso in the cold but he keeps smiling!

“We have no issues with Nash Paints. Our contract lapsed and we are in good books,” said Macheso publicist Tich Makahamadze.

Such is show business! Both parties appear to be in “good books” but the reality is an open secret — Macheso was dumped. Period.

Although Mutarisi denies engaging JP and EX-Q as brand ambassadors, the two artistes have assumed an ambassadorial role for the company as evidenced by the constant use of their images in its promotional campaigns.

The writing is on the wall!

Although the relationship is said to be non-commercial, the fact remains that the two artistes are the “unofficial” brand ambassadors for the fast growing paints company.

The social media jury accused Nash Paints of using Macheso. Their brand grew riding on his fame and now that they achieved what they wanted, they dump him and choose a fresh face.

Nash Paints is a business that is into profit making and it appears Macheso’s waning fortunes rendered him an extra baggage to the company.

Nash Paints boss is not apologetic and he was tongue in cheek to stand by his decision of using JP in his commercials:

“Thank you for your comment bra (sic) I agree with you. However, if someone is loyal to me, I will be loyal to them. JP is a good friend saka bad publicity or no bad publicity I will stand by him. Thank you for supporting my business my brother. I hope things are working out for you too,” he responded to one agitated fan who questioned his move of “dumping” Macheso.

“Haa marasika apa Nash Paints. It shows you are not loyal. Where is Baba Sharoo?” wrote one Jesca Tauzeni on Nash Paints’ official Facebook page.

Show business is cruel and it needs real warriors who can stand the heat. It needs enterprising individuals like Sulumani Chimbetu who can turn lemons into lemonade.

It’s not for the faint hearted.

And, as they say, in show business one needs to make hay while the sun still shines! The Herald