Khloe Kardashian is persevering with breastfeeding, despite finding it “tricky”. 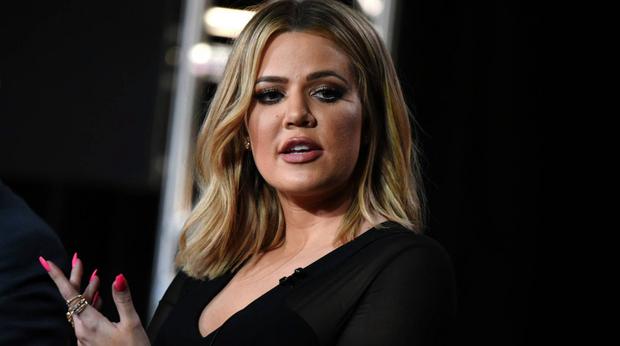 The 33-year-old reality star welcomed daughter True – whom she has with Tristan Thompson – on April 12, and her mother Kris Jenner has revealed that although she hasn’t quite got the hang of nursing her tot, she is determined to keep trying.

Kris, 62, told ‘The Ellen Degeneres Show’: “She is so excited about motherhood, and trying to get the nursing thing down which is a little tricky.
“Well, she is trying, she’s really trying. [Latching] was a little bit tricky when I was there. She’s figuring it out one day at a time and she’s just the best mum already and that baby is so cute. Little True”.

Khloe has been keeping a low profile since allegations emerged that her basketball player boyfriend Tristan Thompson had been unfaithful to her while she was heavily pregnant, and Kris also spoke of how “proud” she is of her daughter’s strength.

She said: “Khloe is amazing, I am so proud of that kid. I get chocked up because she is such a good mum and honestly it gets so emotional because I was in Cleveland last week and it was so snowing, and she was nestled in and the nursery, and the baby and she is just concentrating on that, just being a mum, her baby and that is what her sisters are doing as well.”

Kim Kardashian breaks down… says divorce with Kanye West a…

Kim Kardashian files for divorce from Kanye West after seven…

Kim Kardashian asks Trump for clemency ahead of US…

Kris’ comments come after the ‘Keeping Up with the Kardashians’ star revealed she was applying her “own style” when it comes to parenting.

Khloe recently tweeted: “When it comes to pregnancy and parenting, I’ve taken advice with a grain of salt – everyone has their own style.”
The blonde beauty’s older sisters Kourtney Kardashian and Kim Kardashian West are strong advocates of breastfeeding and the benefits it has for both mother and baby.

Kim, 37, welcomed her third child, daughter Chicago, via a surrogate in January, and is breastfeeding the new baby herself.

She revealed when two-year-old son Saint was a baby she struggled with nursing, as four-year-old North got jealous.

Kim said: “I’m not gonna lie – it can be time-consuming.

“For some reason, North hates when I feed the baby, and she lays on my lap so Saint can’t be right in front of me to eat.”

Her solution was to pump milk so daughter North could help bottle feed him.

Kim said: “That totally worked! She loved helping me, as opposed to my attention being off of her, and now she is my little helper.” IOL