In 2016 it did not take place and when it returned last year it was a bit low key. 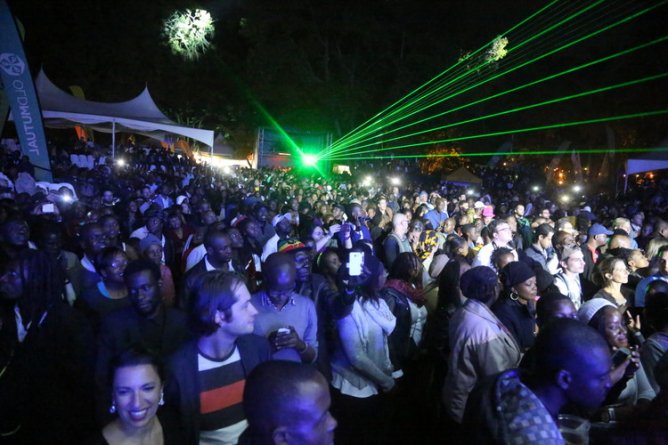 This week, the festival roars to life without its old panache exacerbated by an additional cocktail of factors resulting in the 18th edition being somewhat drowned. Hifa 2018 is a day away but there is no much excitement about it!

The glint and hype that characterised previous editions has been absent in the run-up to the forthcoming festival as was the case last year. Hifa’s publicity machine did their best but counter attractions like last weekend’s “30 Billion Concert” and Thomas Mapfumo’s “Welcome Back-Big Bira”, which was set to take place last night, simply overshadowed them. The aforesaid gigs have been the talk of town (in all spheres) in the past month while Hifa’s coming appears only known to scheduled performing artistes, sponsors and journalists.

The South African musician is performing in Zimbabwe for the first time in 10 years as part of his Final Journey World Tour at a one-day concert in Harare. Clegg’s event not only coincides with Hifa but also targets an almost similar crowd as is the case with The Fringe, which will run concurrently with Hifa from May 1 to May 6 at Theatre in the Park (a venue that previously hosted some of Hifa’s programmes).

The annual Castle Tankard horse race competition taking place on May 5 at the Borrowdale Racecourse falls into the matrix as well. The Delta Beverages sponsored event will be graced by sungura king Alick Macheso and revered chanter Wallace “Winky D” Chirumiko.

Hifa is indeed under siege. But the festival’s associate executive director, Tafadzwa Simba, says they are not losing sleep over “events” that happen outside their purview.

“It requires quite a lot of time and dedication to work on an event that around one thousand Zimbabwean artistes and nearly two hundred visiting ones take part in. It is our desire to ensure that the events we hold reach at least the minimum levels of quality. Hifa’s efforts and concentration is therefore on Hifa at the moment,” said Simba.

To their credit, organisers of the international fiesta have come up with a better programme compared to last year.

However, the absence of a solid and inform star attraction might this time around prove to be their major undoing.

One hopes Winky D’s evergreen stage work and the allure that drips from Beatenberg’s work will go miles in assisting Hifa pass the Clegg test on May 4.

Freshlyground is not a proper choice headline act for a premier international festival today, but the group’s history makes their Hifa closing set a must attend. The South African Afro-Fusion group failed not once but twice to perform in Zimbabwe.

In 0ctober 2010, the Immigration Department denied the group work permits, forcing them to cancel their show in Harare. In 2014, the group was turned back after landing in Harare, ruining a hugely anticipated performance at Hifa.

Certainly they have a thing or two to prove.

Financial constraints and donor fatigue are the major cause of Hifa’s current predicament.The good thing though is Hifa still has a pulse and the organisers need to be commended for their spirited effort in putting together this year’s edition. Zimbabwe’s hosting of the weeklong fete is good for a plethora of reasons.

The employment it creates, money organisations like the National Arts Council of Zimbabwe make, opportunities for local artistes, business for hospitality players etcetera.

“We are indeed grateful and happy to once again put the festival on for the benefit of the public. As you can imagine, putting on any event of this size is not easy. There are often new and interesting challenges that come in different years. This year’s new challenge was the restrictions on how flight tickets are bought. We are grateful however that things are progressing well,” adds Simba.

“We do take practical stock of what we are doing and how we are doing it. One of the new things we have done which also addresses the issue of improvements in the future, is the introduction of a third box office for ticket sales. We will continue to add to the number of box offices to increase convenience for audiences.” The Sunday Mail

It rains goals, missiles at Ascot

Harare International Festival of the ArtsHIFA