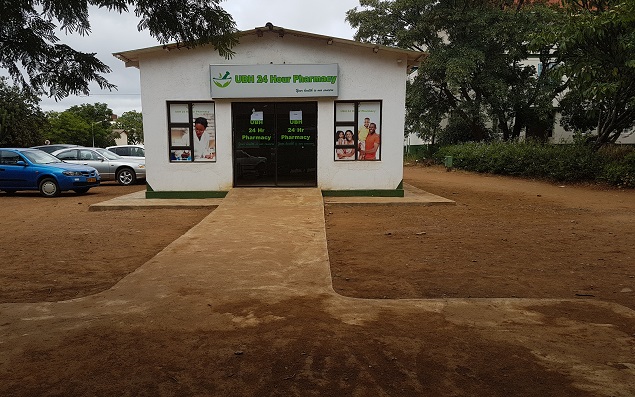 The Medicines Control Authority of Zimbabwe (MCAZ) last week closed down United Bulawayo Hospitals 24-hour private pharmacy which was allegedly operating illegally at the hospital premises resulting in police seizing all the drugs from the outlet.

MCAZ spokesperson Mr Shingai Gwatidzo confirmed the closure of the private pharmacy, adding that the matter was now being investigated by the Zimbabwe Republic Police Criminal Investigation Department Drugs and Narcotics Section.

“The pharmacy was closed following an enforcement inspection on Thursday 12 April 2018 because it was operating without a MCAZ premises licence and without the continuous personal supervision of a licensed pharmacist, as required by Section 55 of the Medicines and Allied Substances Control Act Chapter (15:03),” he said.

Sources close to the happenings said a local businessman was awarded the tender to run the pharmacy and he renovated the building, employed dispensary assistants and started to operate the unlicensed retail pharmacy. They said the place was never inspected and licensed by any of the three regulators such as the Bulawayo City Council, Health Professions Authority and the MCAZ.

Zimbabwe in dire shortage of medicines, allows pharmacies to…

Mr Gwatidzo said the private pharmacy’s association with the hospital was not proper.

“Investigations unearthed that the relationship between UBH and the private-owned pharmacy was that of a tenant and landlord (UBH) only, following a formal tender in 2016. The private-owned pharmacy therefore failed to comply with the statutory requirements for running a pharmacy business, a provision which was clearly indicated in the lease agreement between UBH and the private company,” added Mr Gwatidzo.

The pharmacy has been dispensing medicines to patients without the services of a pharmacist or a pharmacy technician which is illegal. Contacted for comment, an official with Pharmacist Council of Zimbabwe said it was illegal for a pharmacy to operate without a qualified and registered pharmacist or pharmacist technician because there were dangers that patients could be given wrong medicines. The official said it was also surprising that the pharmacy at such a big hospital was all along operating without qualified personnel putting the lives of patients in danger.

According to the HPA Act, a pharmaceutical business must be at least 51 percent owned by a pharmacist, but the UBH private pharmacy is owned by a businessman and there were no certified pharmacists who co-owned the business.

“As the national medicines regulatory authority, MCAZ mainly deals with regulation of medicines and medical devices to ensure medicines intended for sale and distribution are safe, effective and of good quality. By virtue of the need to ensure equitable access to safe, effective and good quality medicines, MCAZ encourages ethical and lawful procurement and supply of medicines, as dictated by the guiding statutes,” said Mr Gwatidzo.

Initially when the pharmacy was opened in 2016, UBH chief executive officer Mrs Nonhlanhla Ndlovu said the hospital board came with an idea of partnering a private pharmacy, to assist people access medicine, which was not readily available at the institution’s pharmacy due to funding constraints, especially from the Government.

“The whole idea behind building this pharmacy was to help patients who fail to get medicine from the hospital pharmacy and also we are running away from a case whereby our patients have to travel to town to buy medicines,” said Mrs Ndlovu then.

She also said the hospital pharmacy would not be closed but would be complemented by the then new pharmacy.

When Sunday News contacted Mrs Ndlovu for comment she was said to be going for a meeting together with the clinical director Dr Narcisaus Dzanga and could not be reached for comment until the time of going to Press. The Sunday News

Man rapes daughter at knife point, offers to marry her

Zimbabwe in dire shortage of medicines, allows pharmacies to import