“Highlanders fear no one”: Bosso, Chicken Inn square off in derby

Bulawayo giants Highlanders tomorrow come up against a bruised and hungry Chicken Inn in what will be Madinda Ndlovu’s real challenge in the five games that his side have played to date in league games. 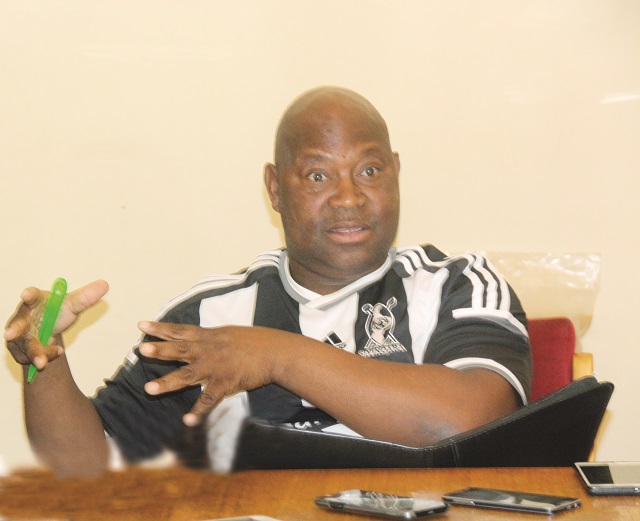 Never mind that Bosso have collected 13 points from a possible 15 while Chicken Inn have failed to collect maximum points on the road, tomorrow’s encounter has the potential of making a mockery of that statistic.

Pressure is definitely on the GameCocks, who, despite not announcing it publicly, are clearly targeting their second league title in three years hence their shocking decision to part ways with Rahman Gumbo and bring back the man who made them break the ice in 2015, Joe Antipas, but their results on the road so far have not been convincing.

They have not only failed to win but they have also fired blanks, drawing 0-0 against league debutants Nichrut before painfully going down 0-1 to fellow championship aspirants Ngezi Platinum last week.

So, for those who thought Gumbo was not good enough to deliver them their desired results especially after Bosso pummelled them 0-4 last season to effectively end any dreams they had of a league title, only a positive result against Highlanders will soothe those frustrations.

The GameCocks enjoy better head to head results against their hugely followed opponents and maybe that psychological advantage which also might come with the urge to revenge the ZNA Charities Shield loss they suffered earlier this year.

Ndlovu is, however, not a worried man about the previous results and like before, says they only worry about things that they have control of.

“We fear no team in the Premier League because we are competing at the same level and it is only when we have not prepared well that we can lose a game but if we prepare well we are ready for any battles, ready for anybody in the league. Gone are the days when you have to classify teams and say these are small or big teams, all teams prepare well these days and come in ready to fight,” said Ndlovu.

He said their clash against Chicken Inn this year in a charity encounter gave them a few hints of what they are made of.

“We will expect that they really won’t make drastic changes but if they do, it will mean they will be having a new set of players.

“We know their philosophy, how they function in as much as they might have knowledge about us but we will go out there to stage a big fight and hopefully get the three points,” said Ndlovu.

Bosso are however likely to miss three players due to injury.

“That is probably why we are allowed to register 30 players. Yes these are soldiers and soldiers get injured on duty hence these injuries don’t come as a surprise, it’s man at work,” said Ndlovu.

Tomorrow’s derby is the only match in the city as the other two sides, Bulawayo Chiefs and City are on the road.

Chiefs, who have really given a decent account of themselves in their debut season, are at Vengere Stadium this afternoon against fellow debutants Mutare City while Chiefs face Herentals at Rufaro Stadium with Amakhosi coach Darlington Dodo fully aware that any result other than a win might see him being the first coaching casualty this season.

“Despite their invasion of the market where they brought on board tried and trusted veterans, City have struggled to hit consistency.

Aiming higher: My music is not a tuck-shop business, says Jah Prayzah