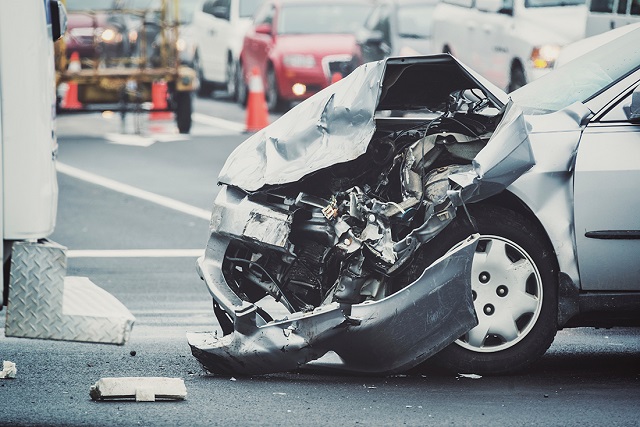 Four people died, three on the spot, while one was seriously injured when a Toyota Funcargo they were travelling in veered off the road and rolled once before landing on its left side along the Masvingo-Beitbridge Road yesterday.In a statement, national police spokesperson Senior Assistant Commissioner Charity Charamba said the accident occurred at around 6:30AM at the 38km peg near Steven’s Business Centre.

She said the names of the deceased would be withheld until their next of kin have been notified.

“In Masvingo four people were killed near Steven’s Business Centre when the driver of a Toyota Funcargo lost control of his vehicle which veered off the road before landing on its left side,” said Snr Asst Comm Charamba.

She said police were concerned with the recent fatal road traffic accidents which have occurred in the country.

Zim police chief Matanga bans use of spikes amid public…

Over US$10 million missing at ZINARA, “it operates…

“The Zimbabwe Republic Police is concerned with recent road traffic accidents mainly attributed to causes such as following too close behind and failure by motorists to use reflective triangles when their motor vehicles breakdown. Pedestrians are also being knocked down when crossing roads,” Snr Asst Comm Charamba said.“Police are urging the motoring public and pedestrians to be alert and observant as they are both users of the road. Motorists should not follow each other too close when driving but instead they should maintain the stipulated distance between vehicles.”

The accident death toll since the Easter Holiday has risen to 53 after 49 deaths recorded last week.

The figure also includes seven people who perished near Rutenga Business Centre when a car they were travelling in collided with a trailer that had dislodged from a Tombs bus coming from the opposite direction.

Meanwhile, the Masvingo business community has called on the Government to speed up the re-tendering of the Beitbridge-Harare-Chirundu dualisation project citing the number of accidents that occur along the road. “We call upon Government to expedite the process of re-tendering the dualisation project after it was withdrawn from Geiger International,” said prominent businessman, Mr Benjamin Mazarire.

The Austrian company failed to start the project on time forcing Cabinet to stop the contractor from partaking in the project. The Chronicle

Over US$10 million missing at ZINARA, “it operates like a tuck-shop”