Down Memory Lane with Bernard Zikhali

“I am proud to have contributed to the development of Zimbabwe football both as a player and coach especially in the Midlands area. I played for Que Que United and Riscosteel ( later Ziscosteel). I also coached Ziscosteel , Lancashire football clubs and Chrome Stars. I cherish this input because apart from my personal development, it gave me the satisfaction of having mentored others!” 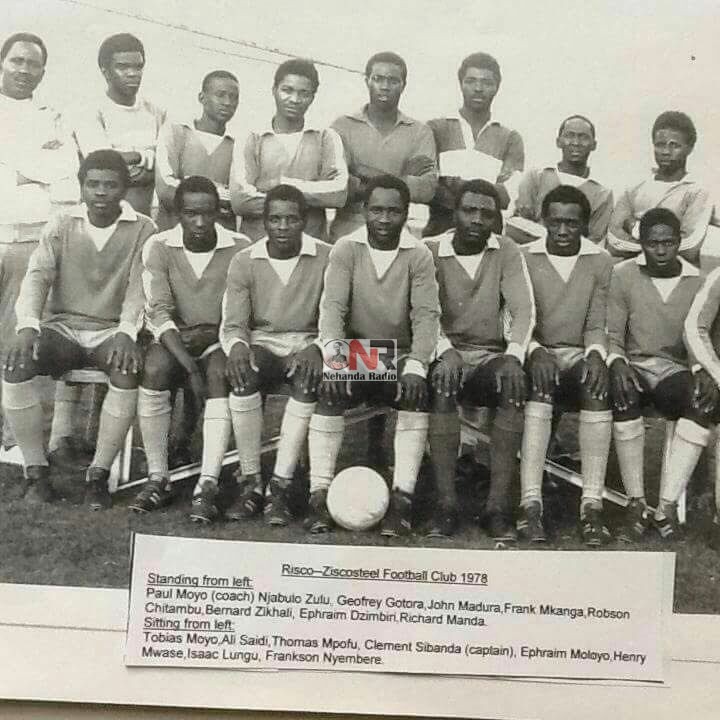 These are the words of former Ziscosteel football club winger and veteran coach Bernard Zikhali, the man who dedicated over thirty years of his life to football in Zimbabwe.

How did this life of long service to football begin? His is a long fascinating story with highs and lows, triumphs and setbacks, tears of joy and tears of disappointment all crammed in those thirty years of football experience. It was a rollercoaster life which gives credence to the adage, what does not kill will make you strong. Bernard Zikhali overcame a lot of challenges to reach the zenith of his career.

It is a lesson in persistence in the face of adversity and our young players and coaches can borrow a leaf or two from the legend’s experience. Bernard was born in Zhombe but grew up in the Midlands capital of Kwekwe , then known as Que Que by the colonial authorities.

Lot Chitakasha: Lessons from AFCON…. my thoughts and…

Remembering Rodrick Muganhiri…. genius on and off the…

The city has produced many football stars among them Frank Mkanga, Victor Dhliwayo, James Takavada, Ephraim Dzimbiri, Frankson Nyembere , legendary coach Paul Moyo and ours truly Bernard Zikhali. Later generations of stars include Kennedy Nagoli, the only Zimbabwean to play in Brazil, the home of football, Newman Bizeki, Paul Gundani and Petros “Gala” Sibanda, great players in their own rights. Indeed, this is a football rich city.

The mining company helped to provide facilities and jobs for the players and this explains the abundance and concentration of talent. Sadly, this is all gone, stadiums such as Mbizo and Baghadad are now pale shadows of their former selves.

Many facilities are like that nationwide, dilapidated but that is a topic for another day. In 1968 , Bernard joined Ziza United a shadowy political outfit which used football as a camouflage to hide their political agenda. The players knew little about this, for them it was just another opportunity to hone their football skills. They only came to realise what was happening when some officials from the club were arrested for being a threat to public security.

Since the team did not offer any career opportunities, most players decided to move on. Despite playing for bottles of coca cola and fanta, they had been well coached and this allowed most of them to move on. The formation of KB Rockets by the Kambasha brothers and Kwekwe United by the Kwekwe Municipality opened avenues for career development for most of the players from Ziza United.

Most of Bernard’s teammates opted for KB Rockets but a job offer from the municipality run Kwekwe United was irresistible for Zikhali. “They gave me a job as a librarian, it was both prestigious and not physically demanding, this allowed me to go for training relatively fresh.”

This adventure lasted for a year before Ziscosteel then known as Riscosteel came calling. Nick Murphy, the coach had been impressed by Bernard’s performances during one friendly game and wanted him in his team.

“Murphy enticed me with the offer of a sporting trip to South Africa which the team was about to embark on. It was too good to turn down so I quickly joined,” said the legend. This marked the beginning of a fruitful marriage with Ziscosteel which saw him winning the Castle Cup and become player manager at the tender age of 30.

The icing on the cake was also a senior managerial post in the Housing Department. Bernard was part of the team which rose through the divisions from 1972 until 1977 when they reached the then Super league. This was a remarkable achievement. The team was a force to reckon with and this culminated in their 4-1 hammering of BAT Ramblers in a Castle Cup final in 1978.

“We had a strong team and a game plan, attack and attack early, it worked , and we never gave Ramblers a chance to recover,” said the legend beaming with pride. The team had the attacking prowess of Frankson Nyembere, Ephraim Mloyi, Richard Manda, Ali Saidi, midfield enforcer Tobias Moyo together with Njabulo Zulu with the added stability of Frank Mukanga in goals and captain Clement Sibanda a pillar in defence.

“Winning the Castle Cup was my greatest achievement, I did get a few National Team call ups but the competition was stiff! I played with and against great players, George Shaya, there was none better, Archford Chimutanda, he could have played anywhere in the world, Majuta Mpofu, very underrated and David Madondo.”

Among his teammates, Zikhali has great respect for Victor Dhliwayo, Frank Mkanga, Frankson Nyembere, Ali Saidi and Ephraim Mloyi, “ We had great quality, the list is just too long,” said the humble legend.

From 1972 to 1982, the legend commanded a permanent jersey in the team. Coaching Career. “Some people achieve greatness, others have greatness thrust upon them”, is a Shakespearean statement often quoted by many. Does it apply to the coaching career of legend Bernard Zikhali.

This indeed can be a legitimate debate to have because the coaching job when it came, was unplanned for. The sudden resignation of his mentor Paul Moyo resulted in Zikhali being thrust into the hot seat at the tender age of 30.

“I was young and did not have any coaching badges but I had learnt a lot from Paul and I decided to give it a go. Little did I know that I was embarking on a new challenge which tested my character but also made me grow as a human being,” recalled the legend.

Bernard Zikhali coached Ziscosteel for 1982 to 1990 but left because he felt that there was too much interference from management. During this stint he benefited from the mentorship of Shepherd Murape who had been appointed Technical Advisor and Morrison Sifelani who was an Administrator at Ziscosteel.

He also worked with Zambian legend Fred Mwila who had vast football experience since he had played for Aston Villa. Zikhali also acquired some coaching qualifications from coaching clinics conducted by Be Koufie who had come to Zimbabwe soon after independence on a government attachment. After leaving Ziscosteel, he joined Lancashire from1990 to 1992.

The team was in Division 3 and he helped them get promoted to Division 1. Another misunderstanding led to Zikhali leaving in a huff to join Chrome Stars. He was happy but the itchy feet struck and he left to try his luck in Botswana. Tafic , Gaborene Prisons, Extension Gunners are some of the teams he coached in Botswana.

After four years , he came back to rejoin Chrome Stars whom he got promoted to the Premiership. Then the heartbreak came, “ The company withdrew sponsorship soon after , it was disappointing because we had worked so hard!” The legend felt that he had run his race and decided to quit football and move to England. He is currently based in Manchester but still hopes to go back home to make a contribution.

In his football career, Bernard Zikhali is forever grateful to his mentor, Paul Moyo, Shepherd Murape, he regards him as one of the best coaches ever, Morrison Sifelani, a great administrator and Ben Koufie, a man with a football development plan. He is also proud to have mentored players like Herbert Chilembo, Salimu Samuel, Salemani Talebu and Paul Gundani, “my best product” he says.

About the future of football in Zimbabwe he could only say;

“We have to go back to basics, we should also treat football as business, this needs visionary leaders, it will not happen by accident…” Wise words indeed from the legend and veteran coach, let us go back to the basics and I think we all know what these basics are.