Full Text: Nelson Chamisa speech at launch of the Plan and Environment for A Credible Election (PEACE)

Zimbabwe stands on the cusp of a watershed election in 2018. A crucial election that should mark a complete and irreversible path towards legitimacy, democracy and prosperity in the country. 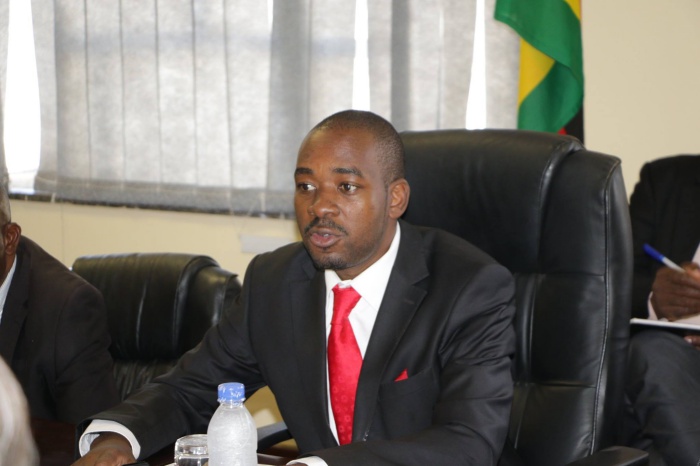 It is in that context that it becomes imperative to hold a truly free, fair and credible election not only in line with SADC and AU guidelines but also in line with international best practice.

Zimbabwe’s current toxic politics and negative socio-economic indicators are nothing but symptoms of a debilitating crisis of legitimacy stemming from a series of flawed and disputed elections since 2000. 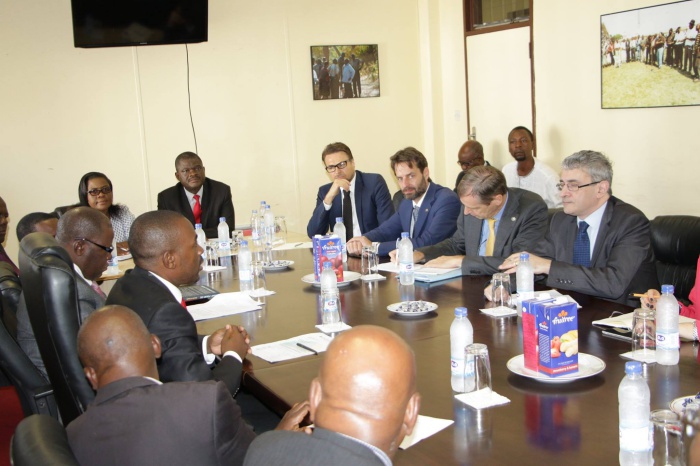 We should move beyond the symptoms to address the real issue—which is lack of confidence stemming from the doubted legitimacy of government.

President Emmerson Mnangagwa seems to be aware of the serious doubts about this crisis of legitimacy which is why he has been harping on the rhetoric that Zimbabwe will hold free, fair and credible elections. 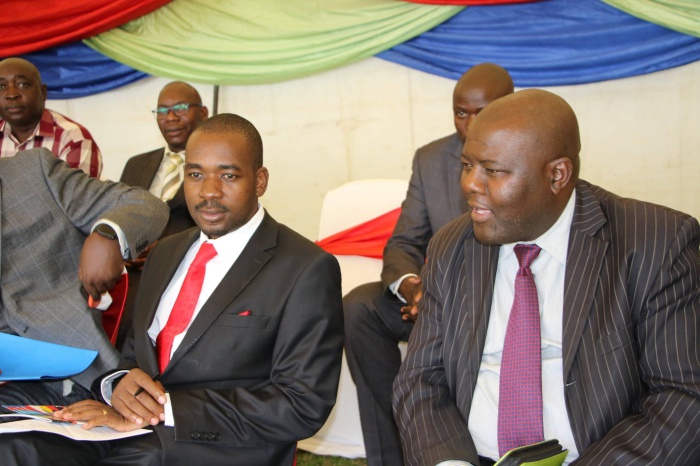 We laud the President for that promise but his rhetoric is empty outside substantive practical steps to ensure that we truly achieve a free, fair and credible election.

It is in that context that we gather here today to launch the document that enshrines the specific demands that the people of Zimbabwe are making ahead of this watershed election to be held in a few months time. 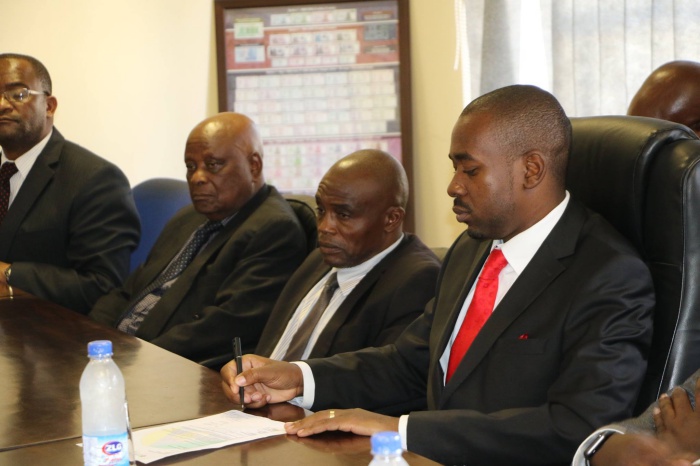 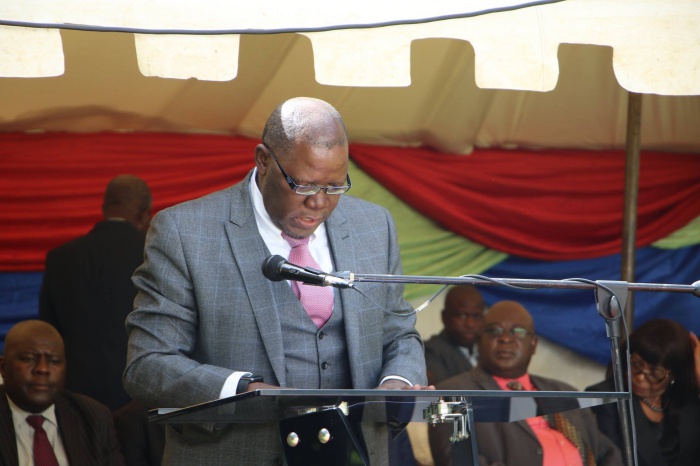 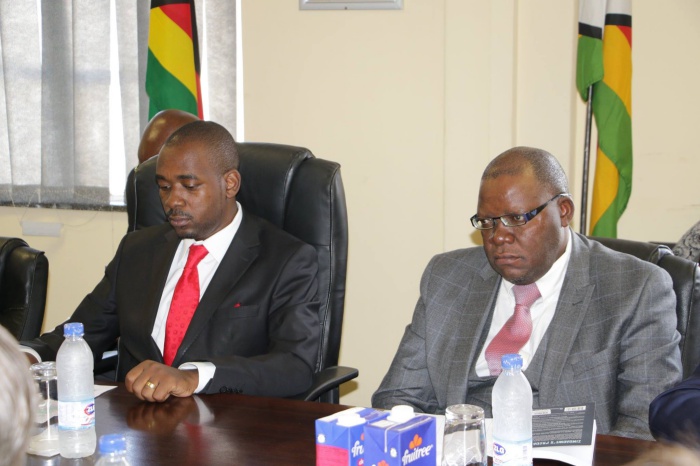 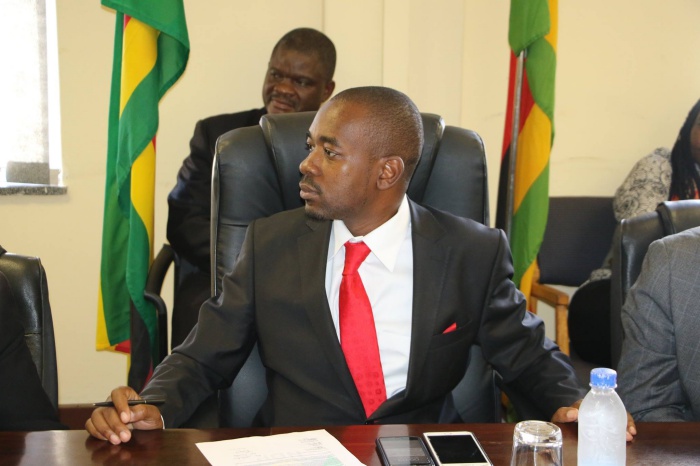 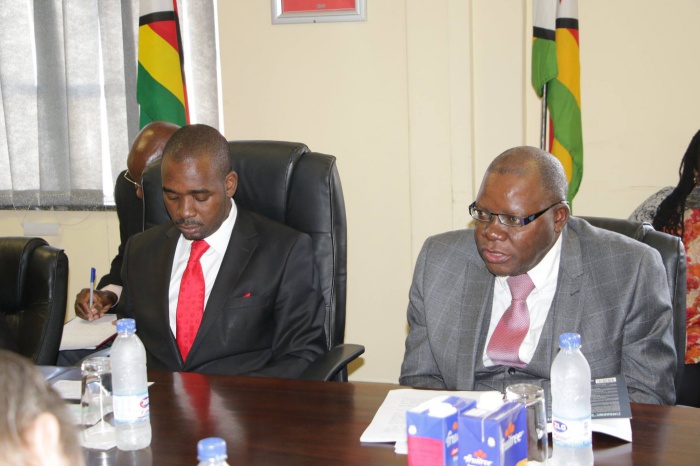 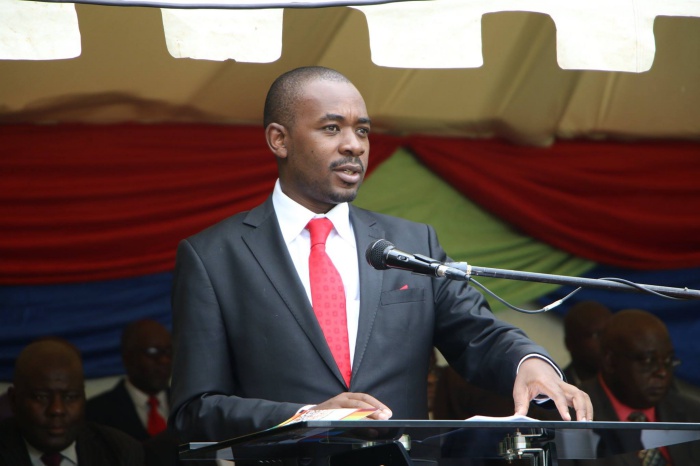 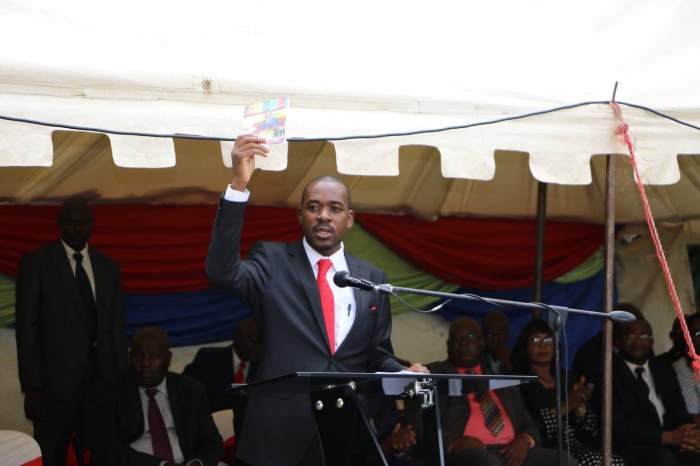 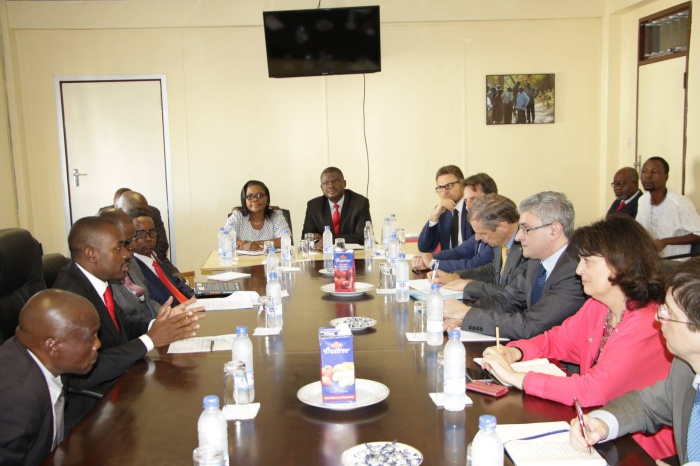 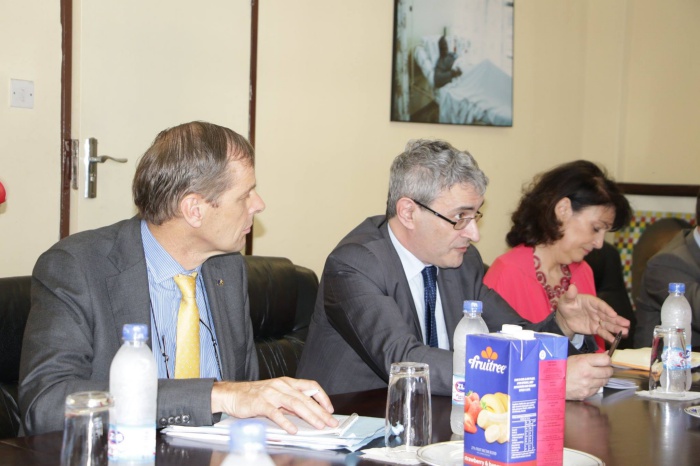 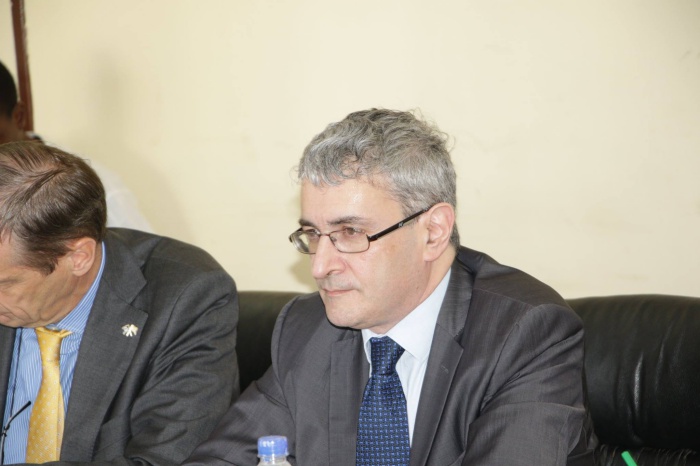 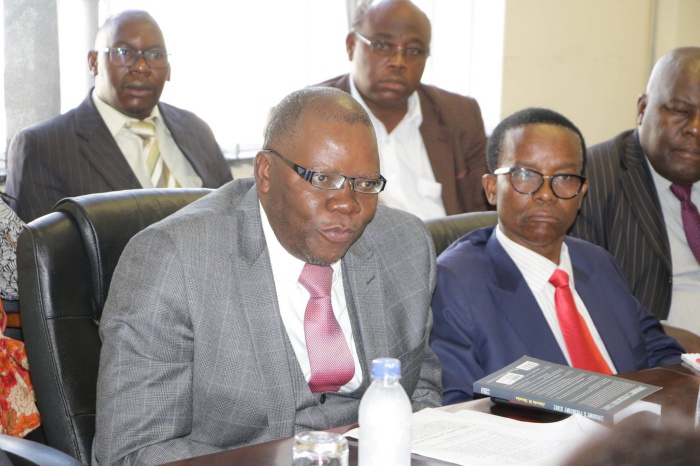 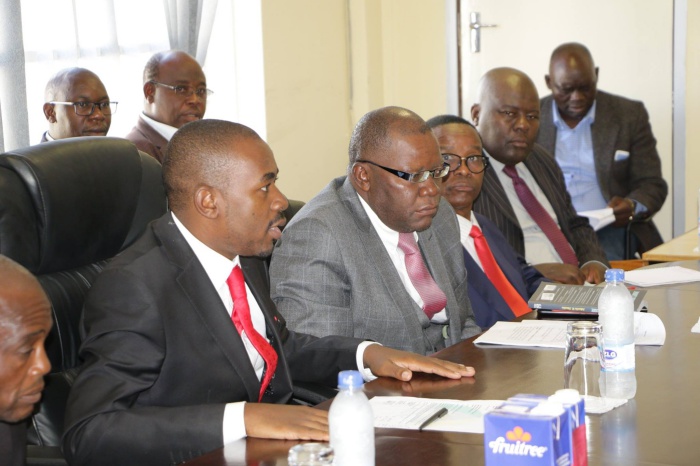 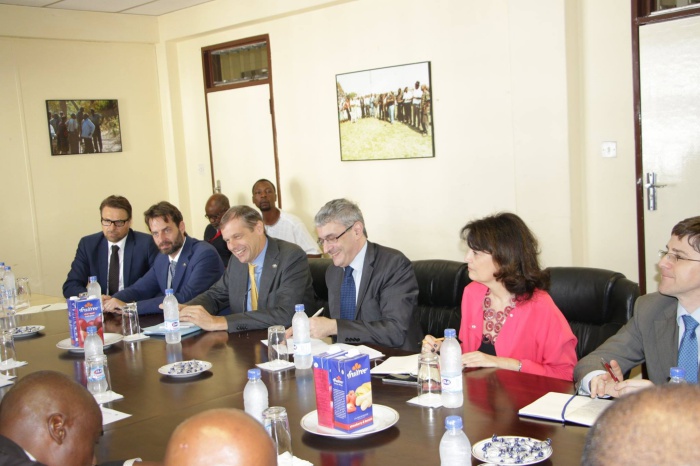 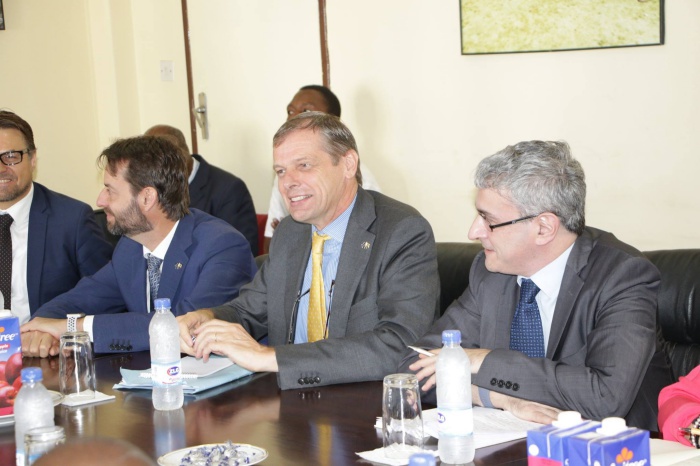 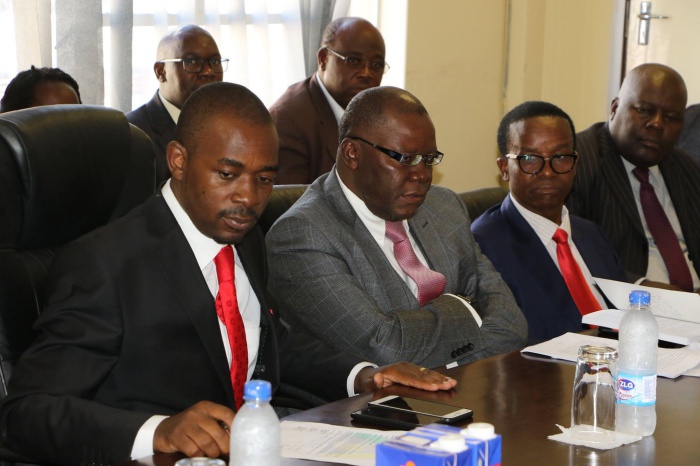 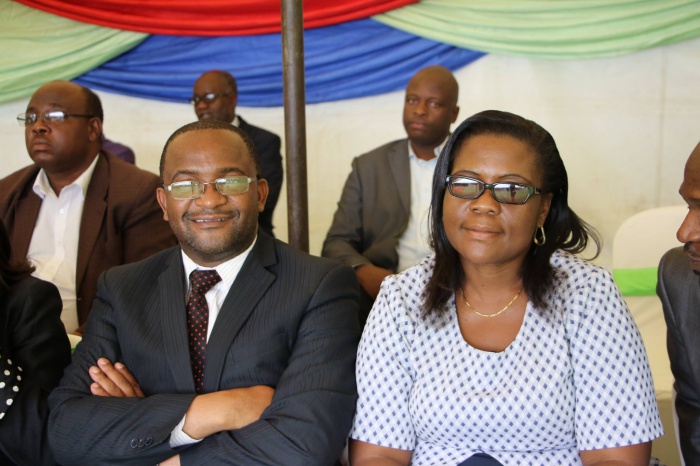 There is no short-cut to legitimacy. The only way to acquire legitimacy is through the sanctity of people’s will as expressed in a truly free, fair and credible election.

The reforms the people demand include—but are not limited to— the following issues:

Given the violence that has characterised our elections; the electoral environment remains a key matter ahead of the next election.

Zimbabweans want assurance that they will be able to express themselves in a PEACEful environment in which neither fear nor coercion are factors.

Since 2000, Zimbabweans have needlessly lost their lives on account of their political preferences and this has been acknowledged by various observer missions, including SADC and the report of the military generals from South Africa that has since been made public.

This is the irony of our situation that State-sponsored violence during elections has remained endemic, regardless of the fact that one of the reasons we waged a a protracted liberation struggle against white colonialists was to secure that right.

Indeed, the clarion call for “one-man-one-vote” was at the epicenter of the liberation struggle in Zimbabwe. It is ironic that coercion, fear, and outright violence continue to punctuate our elections as the State seeks to undermine the very right that we waged a protracted and brutal struggle as a nation.

It is important that the electoral environment be conducive to the free expression of the people in a free, fair and credible plebiscite.

2. The Voters Roll and Ballot Issues

The country last year held a biometric voter registration exercise which saw over 5 million Zimbabweans on the voters roll, according to the figures officials released by the Zimbabwe Electoral Commission (ZEC).

As stakeholders in the next election, we hope that we will be allowed to audit the voters roll to ensure that there is no pre-loading or post-loading of voters, among other shenanigans.

We need to assure ourselves well before the election that we have a credible register of voters. It is pertinent to note that in the last election in 2013, we were not even favoured with the voters roll and even some observer missions observed and noted this serious anomaly.

On the ballots, we believe that all stakeholders must agree on the identity of the company that will print the ballot as well as audit the quality of the ballot itself.

We have seen in some instances suspiciously far much higher number of ballot papers being printed compared to the number of registered voters.

For example, the AU observer mission report noted in the last election in Zimbabwe in 2013:

The AUEOM noted that the number of ballot papers printed (8.7 million), corresponding to 35% above the number of registered voters, was significantly higher than international best practices (5-10%) and raised concerns of accountability of unused ballots. The AUEOM hopes that ZEC will account for the ballots to the satisfaction of stakeholders and all interested parties.

As stakeholders, we do not wish to travel the same road again. It is therefore prudent that we be allowed not only to audit the voters roll but also the ballot papers and to investigate the quality of the same.

Section 61 of the Zimbabwe Constitution calls for presentation of divergent political views while both SADC and AU guidelines make it clear that all contesting parties to an election should be accorded fair and equal coverage.

The signs so far, just as in previous elections, have not been encouraging as the ZBC and other State media outlets have continued to parrot mainly the views of one political party.

Again, the AU observer mission commented on the overt bias by the ZBC in its coverage of the last election. The AUEOM report read in part:

48. The AUEOM’s emphasis, however, was on the function of the public broadcaster which has a central role in elections, in terms of the AU Charter (2007), to provide a platform for airing political messages or news coverage emanating from all political contestants.

Further, the Constitution of Zimbabwe provides fair opportunity for the presentation of divergent views and opinions. In this regard, the AUEOM noted that the national broadcaster tended to provide live and in-depth coverage largely to a single political party.

We therefore call upon the public media to grant equal coverage to all political parties as we are already in the election season.

In this regard, there is urgent need for the public media to be called upon to adhere to the dictates not only of the Constitution of Zimbabwe, but also of the SADC and AU guidelines on the conduct of free, fair and credible elections.

The traditional leaders, particularly the chiefs and village heads, have been abused to do the bidding of a political party ahead of Zimbabwe’s elections.

In the run-up to this election, some of the traditional leaders have been abused by Zanu PF to demand serial numbers of voter registration slips in an overt attempt to intimidate the electorate.

In some instances, village heads have been conscripted into the Zanu PF call structure in violation of the county’s Constitution.

We call upon the government of Zimbabwe, SADC, The AU and the broader international community to ensure that the high status of our traditional leaders is not abused and belittled for cheap political ends.

5. ZEC autonomy and the ZEC secretariat

The Constitution of Zimbabwe makes it clear that ZEC is an independent institution wholly autonomous from government. However, we note with the concern the high number of former officers from our military who are part of the ZEC secretariat.

For the record, e have high regard for our military but we believe that they must not partake in civilian processes such as elections.

ZEC has said that these are retired officers but it is particularly chilling to the voter to have our esteemed members of the military being conscripted into what should be an independent body.

It is our unstinting belief that the ZEC secretariat must be pruned of all suspicious characters.

In this regard, we note that one former major of the Zimbabwe national Army was recently promoted to the position of chief elections officer.

In other development that raises serious doubts about the independence and integrity of ZEC, we have seen a spate of resignations by its senior officials.

We have also seen the ZEC chairperson Justice Priscilla Chigumba in the company of members of a political party in a recent trip to observe Russia’s elections. This does not bode well for the integrity of ZEC, particularly on the eve of a watershed election.

Zimbabweans want a true return to legitimacy through a free and fair election. I have written to President Mnangagwa detailing our expectation as an Alliance on the reforms we want to see ahead of this year’s plebiscite. The country needs a break from the cycle of disputed elections.

Today, as an Alliance, we launch our PEACE document as part of our humble effort and contribution to the holding of a truly free, fair and credible plebiscite in our country. It is my pleasure to declare the MDC Alliance’s PEACE document officially launched.

They nearly killed me: Chamisa after surviving ‘assassination’ attempt