A nurse from Plumtree died on the spot while six people are admitted at the United Bulawayo Hospitals (UBH) after a commuter omnibus they were travelling in overturned and rolled several times along the Plumtree-Mphoengs Road. 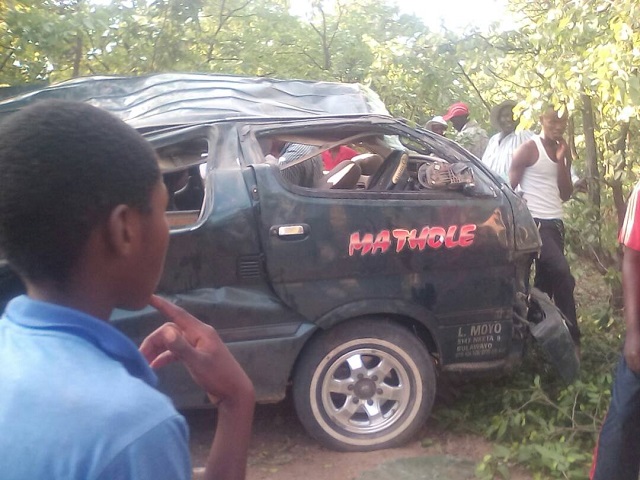 The accident occurred on Friday last week.The driver of the commuter omnibus from Mathole Transporters lost control after he allegedly tried to overtake a police vehicle. The commuter omnibus, which was enroute to Plumtree from Mphoengs, landed on its wheels after rolling several times.

Ms Sakhile Moyo, a nurse who was based at the Roman Catholic run St Anne’s Hospital in Mphoengs, died on the spot.

Matabeleland South police could not be reached for comment.

“It’s a great loss to the district and the Ministry as a whole. She was a dedicated and experienced midwife. As a Ministry we pass our heartfelt condolences to her family. May her soul rest in peace. It’s so sad,” said Dr Sibanda.

According to a police source, there were 18 passengers in the kombi. “At the Bhulu area, the driver saw a police truck in front of him. Because he was speeding he could not brake. He tried to overtake at high speed and lost control of the vehicle,” said the source.

“The six are admitted at UBH where they are in a serious condition. Some of the passengers were treated and discharged at St Anne’s Hospital,” he said.