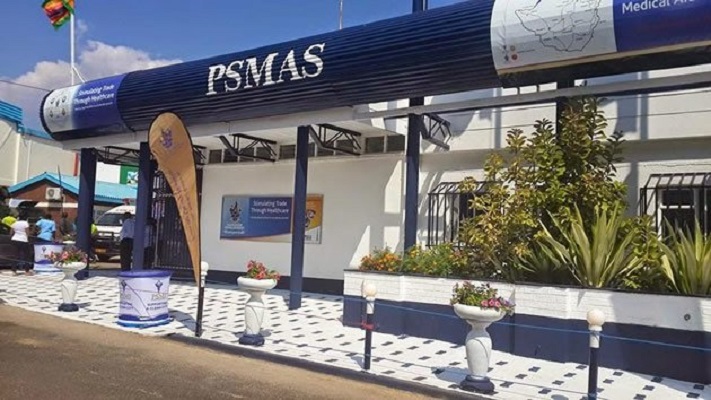 The group’s managing director Tendai Kapumha told The Financial Gazette yesterday that the plan was still at its infancy.

“The increase in drug prices by over 40 percent in the last few months has put us in a quandary as subscriptions have remained stagnant in the last four years,” he said on the sidelines of a tour of the company’s Client Services Centre in Harare.

“This is why as a group we are now interested in the manufacturing of drugs locally,” he said, adding that PSMAS is still weighing its options either to recapitalise existing pharmaceutical companies or establish its own drug manufacturing plant.

Broke PSMI hospitals and pharmacies shutting down after…

Parliament summoned over inability of civil servants to…

The southern African country is experiencing a serious shortage of life-saving clinical drugs, which is having an adverse effect on the health sector and put the country’s disaster preparedness in limbo.

Information gathered by this paper shows that funding for essential medicines and medical supplies is falling short of requirements as the National Pharmaceutical Company of Zimbabwe (NatPharm) is unable to meet demand.

NatPharm was set up to store and distribute drugs, but cannot carry out the procurement function because of lack of funding.

Government owes NatPharm $11 million and the debt has reportedly crippled most of its operations.

Zimbabwe requires $65 million for its weekly drug supply, but pharmaceutical companies are only accessing $3 million from government.

Kapumha said it was critical for government to prioritise the manufacturing of drugs such as anti-retroviral, diabetic tablets and insulin, and asthma drugs.

The country’s drug shortages started around 2007 when Caps Pharmaceuticals was experiencing financial constraints. Efforts to revive the company, which at its peak manufactured 75 percent of drugs in the country, are yet to yield any meaningful results.

The pharmaceutical manufacturer — at one time one of the largest in Sub Sahara Africa before plunging into a financial crisis — shut down operations five years ago due to problems related to undercapitalisation, massive debts and alleged management malfeasance.

Units under the group include QV Pharmacies, Geddes Limited and St Annes Hospital.

The latest development comes after PSMAS, which boasts of over 1 million members — has launched a lifestyle programme which it says will save the country up to $2 billion in health costs in the next five years.

The “Premier Lifestyle” is a response to the effects of non-communicable diseases which have been identified as a major consumer of productive time and cause of death due to modifiable lifestyle risk factors such as lack of physical activity, poor diet, risky behaviours such as smoking and high alcohol intake as well as stress.

With a local market share of over 70 percent by membership, PSMAS say the programme which teaches their membership on good living practices will most importantly, cause no side effects to patients as opposed to other medical remedies.

This, the group said, is a response to an increase in the burden from these conditions on its membership, which has also affected members’ employers and consequently resulted in increased healthcare costs.
— The Financial Gazette

Broke PSMI hospitals and pharmacies shutting down after ‘looting’