South Africa’s serious crime-busting unit (Hawks) have arrested a 31-year-old man, believed to be the ring leader of a gang specialising in stealing and smuggling vehicles to Zimbabwe through the Limpopo River. 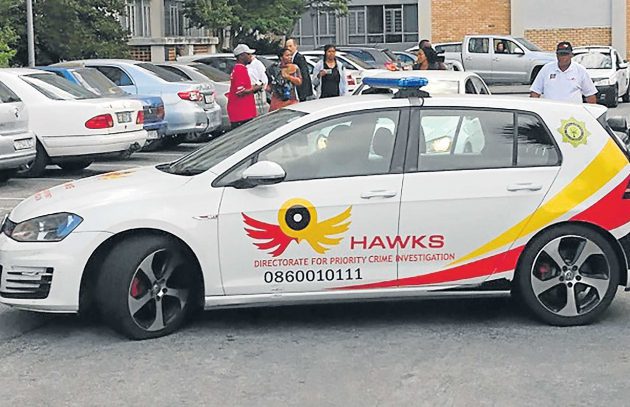 Frank Dube – a Zimbabwean, is accused of leading a team that stole a fleet of six Ford Rangers from car dealership in Palaborwa in January this year.

The man has been playing hide-and-seek with the police until his arrest yesterday.

Hawks Limpopo spokesperson Captain Matimba Maluleke said Dube was arrested at the Westgate Magistrate Court while attending court on a different charge of theft of a motor vehicle.

“The man is suspected to have led a syndicate that stole a fleet of new Ford Rangers at a car dealership in Phalaborwa in December 2017,” said Capt Maluleke.

“He appeared at the Musina Magistrate’s Court this afternoon (yesterday), where he was remanded in custody to March 13 for formal bail hearing.

“His accomplices; Tsununu Ahmad Maphosa (31) and Mpho Dzwuguda (26), were arrested in January and charged for possession of suspected motor vehicles. Dzwuguda was granted R3 000 bail, while Maphosa was remanded in custody until May 2, 2018.

“Five of the six stolen vehicles were recovered at Limpopo River near Beitbridge before they had crossed the border.”

He said Dube was also expected to appear before Masisi Magistrate’s Court to face charges of burglary at business premises and several counts of theft of motor vehicles.

He said further investigations were in progress and that they were still pursuing other members of the gang.

Capt Maluleke said incidents of cross border car theft and smuggling were rife, which has seen them crafting a raft of strategies to reduce the vice.

In the last six months, Zimbabwean and South African security agents recovered over 30 stolen vehicles along the border.

The Herald is reliably informed that the cars will be destined for Tanzania and Malawi, while others find their way into the local market. The Herald