Shabanie Mine have issued a statement disowning some fans that were clad in the team’s regalia and rooting for FC Platinum’s Total Caf Champions League preliminary round second-leg opponents Clube de Agosto of Angola at Mandava Stadium last month. 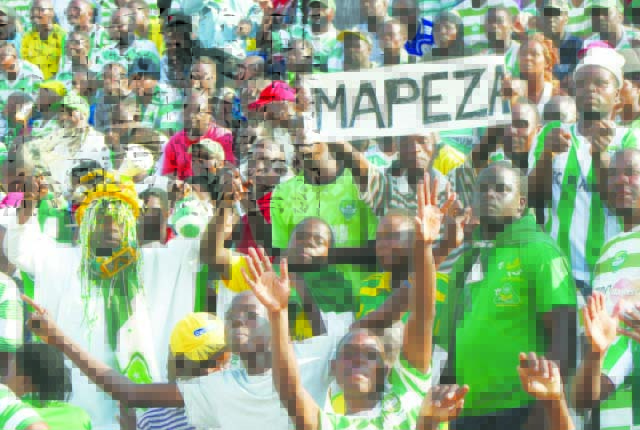 Pure Platinum Play went on to lose the encounter 1-2 to bow out of the continental club competition 1-5 on aggregate.

In a statement yesterday, Shabanie Mine FC spokesperson Weston Wesley said the Chinda Boys would never be so unpatriotic as to rally behind a foreign team in the name of rivalry.

“We as Shabanie Mine FC know that FC Platinum are our neighbours and we support them at all cost, moreover when they play against a team from another country. Those who supported Agosto are not our supporters because they were clad in that Angolan team replica jerseys. Maybe they were fans of another team, not Shabanie Mine. Neutral fans are found everywhere in the world from Stamford Bridge to Camp Nou,” said Wesley.

Shabanie Mine will be using Mandava Stadium this season following the condemnation of their Maglas Stadium venue by the First Instance Body.

“Chickens have come home to roost; we know that their supporters gave moral support to Agosto and it took them this long to disown their behaviour simply because they are now coming to Mandava Stadium. However, we are a professional outfit that doesn’t hold grudges. It’s rather embarrassing to support a foreign team in the name of town rivalry, which would be understandable if we will be playing any other local side,” said an FC Platinum official.

The two teams lock horns in the Zvishavane derby in Week 15 in what promises to be a blood and thunder affair.Last season FC Platinum collected four points from their town rivals, drawing 1-1 at Maglas before dismissing them 2-0 at Mandava Stadium. The Chronicle