An Ingwebu Breweries salesman was arrested for allegedly stealing 680 litres of beer from his employer early this month. Nkululeko Bhebhe (38) from Lobengula West suburb allegedly delivered 1 680 litres of beer at Masina Beer Garden in New Luveve, 680 litres more that he had been instructed to deliver. 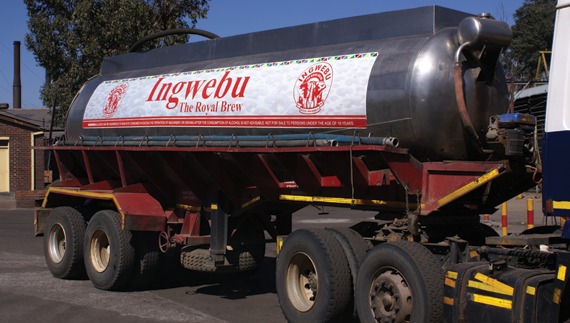 Bhebhe allegedly instructed Abigail Ndebele and Sitence Sibanda to keep the surplus beer saying he would collect it at a later date.

He pleaded not guilty when he appeared before Western Commonage magistrate Mr Lungile Ncube yesterday charged with theft.

Mr Ncube remanded him out of custody to March 7 for trial.

Ingwebu out of the woods . . . Shelves initiative to raise…

Bogus CIO fraudster convicted… once masqueraded as a…

Prosecuting Mrs Margaret Takawira said on February 5 at Ingwebu Breweries, Bulawayo, Bhebhe who is a driver and salesman at the company was given 8 847 litres of beer to distribute to different beer outlets.

“Before he left Bhebhe was instructed to deliver 1 000 litres of beer at Masina Beer Garden in New Luveve as the beer had already been paid for. When he got to Masina Beer Garden Bhebhe delivered 1 680 litres of beer but only receipted 1 000 litres,” said Mrs Takawira.“Bhebhe then told Mrs Ndebele and Mrs Sibanda that the extra 680 litres of beer was his and he would collect it at a later date. The two employees reported the matter to their manager who in turn called Ingwebu Breweries to inquire about the matter.”

The court also heard that the case was reported to the police leading to Bhebhe’s arrest and all the 680 litres of beer valued at $204 was recovered. The Chronicle

Ingwebu out of the woods . . . Shelves initiative to raise US$20m working capital