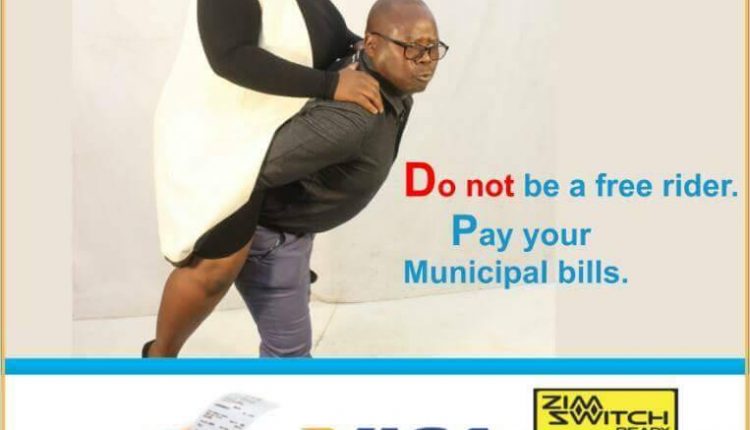 Harare mayor Bernard Manyenyeni has ordered the pulling down of an advert which features a man carrying a woman on his back. 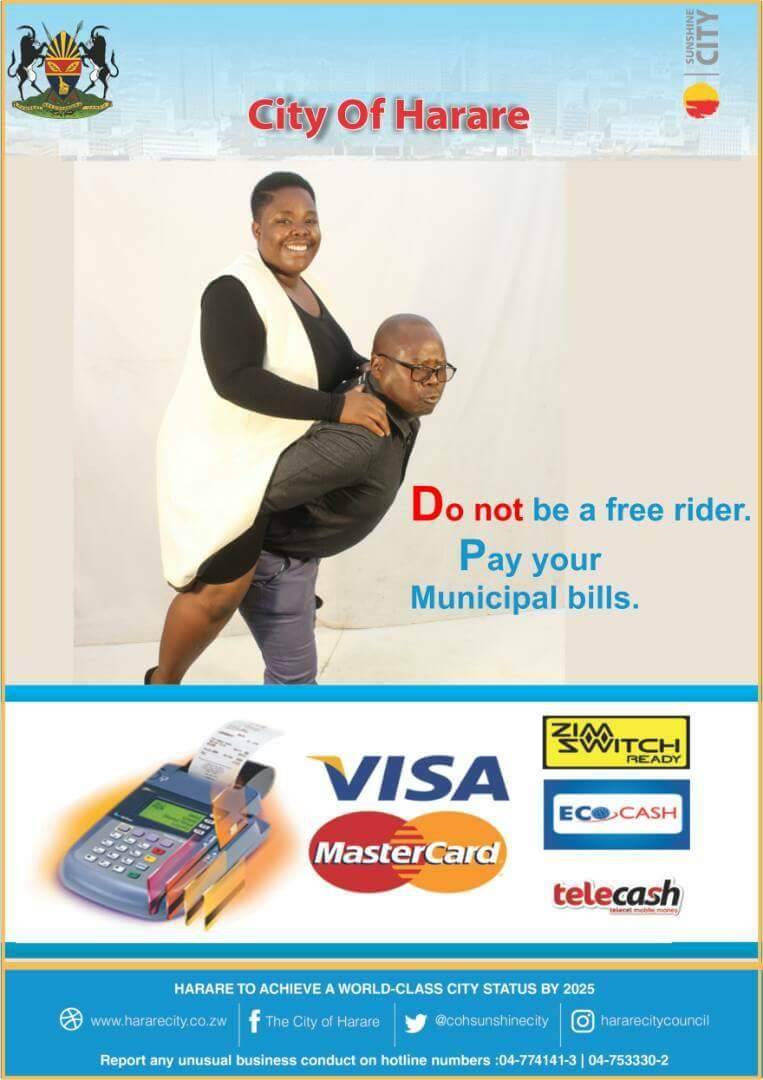 The new advert, which starred Wenera star Humba (Conrad Mwanawashe) carrying a woman on his back after failing to pay for services rendered, has been roundly condemned with some describing it as sexist.

Councillor Manyenyeni told H-Metro that in response to the ire shared by council’s stakeholders, he ordered the pulling down of the advert.

“I have ordered the pulling down of the advert in consideration of the anguish shared by our stakeholders.

“We have taken their feelings into account to reach that decision,” said Cllr Manyenyeni. 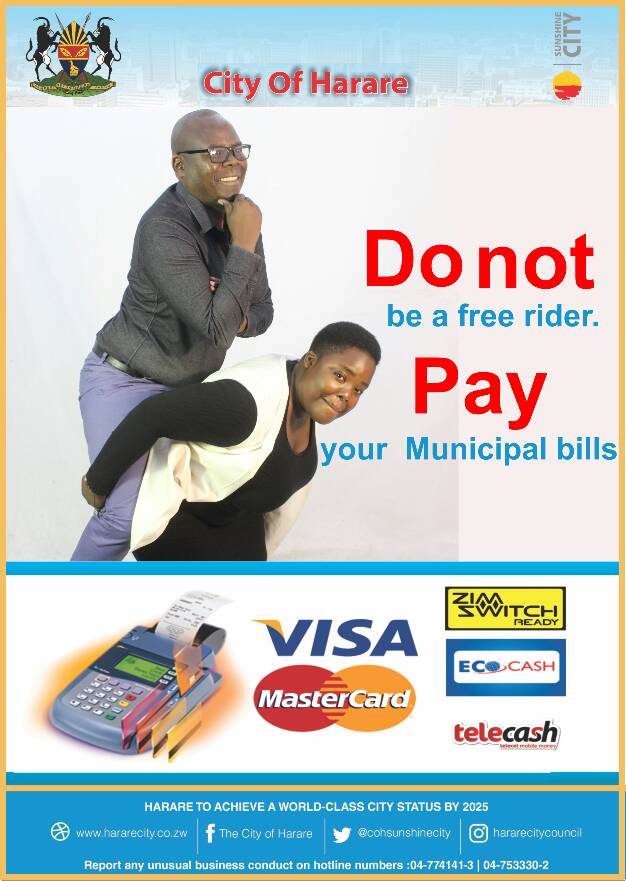 City of Harare spokesperson Michael Chideme also apologised to Harare citizens who felt offended with the advert saying it meant no harm.

“We think there is deliberate misinterpretation of the advert. The import of the message was that the residents who are religiously paying but are overburdened by those who are not paying.

“The city apologises to residents who felt offended and at the same time respect those who shared and accepted the import of our message.

“There was no intention whatsoever to injure anyone. Media messages are read differently and in this case we respect the difference in opinions,” he said.

After the ire of fans, the marketing department desperately designed yet another advert with the man woman carrying the man, which is also likely to be condemned owing to its wrong portrayal of woman.

Meanwhile, the condemned first advert, was complemented with a statement “Bill payment is a prerequisite for effective service delivery,” which raised the ire of social media users.

Below are some of the comments posted on Facebook where the first advert was shared:

Angeline Maroza : As a Marketing Person I am so embarrassed and highly disappointed in you. Your advert/poster shows lack of seriousness of professionalism in you. That thing has a lot of sexual connotations in it. Please read your statement “DO NOT BE A FREE RIDER” allowed tell me what it means?

This thing is not going to make its purpose and reach the intended audience. Zvekukwira mahara zvapinda papi pakubhadhara ma rates????? Please take down your advert. Marketing manager for City Of Harare you are not serious and I think your mind is full of nonsense. In any case it’s you city council who is riding on our backs,”

Wellington Ziwenga : And you want people to pay you so that you go and piggyback your side chicks?, this is the message your image portrays and besides you are so top heavy and corrupt that nothing surprises us anymore!!!!!! Who in their right minds would approve of such an immoral advert???

Caroline Hlatywayo : That advert is purely in bad taste. Are women free riders and what does that make you when we pay for your non-delivered services?

Honourable Chimuswe: You expect people to be motivated to pay by viewing such a pathetic advert? Shame that is just a reflection of terrible service provision you are offering.

Alaiser Mhuriro: giving good services to those who pay, would send the message and initiate action faster than this advert which is not only ugly but also very lostin portraying women as free riders.

Alaister Mhiriro- giving good services to those who pay, would send the message and initiate action faster than thisnadvert which is not only ugly but also very lost in portraying women as free riders. and it also have been more prudent to portray the true picture of a municipality that rides on the few who pay without paying back the good service.

Tsitsi Banda- what an awful advert!!! why is the woman a free rider? Is there a marketing department at City of Harare. Not proffessional at all, whilst the message to encourage payment of bills is welcome that picture tells some unpalatable story on women……Haibo….dololo.

Precious Tsikisai- admin inbox me. I can do professional graphic for your page for free. For a big City like Harare, your graphics for adverts needs a professional touch. H Metro