Ginimbi in dirty dance with a man

FLAMBOYANT socialite and businessman Genius “Ginimbi” Kadungure was trending on social media for all the wrong reasons yesterday after a video clip showing him seemingly “dry humping” another man at one of his infamous All White parties surfaced. 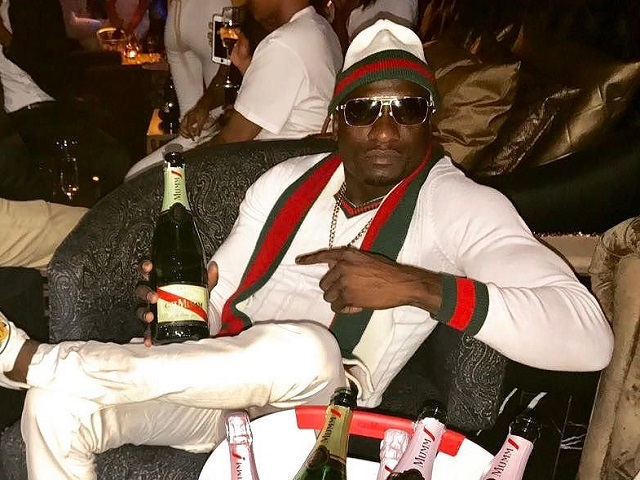 Although the party happened a few weeks ago during the businessman’s birthday celebrations in Cape Town, the clip only caused a stir on Zimbabwean and South African social media circles this week.

Ginimbi, known for his lavish lifestyle in both Zimbabwe and South Africa, has acquired a reputation for throwing some of the most lavish parties on either side of the Limpopo.

The latest instalment of his All White parties however, seemed to have taken a lewd and weird turn if the latest video that surfaced on the internet is anything to go by. In a 17 second long video clip, the socialite is captured thrusting towards another man while they stand facing each other.

After a few seconds of this “dry humping”, as the practice is popularly known, the encounter between the two gets even stranger. Instead of the unidentified man refusing Ginimbi’s advances, he seemingly agrees to turn and bend over to an even more sexually suggestive position.

Ginimbi proceeds to again thrust repeatedly into the man’s behind before another man steps in to pull away the victim from a seemingly possessed Ginimbi.

Although the video had gone viral on social media by yesterday afternoon, the businessman, who has never been shy to advertise his wealth on the same platforms, had not posted any response to posts, some of which questioned his sexuality.

This is not the first time that the socialite’s eye catching All White parties have courted controversy. Two years ago, a few guests stole the show when they turned up barely dressed for that year’s edition of the party which was sponsored by luxury alcoholic brands as Moet & Chandon and Hennessy.

Ginimbi brought raunchy debauchery to the posh suburb of Sandton, known as the richest square mile in Africa, with socialite Maury Max captured on video wearing a strappy dress covering only her nipples while Natasha Mushonga wore an outfit that some said made her look like a child in desperate need of a diaper change.

This year’s party was as flamboyant as past editions, with Ginimbi reportedly spending two million rand during a three-day party marathon in Cape Town.

It is reported over 120 people attended the bash with over 37 rooms booked at the expensive One & Only hotel located at the V & A Waterfront.

In addition to booking a yacht for the 120 people in attendance for that Saturday’s party, Ginimbi hosted parties on Friday and Sunday. He also shipped six cars from Johannesburg for use in Cape Town. The Chronicle

Mugabe tells Zuma he is confined to home but fine