Information Minister Simon Khaya Moyo has issued a statement using a Zanu PF letterhead saying the ruling party will not succumb to threats and pressure from the army in Zimbabwe.

On Tuesday Zimbabweans witnessed four army tanks streaming into the capital Harare in a show of force.  The exact reasons for the soldiers going onto the streets was not clear. 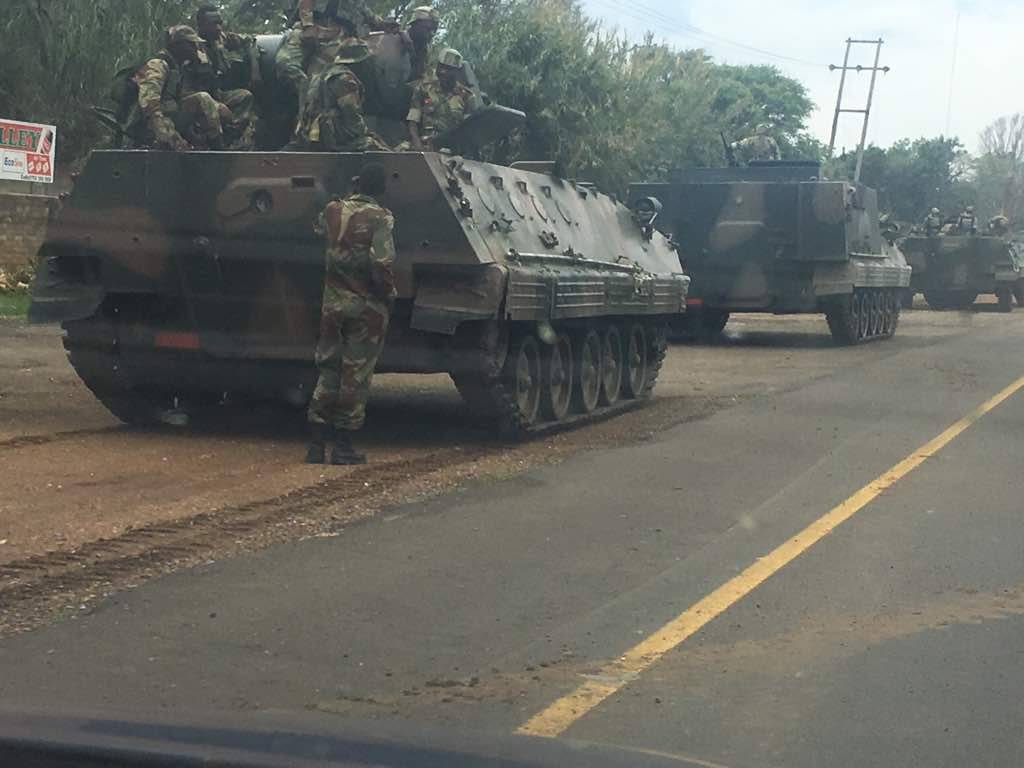 Two other tanks parked beside the main road from Harare to Chinhoyi, about 20 km (14 miles) from the city. One, which was pointed in the direction of the capital, had come off its tracks.

Earlier on Tuesday the Zanu PF youth league accused the military chief of subverting the constitution for threatening to intervene after President Robert Mugabe plunged the country into crisis by sacking his Vice President Emmerson Mnangagwa last week.

In the statement issued later in the day Khaya Moyo effectively accused Chiwenga of treason and reminded him that the SADC region and African continent in general do not condone military coups. 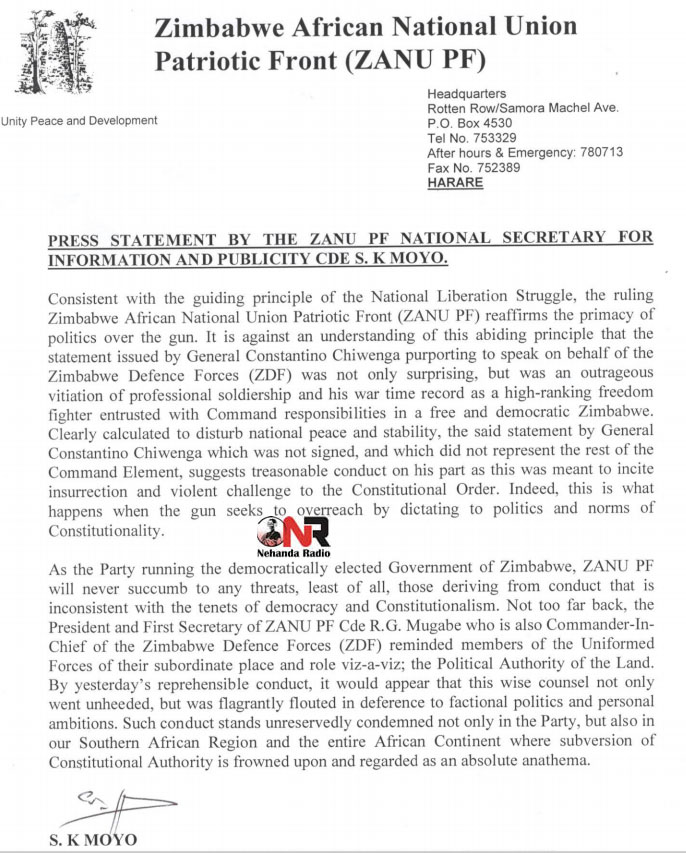 “It is with humility and a heavy heart that we come before you to pronounce the indisputable reality that there is instability in Zanu-PF today and as a result anxiety in the country at large,” Chiwenga, 61, told reporters at the King George IV military barracks in the capital, Harare.

“We must remind those behind the current treacherous shenanigans that when it comes to matters of protecting our revolution, the military will not hesitate to step in,” Chiwenga said in a statement read to reporters at the army headquarters.

“The current purging … targeting members of the party with a liberation background must stop forthwith.”

“This is a new and potentially dangerous twist to the politics of the country,” Eldred Masunungure, a professor of political science at the University of Zimbabwe, said by phone. “It’s the toxic insertion of the military and will sour relations between the military and government.”

Mnangagwa ally who was arrested in DRC freed …. heads back to Harare