The Ministry of Primary and Secondary Education has dispatched an investigating team to Founders High School in Bulawayo following a report that six boarders at the school have fallen pregnant. 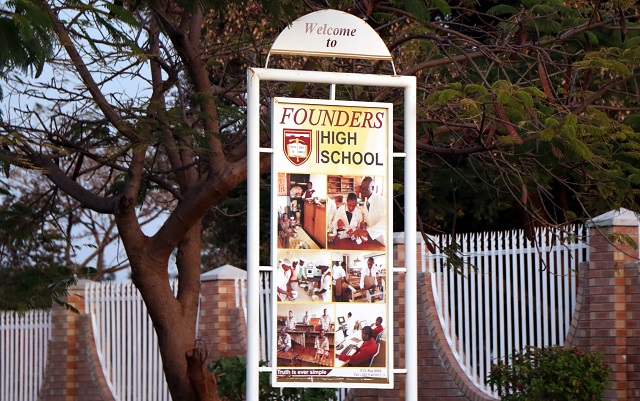 A source said someone from the school wrote an anonymous letter to the ministry alerting it of the cases.

“All I can say is that we received the allegation through an anonymous letter. And we have already constituted an investigating team to get to the school to unravel the allegations, come up with findings and recommendations, then I will know the next course of action to take,” said Mrs Kaira.

A source said school authorities have not talked to the pupils who are suspected to be pregnant as they want to first engage their parents.

Authorities fear that since the pupils are boarders, they may run away from the school if the matter is not handled properly.

“There are six pupils who are suspected to be pregnant at the school. Some of them are in Form Three while others are in Form Four. The pupils are said to be behaving in a way that has led some female teachers to assume that it could be pregnancy related illness. Last week on Tuesday there was a staff meeting at the school to discuss the matter but no concrete resolution was made,” said a source who declined to be named.

“These kids are boarders so if the school adopts a rushed decision they might end up running away. It’s a delicate matter that needs to be cautiously handled. Right now the children are writing examinations so the school does not want to disturb them.”

Some time last year, a 17-year-old Sobukhazi Secondary School student gave birth in a school toilet and tried to hide the baby behind the same toilet.

A teacher heard cries of a new-born baby and questioned the pupil who admitted that the baby was hers.

The juvenile’s aunt said she had observed that her niece had gained weight, but she never suspected she was pregnant.

Last year, in September a Form Four pupil at Nemane Adventist High School in Tsholotsho secretly gave birth at school and dumped the baby in a Blair toilet.

The pupil allegedly successfully hid the pregnancy until she gave birth in the toilet and was cornered into admitting after she left blood stains in the ablution facility. The Chronicle