The current reigning Miss South Africa, Demi-Leigh Nel-Peters, has caught a lot of flack online after the official Miss SA Twitter account posted photos of her wearing gloves while posing with black children at Ikageng in Soweto during a soup kitchen visit.

Miss Nel-Peters went on to clarify her reason for wearing gloves in a video stating that as they were preparing food they had to wear gloves for hygienic purposes.

Tweeples found photos of her posing with white children without gloves and also found picture of her preparing food for the Knysna firefighters without gloves. 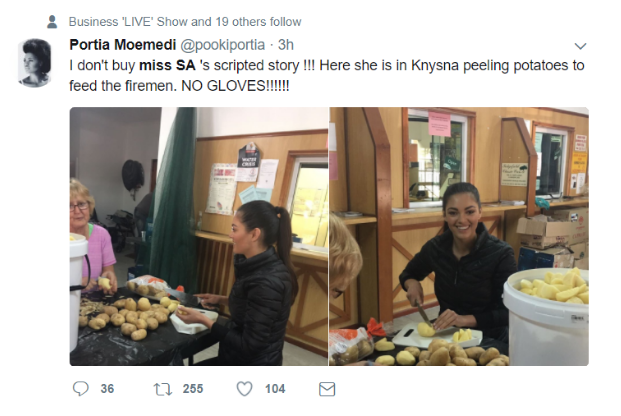 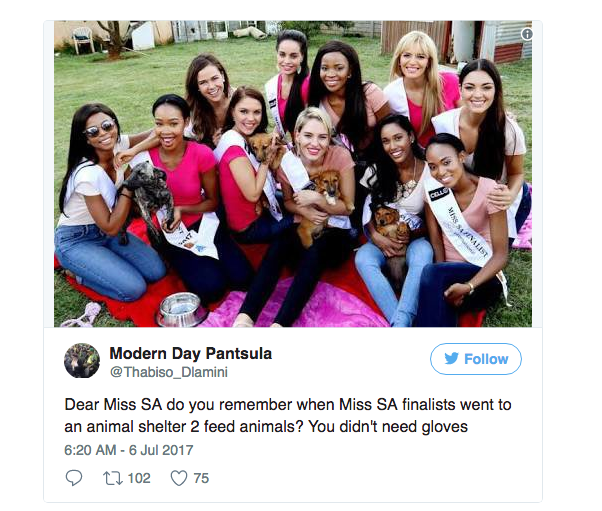 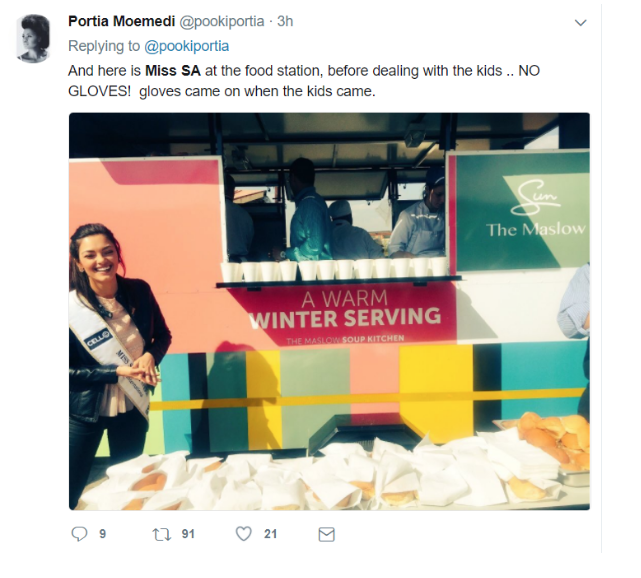 North Korea missile: US says it will use military force ‘if we must’