Local music star Jah Prayzah is among three African musicians who have teamed up with Jason Derulo to remix the internationally-acclaimed American star’s 2010 hit titled In my head at Coke Studio Africa in Nairobi, Kenya. 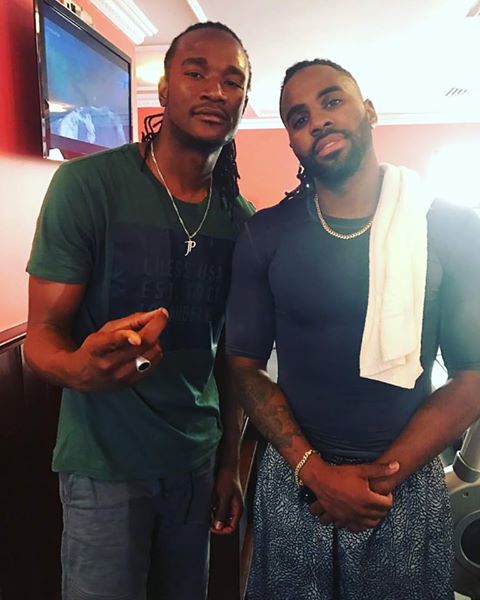 Apart from Jah Prayzah, Jason Derulo is remixing his famous hit with Ethiopian artiste Betty G and Joey B from Ghana as part of a special episode themed “The global fusion edition.”

He described Jah Prayzah’s involvement as another step towards the Zimbabwean star’s international recognition.

“It’s our second episode at Coke Studio Africa. It means a lot to us. It is a good sign and a result of growth and more recognition internationally.

“It is not the end of the road but a step towards the end goal. Indeed he is excited and our team is grateful for the opportunity,” Mushapaidze said.

The Jason Derulo collaboration with the three African artistes is expected to be broadcast in 30 countries across Africa from September this year when the new season of Coke Studio Africa premieres in different regions of the continent.

The Uzumba-born artiste is the fourth Zimbabwean musician to feature on Coca-Cola’s flagship African music show.

Minnie Dlamini says ‘I Do’ to 6-million

Landlord steals US$32 000, jewellery from tenant’s…

‘Khama Billiat should have joined Al Ahly or Zamalek’