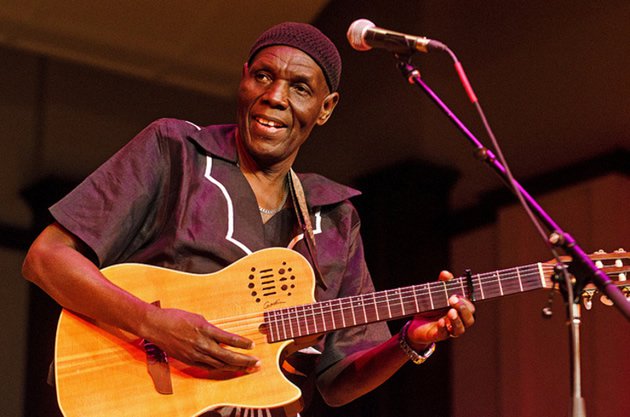 Stone, who performed in Harare last Friday as part of her ongoing tour of 196 countries, met Tuku before her concert at the 7 Arts Theatre.

“As soon as they get some suitable time, they will go into the studio. We met her on Friday and we managed to perform with her several songs. I was on the drums and mudhara (Tuku) was on the guitar,” Mataure told the Daily News.

Mataure added that Tuku and the British soul singer, whose collaboration with John Legend and Van Hunt landed the 2007 Grammy Award for “Best R&B Performance By A Duo Or Group with Vocals,” were both looking forward to the duet.

“There is a great mutual respect between the two and they are very determined to make it to the studio. She (Stone) knew about mudhara before she came to Harare. Tuku was equally very delighted to meet her,” Mataure said.

The Tuku-Stone duet is likely going to generate a lot of interest locally following the scintillating concert the British soul singer delivered at 7 Arts Theatre in Harare on her maiden tour of Zimbabwe.

Though she toured without her full band, the English singer, who  is known for hits such as Fell in Love With A Boy, The Love We Had (Stays on my Mind), Baby, Baby, Baby and You Had Me, still managed to thrill the capacity crowd.

By public demand, Stone deviated from her playlist in order to entertain requests from the crowd.

With the multi-racial audience singing along with her, Stone showcased her versatility by seamlessly switching from one music genre to the other.