Kwekwe City Council has taken the Zimbabwe National Water Authority (Zinwa) to court for cutting off water supplies to the town over a $1,5 million debt without a court order. 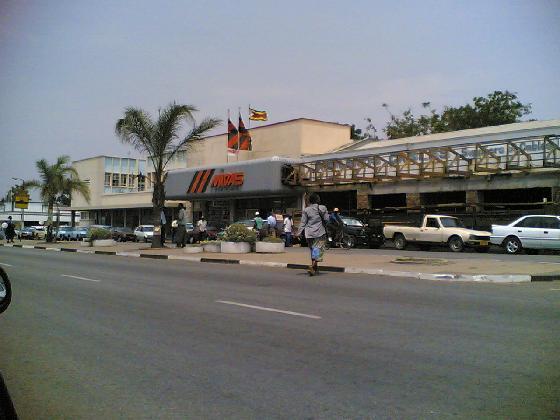 Kwekwe City Council, through its lawyers Mutatu and Partners, filed an urgent chamber application at the Bulawayo High Court citing Zinwa as the respondent.

The council seeks an order directing Zinwa to restore full water supply to the town forthwith pending the finalisation of a court application for declaratur filed under case number HC1349/17 at the Bulawayo High Court.

The local authority also wants Zinwa to be interdicted from interfering with water supplies until the matter before the court is finalised.

The Midlands city has been without running water since last week forcing residents to resort to unprotected water sources.

In her founding affidavit, Ms Lucia Mkandla, who is Kwekwe City Council’s chamber secretary, said it was illegal for Zinwa to disconnect water without a court order.

She said the council filed an application at the High Court and served it upon Zinwa on May 23 this year.

She said the disconnection was arbitrarily done without a court order and consultations with Kwekwe City Council.

Ms Mkandla said the latest development has put residents of Kwekwe and Redcliff at risk as it is likely to cause an outbreak of diseases.

“The outbreak of diseases like cholera and other water borne diseases is imminent and can be catastrophic. There are sensitive areas like hospitals which are not being spared by this action taken by Zinwa. The respondent’s conduct amounts to spoliation,” she said.

Ms Mkandla said Zinwa’s action was a violation of the country’s constitution and compromising service delivery.

In the application filed under HC1349, Kwekwe City Council town clerk, Mr Emmanuel Ngwena Musara said the partial or complete disconnection of water supply was outside the provisions of the Zinwa Act and the country’s constitution, describing it as ‘outrageous and defying logic.’

He said Zinwa has not been involved in carrying out elementary maintenance work at Sebakwe Dam for a long time.

“As a result of that it is now very expensive to treat water for the benefit of residents and this eventually affects the capacity of Kwekwe City Council to pay Zinwa for the supply of raw water,” said the town clerk.

The move comes after Gwanda has gone for two months without water after its supplies were also cut off by Zinwa.

Bulawayo City Council also embarked on a massive disconnection of water supplies to defaulting residents despite the fact that the High Court recently upheld previous rulings that such action is illegal without a court order.

Harare lawyer Mr Tinofara Hove recently took Harare City Council to the High Court seeking to stop the council from disconnecting water to his property without a court order, after accruing a bill of $18 600 and the court upheld previous rulings that such action is illegal without a court order.

In 2004, Justice Chinembiri Bhunu made a similar ruling saying Section 8 of the Water By-Law, which empowers local authorities to cut water supplies without a court order, was in breach of Section 77 and 44 of the Constitution.

The two sections guarantee the right to safe and clean water and compel Government to respect fundamental human rights. The Chronicle

Panic as vehicle storage yard goes up in smoke