A proposed cash call by the Rainbow Tourism Group (RTG) board to clear debts and recapitalise the group has been rejected by key shareholders, the Financial Gazette can reveal. 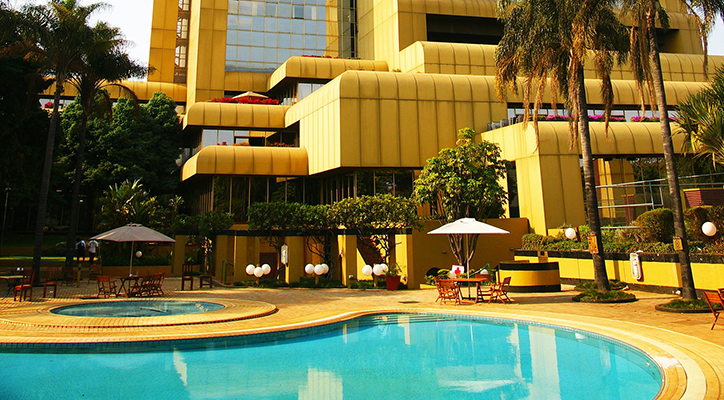 One of the major shareholders, British tycoon, Nicholas van Hoogstraten — who has 36 percent shareholding in the hotel group — has proposed that instead of a bailout, the Zimbabwe Stock Exchange-listed firm should be placed under judicial management.

He has been backed by the National Social Security Authority (NSSA), which is battling to recover a cash lent to the group a few years ago.

Van Hoogstraten’s proposal to place RTG under judicial management is likely to face resistance from other shareholders, including government which owns 4,4 percent shareholding through the Ministry of Tourism and Hospitality Industry.

Three weeks ago, the Financial Gazette reported that the RTG board had submitted a proposal to its shareholders seeking a US$25 million injection, which is aimed at boosting the leisure firm’s operations.

In the past four years, RTG has been fighting to clear debts, including from regional banks.

Last year, the bank settled a debt due to the PTA Bank and Africa Export and Import Bank amounting to US$11,3 million.

Revenue declined by 11 percent to US$24 million, from US$26,9 million during the prior comparative period.

Under the cash call plan, which is set to go for shareholder approval at an extraordinary general meeting (EGM) tentatively set for June 2, 2017, the board has proposed to issue debentures at a price of US$0,012 each.

It says two billion debenture shares would be issued to shareholders at a five percent interest rate, with a two-year moratorium on repayment over 15 years.

Chartered accounting firm, KPMG are the advisors to the transaction.

Terms of the proposal indicate that RTG will offer four of its hotels as guarantees to shareholders, after which the debenture would be listed on the ZSE on June 28.

In a presentation to shareholders, the RTG board said the group had successfully deployed resources in the past five years to settle huge debts, including to Afreximbank and PTA bank.

As such, the board wanted US$25 million to rescue the firm.

Other shareholders include FML Holdings with about 20 percent; Ministry of Tourism with 4,5 percent; LAICO with 3,1 percent; and Pearl Properties with two percent.

In an interview with the Financial Gazette, van Hoogstraten said instead of offering a rescue package, he would prefer to place the firm under judiciary management.

He said its financial health had deteriorated.

“I have no plan to support them,” said the tycoon.

“My view is that we should go for judicial management because the company is insolvent. All these injections are a way of getting money out of RTG. But the company has been destroyed. Borrowing money is not the solution. This is what this company has failed to realise,” said van Hoogstraten.
He said the group had only paid cheaper debts.

“The only debts that they have paid were the cheapest debts. They repaid them so that they will borrow more from the banks. They have made the mistake of telling me that this is what they are doing. So I will not approve any new proposal. They were stupid enough to tell me that they repaid the debts because they wanted to borrow more money,” he said.

Asked if he would support RTG’s proposal is convinced that this was the only way to save the company, van Hoogstraten said he would stick to his guns.

“Do I look like I am an idiot? Do I look like the kind of person who will change his mind? I will respond to them (the board) but I will not give them any money,” he added.

NSSA board chairman, Robin Vela also rejected the offer. He said the pay-as-you-go pension scheme would not release more money to the group.

“He is right,” Vela told the Financial Gazette, referring to van Hoogstraten’s position.

“Just like him we are not going to invest anything in RTG, not even a cent,” the NSSA boss said.

It means the group would have to continue with its cost cutting measures and efforts to grow revenue.

In terms of its plan, the RTG board wanted to deploy proceeds of the cash call towards settling a US$13,6 million loan from NSSA.

Part of the proceeds would be used to restructure expensive loans to the tune of US$16 million, and paying off US$815 000 commitments to trade creditors.

About US$6 million would be channelled towards the refurbishment of the flagship Rainbow Towers in Harare, to give it the stamina required to confront intensifying competition.

A further US$1,5 million would be channeled into the expansion of A’Zambezi in Victoria Falls. Financial Gazette