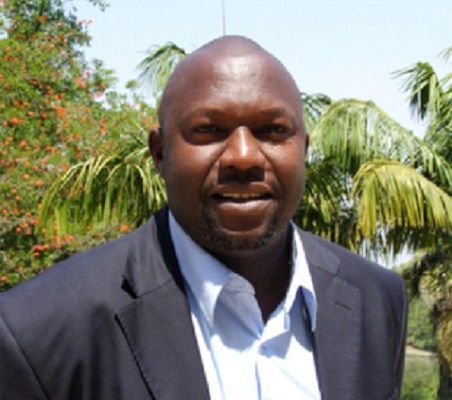 Respected music producer and guitarist Mono Mkundu is producing the album aptly titled Musoro which will be official launched at the end of June.

Speaking to the Daily News last week, Chirikure said the band, known as Machena has for the past months been silently working on the production.

The music on the album will be popular among those who love Afro Contemporary Music; the genre popularised by Chimurenga music guru Thomas Mapfumo.

Most of the songs were written by Chirikure and Machisa with contributions also coming from other band members.

Be ashamed of yourself: Thomas Mapfumo tells ED after murder…

Chirikure said the band comprise of four mbiras, two guitars, two percussionists and a drummer. “The band has been working so hard because we want to produce a good product. We performed only once for two consecutive nights so that we could see if we were jellying well and I would like to say the sound is now so tight.”

Machisa who said his music is Afro Contemporary provides the vocals on the album with Chirikure providing poetry and traditional storytelling. “Central on this album is the celebration of our culture and tradition. I think as a band what we are doing is contributing towards the preservation of our traditions.”

Machisa said the band is comprised of seasoned musicians who have performed with a number of prominent music acts. “All our compositions are anchored on the mbira although the sound varies from one genre to another.

“We use mbira as a basic run of all our music; but we do not want people to say that we are mbira musicians. What we do is convert mbira to play shangara, mbande, jit, chinyambera and jazz.”

Chirikure and Machisa are not new to each other as they were both in the mbira group Detembira led by the late mbira guru Dumisani Maraire.

Machisa recalls: “Actually it is me who joined Chirikure while he was still at Detembira. I was also fortunate because Maraire was my tutor at the College of Music. I think he discovered while teaching me that I had the talent.

“Chirikure has done a lot as a writer and poet, I am grateful to him because he is my mentor.”

He said at the time the group, except for him were academics. “Then yes, the band was made up of academics – although I can qualify myself as one today. But I loved the way in which such great people would come together to make music.”

With Detembira they released one album and several single records.

Machisa said he sees the determination in his current band members. “This is a very powerful and talented team of music players who have devoted a lot of their time and skills in producing this new album.

“As the debut album we should not miss it the first time; they say ‘the first cut is the deepest’ and we are hopeful to debut with a bang.”

After the official album launch Machena has plans to go on a nationwide tour. Daily News

Be ashamed of yourself: Thomas Mapfumo tells ED after murder of Chamisa supporter