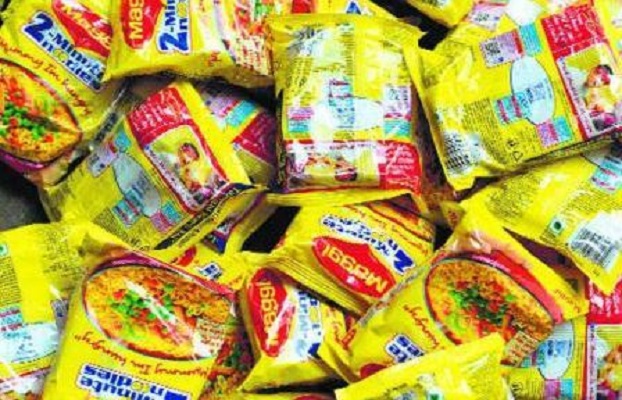 Nestle  is cutting the salt content of one of its zestiest brands — Maggi noodles, soups and seasonings — as the world’s largest food company responds to consumer and government demands for healthier products.

The Swiss company plans a 10 percent  average salt reduction across Maggi’s range by 2020, while adding more vegetables and other nutrient-rich ingredients. The changes, announced on Tuesday, are part of a company-wide initiative to reduce sodium, saturated fat and sugar.

“Maggi will push the envelope to certainly be ahead of our commitments,” Wayne England, the head of Nestlé’s food business, said in a phone interview, adding that he expected the brand’s sales to increase as a result.

The move comes at a time when big food companies such as Mondelez International and Unilever try to introduce healthier products as governments implement sugar taxes and seek to cap sodium levels. The industry has struggled with slowing sales as consumers increasingly shun packaged food they perceive as unhealthy and laden with artificial ingredients. Millennials, attracted to organic produce and food from local sources, are accelerating the shift.

While the salt reductions for Maggi are in line with Nestlé’s broader targets, the change in one of its biggest and saltiest ranges deepens the company’s commitment to meeting them. Maggi generated sales of about Sf3bn ($3.1bn) to Sf4bn in 2016, estimated Jean-Philippe Bertschy, an analyst at Bank Vontobel. Noodles and bouillon cubes were the brand’s best-selling products, he added.

In Switzerland, one serving of Maggi beef broth cubes contains 3,1g of salt. The World Health Organisation (WHO) recommends a daily intake of no more than 5g, as elevated intake raises the risk of stroke. Most people consume about twice that amount.

Food companies revamped about 180 000 products worldwide in 2016, up from some 23 000 in 2014, according to a Consumer Goods Forum survey released in 2016. Nestlé has been adapting about 8,000 products a year. Balancing demands for healthier food with consumer tastes can be tricky.

“Companies don’t want to do anything that might cause customers to stop buying products,” said Marion Nestle, a nutrition professor at New York University who is not linked to the maker of Maggi. “If they make changes too quickly, customers might notice. Most companies are reducing salt and sugar slowly and invisibly, but at least they’re doing it.”

The revamp, which also included selling more Maggi products with extra iodine, iron and vitamin A, would probably spur demand, England said. With some reformulated items already being rolled out, the brand’s sales were increasing at a rate of more than three percent, he said. Going forward, the company expects growth of as much as five percent.

Still, the industry could be more aggressive because consumers would probably accept even bigger cuts in salt, said Leith Greenslade, head of JustActions, a group that campaigns on health and other issues. She cited a study showing a 70 percent cut in processed meat did not lead to any significant backlash from shoppers. Financial Gazette

Zanu PF is not a revolutionary party. More conservative, repressive and elitist