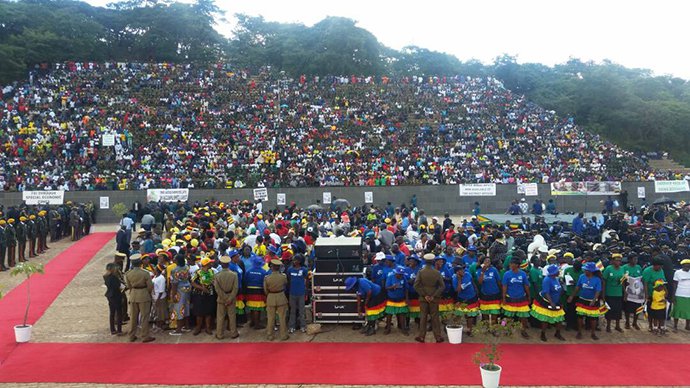 Mugabe was speaking at the jurist’s burial at the National Heroes’ Acre in Harare. Chidyausiku succumbed to liver and kidney complications at Morningside Clinic in South Africa on May 3, just months after he retired as Zimbabwe’s Chief Justice.

“As Chief Justice, the late Godfrey Chidyausiku will be remembered for the most important role he played in defending and shaping the course of our Land Reform Programme,” President Mugabe said.

Chidyausiku’s son up for indecent assault

“When we embarked on the Third Chimurenga programme, kwakaitwa jambanja rakakomba, munozviziva. The white farmers did everything possible to derail it and ended up enlisting the support of the white bench which was led by the likes of ana Justice (Anthony) Gubbay.

“So we needed vakaita saana Chidyausiku to fight for us and resist vaGubbay as best he could. Undeterred, the late justice came up with decisions which made our land reform possible.

“He (used) his sharp legal mind to overturn the Justice Gubbay judgments. The Third Chimurenga was, thus, resoundingly won, thanks to the efforts of the likes of Chief Justice Chidyausiku.”

President Mugabe said Chief Justice Chidyausiku’s stance on the land issue was driven by his passion to safeguard his heritage. 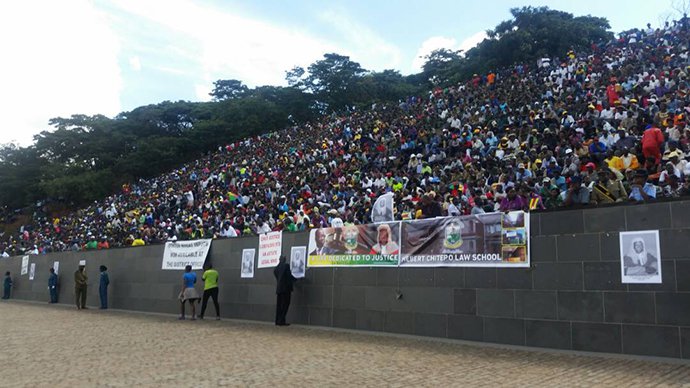 President Mugabe said Chidyausiku’s views were shaped by the fight for justice during colonialism.

“He was in Parliament with the tacit support of the African National Council. Tainzwanana navo at the time. Zanu, Zapu and Frolizi ndodzakanga dzabatanidzwa kuti dzive under Bishop Muzorewa’s ANC ka. He was thus a lawyer, a legislator and politician all in one. 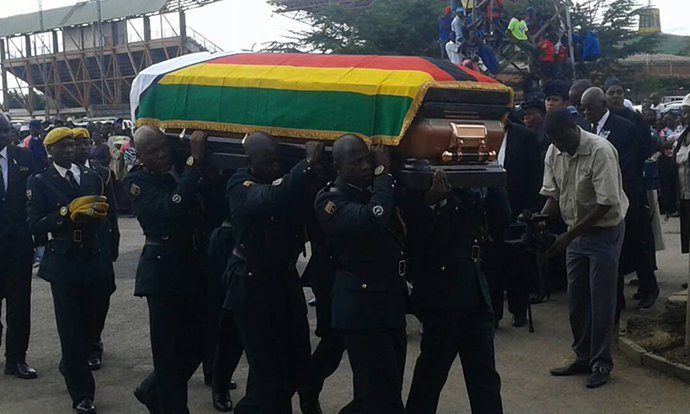 “When he stood down from Parliament in 1977, the late former Chief Justice continued to work closely from within the country with freedom fighters and the Zanu leadership abroad. 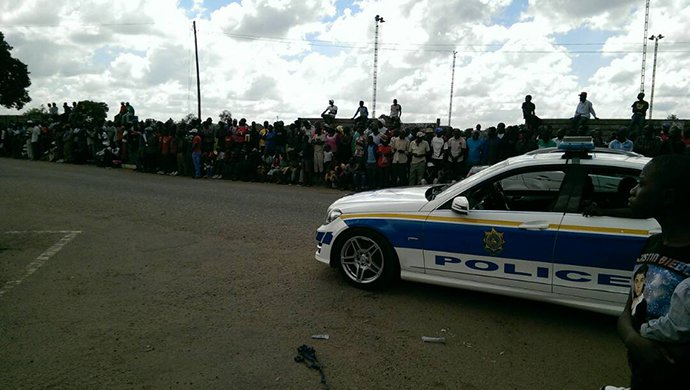 “At the Lancaster House Conference, he was part of the legal team that comprised the late National Hero Edson Zvogbo, Cde Emmerson Mnangagwa, the late Professor Walter Kamba, Dr Simbi Mubako and others.”

Chidyausiku’s son up for indecent assault