Zanu PF youths have vowed to invade Nyanga National Parks and an Allied Timbers plantation in Chimanimani as well as seize urban land in Mutare in a desperate bid to award themselves residential stands before the watershed 2018 elections. 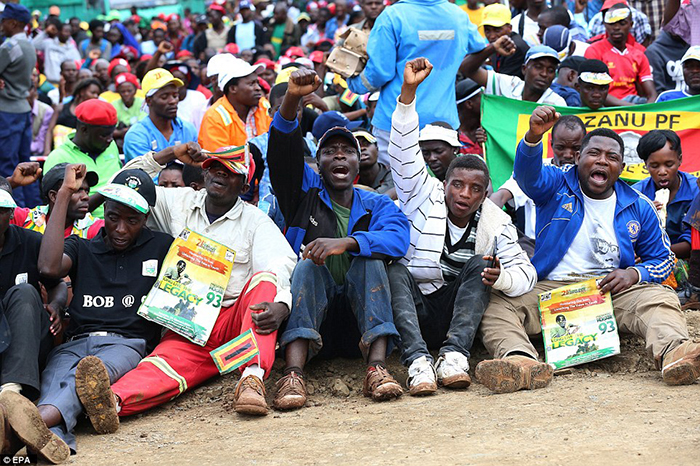 Chingunu said although they had been advised to follow procedure in acquiring urban land, they only succeeded in Zanu PF-dominated councils such as Chipinge where they got 376 hectares.

The youths were also allocated land at Checheche, Birchenough Bridge, Nyazura and Rusape.

“We have a challenge accessing land in Mutare because it is dominated by MDC. Laid down procedure is not working in Mutare as you know well that it’s a very destructive party. We are going to take a radical approach to get our stands.

“We are going to invade, peacefully, land in Dangamvura and Chikanga and share it with or without approval. The ministry (of Local Government) will come and regularise things after we would have given youths stands.

“In Nyanga, the land we want belongs to national parks and we are not receiving any joy from them because they have not been forthcoming with their land….

“In Chimanimani we face the same challenges and the land belongs to Allied Timbers. There is, however, no timber in the area we are interested in and we are going to use the same radical approach there as well,” Chingunu said.

The excitable youth league leader also made a push to have all white commercial farmers ejected from their farms arguing that any calls to spare them because of their productivity or signed protocols were frivolous.

“We are being told that there is no longer any land for commercial agriculture. How can land run out when we still have white farmers in Chipinge, Chimanimani, Nyanga and in Zimunya-Marange. We are now being told that they are productive and there is BIPPA (bilateral Investment Promotion and Protection Agreement). Why should we respect them now?

“…they are saying this because they are charging these whites protection fees…we are going to expose these selfish politicians. We are not going to allow corruption and greed to kill the land reform programme,” Chingunu said.

He then went into his usual rant declaring that President Robert Mugabe would rule for as long as he had breath in his nostrils, a cause he said his executive is willing to die for.

“As long as…Mugabe is alive he will be ruling Zimbabwe. Those who dream of ruling Zimbabwe while he still has life should forget it. We are prepared to defend our president with our blood,” he said.

Chingunu scoffed at the two-term limit as just a compromise struck up during the constitution-making process which they would repeal to allow Mugabe to stand for elections if he lives to 99 years when the 2023 elections are due. Daily News

‘Too many police roadblocks killing tourism’