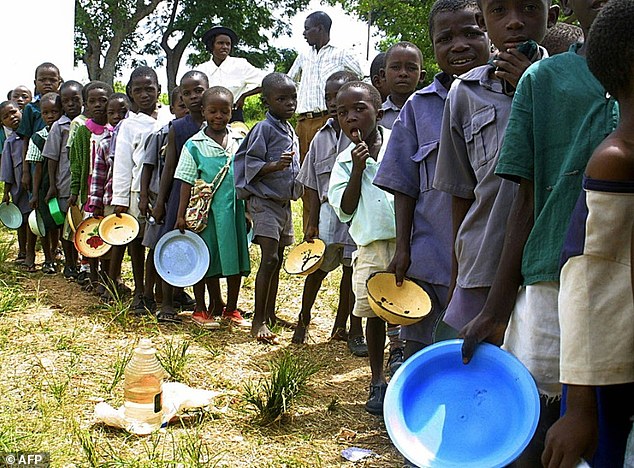 Its country director, Eddie Rowe, said this year WFP has projected to utilise $53 million under the plan.

The new CSP comes after WFP assisted over 1,4 million Zimbabweans with food aid following the El Nino-induced drought of the 2015/2016 season.

“Hunger is a reality in Zimbabwe. The review findings highlight the need to move away from short-term food assistance to long-term technical assistance building sustainable systems to eradicate hunger and improve nutrition,” Rowe said.

He said in the 2017-21 CSP budget less than 30 percent is on food, the bulk of which goes towards establishing food systems, enhancing capacity and supporting sustainable activities.

Rowe said over the last six years the organisation has tried and tested Produce for Progress (P4P) where they work with small holder farmers and provide markets were they can sell their produce.

He added that institutions such as hospitals and schools through the school feeding programme also provide small holder farmers with markets for their produce.

“Every year, we sit with communities to determine their priorities and increasingly now we see that the priority is now on access to markets.

“Now in the CSP we are working with communities to either construct, develop or rehabilitate assets,” Rowe said.

He said WFP has developed a public portal were government and their donor partners can easily track how the funds are used.

Rowe said the portal is for transparency and accountability so that everyone sees how much has been mobilised, how much it was used and where it was used.

Senior principal director in the office of the President Ozias Hove said the CSP comes as government is ready to launch National Social Protection Policy Framework which will deal with resilience building against shocks in communities.

U.N. warns of another poor harvest in Zimbabwe next year