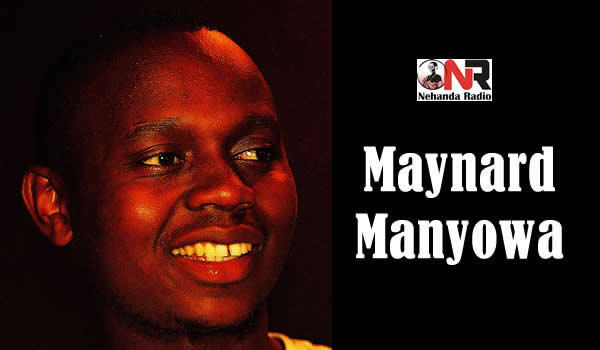 There is no iota of doubt that Zanu PF remains the toughest and most resourceful movement in Zimbabwe and indeed a regional political powerhouse. At a ripe age of fifty-four, the party still has the tenacity of a young heavyweight world class boxer and the natural predatory tendencies of crocodilian proportions.

Regardless of its glorious history, the party somewhat paints a gloomy picture and unwittingly furnishes the impression of a glamorous parent who constantly devours her own children.

The list of luminaries that served the party with distinction that have been thrown in the dustbin of political irrelevance is endless.

To the madding crowd watching from safe havens of political neutrality, sinking in Zanu has astounding similarities with sinking in quicksand. And as with quicksand, the yesteryear comrades only realize that they are sinking when it is too late and the harder they try to fight, the faster they sink.

And true to the nature of quicksand sinking, those near you will move away quickly and if they benevolently opt to assist, they will do so at arm’s length because if they come too close, they will sink with you.

The cruel twist about the quicksand trapping in the revolutionary party is that they are in the same locations as mirages.

In the metaphoric political desert, mirages are representations of seemingly real sources for gulping gallons of political power.

True to the nature of politicians, most have raced towards these apparently glorious opportunities, only to find out that what appeared to be a source of political-power-living-waters is but a mirage and that this very same mirage is surrounded by quick sand.

The complexity of the matter is further compounded by the fact that in the rare cases that political operatives have managed to discover a location with the precious liquid for political powers, the water has striking similarities with the bittersweet waters at Marah.

Unlike the waters at Marah which turned from bitter to sweet, the political-power waters in Zanu quickly turn from sweet to bitter and pesticide-level toxic.

There is empirical evidence to support the notion that many the people that have had romance with unfretted power in Zanu PF, sank into oblivion when we least expected.

From the founding President, Reverend Ndabaningi Sithole to the latest victims of national wide “vote of no confidence” demos, there is a fascinating trait that doesn’t require a rocket scientist to instantaneously note. Right from August 1963 when the good Reverend gathered unprecedented courage and led a rebellion against ZAPU leadership to form ZANU, he drank willy-nilly from the sweetest springs of political power.

The waters turned bitter and the firm ground transformed into a quicksand pond when young officers from ZIPA made a declaration in Mgagao camp, Tanzania that Sithole could no longer represented the party and their preference for leadership was the person of Robert Mugabe.

Well as they say the rest is history, the quicksand trappings around Sithole swallowed him off the political relevance radar.  President Mugabe promptly assumed the role of acting head because he had not been elected through a congress and shared political limelight and the sweetness of power with the ZIPA cadres that had helped with his ascendancy.

Commencing soon after the Geneva conference in 1976 and up to the ceremonial confirmation of President Mugabe as the substantial leader at a special congress in Chimoio in 1977, ZIPA faced alienation and was eventually disbanded and many the Mgagao signatories found themselves in prison and political abyss.

A year after the Chimoio congress, a mirage presented itself in the shape of the now infamous “Vashandi Rebellion” which furnished quicksand settings for the sinking of Rugare Gumbo, DzinasheMachingura, KumbiraiKangai, Henry Hamadziripi, HappisonMuchechetere, Augustine Chihuri and SobuzaGula-Ndebele among other comrades.

The implicated cadres for the “coup” plot spent the rest of the liberation struggle in a dungeon but most of them were fortunate to be given an olive branch during the reconciliation process at Independence.

In Independence Zimbabwe, the first most prominent victim of the slippery nature associated with proximity to power in Zanu was the legendary war time Secretary General and then Manpower Minister Edgar Tekere who found himself clutching for political straws when he was summarily dismissed from cabinet and later, the party.

Another school of thought asserts that Tekere, who was not only instrumental in the President’s elevation to power but also assisted him to cross into Mozambique with Chief RekayiTangwena, made his own quicksand pond by his radical approach which led him to stand trial for murdering a white farmer, barely three months after independence and reconciliation.

With such immediacy to power and the President, Nyagumbo was certain that even though the newspapers were penning stories about the Willowgate Scandal, his long-time cellmate would come to his rescue and extinguish the ravaging political fire.

Even after the declarations and conclusions of the Sandura commission, he was still convinced that his ally would pull a Houdini act to save him. In April 1989, when he was eventually relieved of his duties within the party and government and subsequently charged with perjury, he then realized that he was neck deep in quicksand and that he was sinking quickly that he anticipated, he reached out for his pocket and consumed granulates he had bought for troublesome rats at home.

A luminary that had served his party with distinction, Nyagumbo was unfortunately swallowed to his demise by the slippery political terrain.

While still in the United States, Edson Zvobgo played a key role in garnering international support and acceptance for President Mugabe. After independence, he generous applied all his Harvard acquired legal knowledge to give executive powers to the President while he was Minister of Justice. Soon after he was reshuffled to the Mines Ministry and later became a Minister without portfolio.

In his beautiful deep mind, he envisaged his person inheriting executive powers when the baton would eventually be passed to him. The mirage of executive powers was so vivid in his mind that when he was eventually side-lined, he uncharacteristically turned into a pale shadow of himself and he became more synonymous with bitterness than brightness.

In 2004, after a clandestine meeting in Tsholotsho, with pledges from all the provincial chairmen, the mirage of having a Vice President of their choice seemed all but real to the schemers behind the meeting.

Putting all their weight behind then Minister Mnangangwa, the organizers of the session wanted to determine the composition of the leadership prior to the congress. Unfortunately for the plotters the power that be caught winds of the plans and many consecutive “nights of long knives” ensured as members were suspended, banned and banish left, right and centre. And true to the quicksand characteristics of sinking in Zanu, those who tried to fight the sinking, sank deeper and fast. The host, Prof Jonathan Moyo, was sinking fast when he came up with a cockeyed idea of tricking the opposition to throw him a lifeline and as soon as he was on solid ground he reverted to his old self.

While the Tsholotsho declaration symbolized a waterloo moment for some leading political operative, it was a Marah moment for Dr Joyce Mujuru as the bitter political waters turned sweet with her ascendency to Vice Presidency in December 2004.

And true to the ambitious nature of human beings, after ten years as a deputy, she inadvertently or otherwise commenced seeing mirages of Presidency. The more these visions appeared, the more she felt comfortable to publicly express her ambitions to be the first person.

These imaginations were further cemented by the fact that a Vice President has a legal and constitutional duty to act as President whenever delegated by the principal and given the rate at which the President travels, her visions while drinking from the sweetest of political waters became all but vivid.

Seeking proximity to the “heir apparent”, many a political player positioned themselves close to her creating a multi-faceted support system. As Mujuru and her team’s sights were fixated on the presidential waters, crocodiles infested the sweetest parts of their pond. One by one, the crocodiles devoured members of her support system until she was chased into political abeyance.

It was during this period that the nation was re-educated about her role in the liberation struggle and that the story of her courageous downing of a helicopter as a 15-year-old cadre was but a hoax.

Allegations of corrupt activities and reports of preposterous wealth only but expedited her sinking. Rugare Gumbo, Dydmus Mutasa, Amos Midzi, Kudakwashe Bhasikiti, Francis Nhema, Webster Shamu, Ambassador Mutambara are among the innumerable members of her support system that were either devoured by crocodiles and sank quicksand style to political chasm.

Barely before they could taste the sweet political waters, the war veterans that collaborated to alienate Mujuru and her peers, were under severe attack. Borrowing a leaf from their own book of historical revisionism, most of their credentials were questioned and their importance challenged.

With a young political commissar, whose will be as strong as that of a world class boxing champion, pitted against them, the war vets began to struggle collectively for relevance.

While in the process of sinking, the lowest moment came when they were sprayed the bitterest of waters from cannons by new police recruits. Deemed a reserve force, war veterans rank higher than young police and army officers and to be subjected to the same treatment with the Smith regime only added insult to injury.

Though the war vets fell into a vast quicksand pond, they have used their military training and vast experience to stay put and not fight it and remain floating until an opportune time comes to become relevant again.

The young political commissar, instrumental in dismissing such a potent arm of the party, now stands in quicksand on his own. A demonstration was held today. It was massively attended. His own cadres, from his own province, now want him fired too.

It is a vicious cycle on repeat. Those that have dumped him on hollow ground may yet find themselves in the same place. It is not a case of possibilities, but probabilities. That is the historical narrative. And as they say in History 101, we study history to predict the future.