A 28-year-old man from Bulawayo who raped his 19-year-old wife in a bush and stabbed her thrice on the head before lying to the police that she had been attacked by robbers, has been sentenced to 20 years in jail. 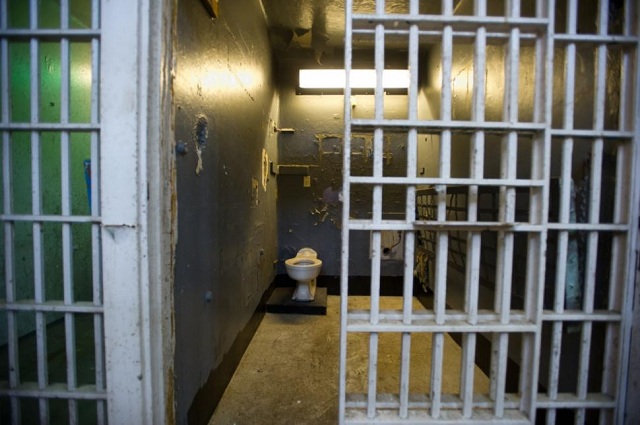 The man, whose name has been withheld to protect the identity of his wife, pleaded not guilty to rape, attempted murder and supplying false information to the police when he appeared before Bulawayo Regional Magistrate Mrs Sibongile Msipa-Marondedze. Mrs Msipa-Marondedze convicted him of all three charges and sentenced him to 20 years in jail.

The court heard how the man attacked his wife as they were walking home and rushed to the police to make a false robbery report.

The incident occurred on January 5 this year at 11PM as the two were walking home from a beer drink in Bellevue suburb to Sizinda after failing to get transport.

Senegal opposition leader to run for president despite rape…

Justice Ministry lawyer sentenced to 18 years in jail for…

It was not stated in court how long the couple had been married, but they had no children together although the man had one child with another woman.

“For rape you will serve 15 years in jail, attempted murder five years and for supplying false information you will be warned, cautioned and discharged. Five years of the combined 20 years will be suspended on condition of good behaviour,” she said.

“Complainant testified that her husband raped her and stabbed her thrice on the head. She said she pleaded with the accused to spare her life as he threatened to kill her. Complainant explained to the court that they hiked and asked a driver to take them to hospital. The driver advised them they had to have a police report first to be attended to at the hospital thus he dropped them at Donnington Police Station where accused reported a fake robbery.”

The magistrate said the man’s wife testified that her husband was abusive and she constantly fled to her parents’ house due to his violent nature.

“Clearly, accused was in the habit of abusing complainant although she never reported him. She told the court that she reported this particular matter after realising the brutality of the accused. Her friend whom she narrated the matter to also told the court that complainant narrated to her that accused raped her and stabbed her. A police officer whom the complainant reported the matter to said she explained that there was no robbery but instead accused had raped her and stabbed her,” said Mrs Msipa-Marondedze.

The man denied the charges, saying he parted ways with his wife after having a few drinks at a bar in Bellevue.

“I went straight home while my wife went to town. She called me later on telling me that she had been mugged and her money had been stolen. I rushed to her and we got a car that took us to the police where we reported the robbery,” he said.

In mitigation, the man pleaded for the court’s leniency claiming that he was a breadwinner.

“Your Worship, since the court has convicted me may it please take into consideration that I’m looking after my family. My mother is of ill-health and she is in the rural areas where she’s looking after my five-year-old child. I survive on piece jobs so if you send me away for a long time my family will suffer,” he pleaded.

For the State, Miss Caroline Matanga said on January 5 this year at 11PM, the man attacked his wife as they were walking home from town and rushed to the police to make a false robbery report.

“Accused and complainant failed to get transport at that time of the night so they walked home. Accused suddenly dragged complainant into a nearby bushy area and demanded sex. He tore complainant’s clothes and raped her once,” she said.

“Accused told complainant he wanted to kill her then kill himself. He stabbed her in the head and then went to Donnington Police Station to report that his wife had been attacked by robbers. Complainant told the police that it was in fact the accused who had raped and stabbed her leading to his arrest. The Chronicle

Senegal opposition leader to run for president despite rape trial