ACES Youth Soccer Academy, the institution that groomed Wisdom Mutasa, believes the player’s move to Tanzania isn’t the best decision for his career. 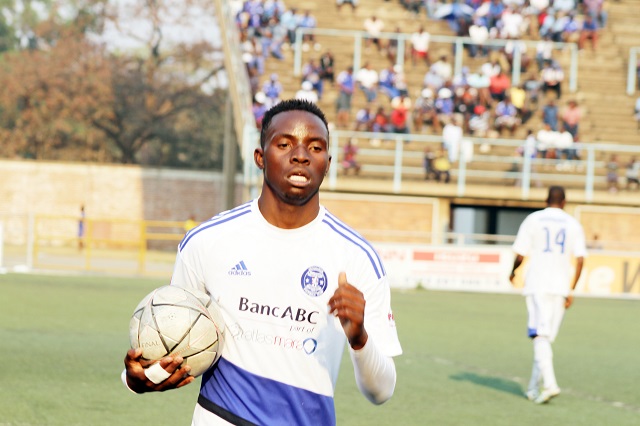 Mutasa signed for newly-promoted side Singida United together with DeMbare teammate Elisha Muroiwa this week and will leave during the mid-season transfer window.

AYSA director Marc Duvillard, who was involved in engineering a move to Europe for the midfielder two years ago, is not sure about how the midfielder will be able to grow his game in Tanzania apart from the monetary rewards expected from the move.

Duvillard said at 22 a player should be considering more challenging leagues that get him noticed by big teams on the continent and in Europe.

Warriors miss out, Mighty Warriors in

Mutasa and fellow AYSA graduate and friend Walter Musona once had a brief and unhappy stint at Slovakian side FK Senica two years ago.

“Wisdom was with us at Aces Youth Soccer Academy before he went to Motor Action and FC Platinum on loan, then to Europe and back to Zimbabwe.

“He is a more than average player with some good qualities in him and can be a top player if he works hard on that.

“But I think he missed a big chance when he made that decision to come back home from Europe. That was stupid of him. He had signed one year deal but after two weeks he was already complaining that the accommodation, the food and the environment was not good.

“He was home sick already and was crying like a kid and you can imagine he was doing all that at 20. When he returned he said he wanted to play for Dynamos.

“He said it was his dream to play for the club but for me it was a wrong decision, knowing Dynamos and all the problems at the club and that his father was also the coach there. It was always going to be difficult for him to shine at Dynamos.

“And now he is going to Tanzania. I don’t know much about Tanzanian football, whether it is superior or lower than our standards here. But I am tempted to believe that Zimbabwean football is better in terms of quality. So I am sure his move is only about the money.

“If it’s the right choice for him it has to be respected. I sincerely hope and pray that he will be able to grow his game there,” said Duvillard.

Mutasa and Muroiwa are expected to link up with Chicken Inn midfielder Tafadzwa Kutinyu at the club.

Mwanjali has been the standout player this season. Veteran coach Sunday Chidzambwa said the big money being dangled by the Tanzanians has triggered the exodus to the East African nation.

“I think for the players it’s good because they are getting better offers there. I am told there is improved funding and sponsorship and the players are getting good money but for the bigger picture it’s not good for us as Zimbabwe.

“I will not talk about their chances of improvement in Tanzania because I don’t know much about the level of the game in the country.

“But I believe our players will only enrich the Tanzania league, just like what they have been doing with the Absa Premiership and we are left poorer,” said Chidzambwa. The Chronicle

Warriors miss out, Mighty Warriors in