The rise of N’Golo Kante

N’Golo Kante is on his way to winning two English Premier League soccer titles in consecutive seasons, and is favourite to become PFA player of the year. 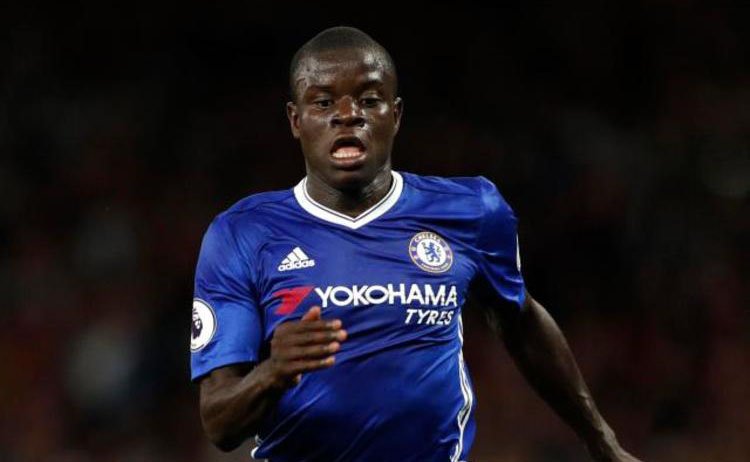 Since arriving at Leicester City less than two years ago, he has gone from virtual unknown to a cult hero and one of the best midfielders in the English Premier League if not the world.

He has also become a mainstay of the France international side a dream, which just a short while ago, the diminutive star could only dream of.

But it appears his extreme energy and fitness alongside natural footballing ability could see him become the first man since Eric Cantona in 1993 to win successive English Premier League titles at two different clubs.

Former Boulogne team-mate Cedric Fabien tells of him almost becoming a different person when he crossed over the white line: “Off the field he was quiet but on the pitch he turned into a monster. I’ve never seen in my life someone run, run and run like he did.

“He was so naturally fit he could have finished a match and then gone home and done a marathon . . . and then probably have a kick-about with his friends!”

But before Boulogne, just six years ago, the tenacious midfielder was plying his trade in the NINTH tier of French football, an amateur with hopes of making it professional – let alone the world stage.

Stories of his upbringing at Surenses, in the suburbs of Paris, tell of a youngster smaller and lighter than most coaches had seen.

When Kante moved to third-tier Boulogne, he used a child’s scooter to ride to training every day and even today, drives the same second hand Mini, shunning flashier cars.

Another team-mate Eric Vandenabeele added: “We used to try to help him because he was such a lovely kid but N’Golo was very independent.

“He did not socialise much. He liked to keep himself to himself and never went to parties. N’Golo has never wanted to be a superstar and even today I know he isn’t bothered by fame. He just wants to be the best he can be.

“I remember one evening watching a Europa League game in our hotel room and I joked to him, “That’s going to be you one day, playing in that competition on the TV”.

He just laughed at me and said, “In my dreams! No chance. Well, look at him now!” Former team-mate Adil Azami remembered: “We used to get about 50 extra people on top of all the players’ mums and dads just to watch him.

“It was N’Golo and N’Golo. He would take the ball from one end of the pitch and would carry it the length of the field.”

Another of his old pals, Francois Lemoine, added: “We were Under-18s and he was Under-15s and he was already playing with us.

“We were playing against a local team and he came on 10 minutes from the end. He was smaller than everyone yet no one could get past him.

“At the end of the match we went into the changing room, I looked at one of my team-mates and I said to him, “Look, he’s smaller than us and in ten minutes he has shown us how to do it”.

“It was a real lesson in humility.”

With such a humble nature, it is no surprise his family are steeped in Surenses as well his half-sister plays in their youth teams, while his 19-year-old brother is also with them.

His parents came to Paris from Mali in 1980 and Kante grew up just a mile away from the JS Suresnes football ground – very much in his comfort zone.

He was shy, almost vacant, which did not help his cause when a host of clubs, including nearby Paris Saint-Germain looked at him aged 14, filing him in with other so-so midfielders.

Pierre Ville, coach at Surenses, told the Mail about his attributes: “When he first came to us, he was half the size of the others, he was really small.

“He was small but when he started to play, he outclassed them all. He played in teams alongside players who were older than him. He was half the size, he was half the weight, but he played in all these different-aged teams.

“He is so extraordinary, he has a very balancing effect. He doesn’t speak out, he’s polite but the dressing room gathers around him. He isn’t timid, he just doesn’t speak much. He is very discreet.”

Ville added: “It was not just PSG – there was Lorient, Rennes, clubs in the first division, Sochaux and others. And they said: “Well, we have others as good as him, too.”

“He was still really small, and in France, we always look for power, strength, when observing young players at assessment, at age 12 or 13. He wasn’t taken on, because they said he wasn’t ready.”

But Kante seemed happy in his lot, especially as in Surenses, his reputation was growing game-by-game about 50 extra people flocking to the park pitches just to watch him.

Eventually in 2011, a move to Boulogne materialised who have a stand dedicated for former star Franck Ribery where he still lived modestly and quietly, while on the pitch his effectiveness was clear to see.

A transfer in 2013 to Caen in the French second division followed but he still only dreamed of a Renault Clio, said Ville as they got promoted to Ligue.

Attention came, but it passed him by Ville revealing: “N’Golo said “I haven’t done anything yet. Why don’t they come back in six months when I have done something?”

But now he is deemed one of the best in the business after moving to Chelsea for £32m last summer, he can be forgiven for thinking he has achieved something with his career.

Yet even this week, he played down his abilities after his popularity spawned a Twitter account called ‘Kante Facts’, which make claims such as ‘N’Golo Kante can touch MC Hammer’.

He said in a press conference: “My team-mates at Chelsea have told me about the Kante-facts. It is just a bit of fun. I obviously do not cover 30 per cent of the surface of the earth.

“It is true that I receive a lot of praise and that is flattering. But I try not to let it affect me. The important thing is to end the season well.”

It feels like you could send Kante to be the first man on Mars, and he would still treat it as a stepping stone to Saturn – but it is those qualities of constant self-improvement that make him the player he is. The Herald