Defense Minister Dr Sydney Sekeramayi has issued a directive to all shop-owners to stop selling military attire as it is illegal. 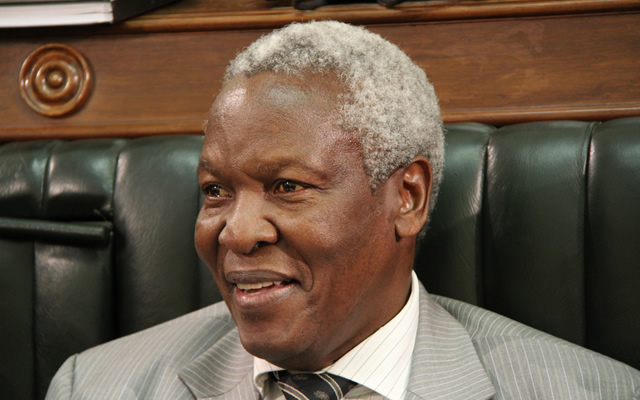 Dr Sekeramayi’s statement follows increasing numbers of people who are being arrested for either selling or wearing military regalia.

The Defense Minister said wearing military regalia was criminalised as some people were engaging in criminal activities such as robbery, murder and rape disguising themselves as military personnel.

Responding to a question in the Senate on Thursday, Dr Sekeramayi said it was illegal to put on military attire in Zimbabwe.

“Zimbabwe and other countries are saying it is illegal for any civilian to wear military attire or some look alike fashion army regalia if you are not in the military.

“We know it had become fashionable to wear look alike fashion army attire and people would even be showing off in that attire. We prohibit this because some people who were wearing that regalia yet they did not belong to the military were engaging in illegal activities such as rape, corruption, murder and armed robbery and innocent civilians would then end up blaming the military,” he said.

“That is why we are saying it is illegal for anybody to wear military regalia or anything camouflage.”

“Now this is a directive to shop owners and retailers that it is illegal to sell this type of regalia. This should also serve as a warning to civilians that it is illegal for you to wear fashionable look alike military regalia. We do not want to end up prosecuting people unnecessarily. Hence I am pleading with honourable Senators and Members of Parliament to go and advise shop owners, retailers and hawkers in your respective constituencies to stop selling fashionable look alike military regalia because it is illegal,” he said.

“So people who continue putting on such attire should stand warned that it is illegal and whosoever is found in future to be abrogating this law may find themselves being arrested and prosecuted. Putting on military attire, fatigue or camouflage is illegal.”

Midlands Senator Lillian Timveos (MDC-T) asked Dr Sekeramayi if the policy applied to musicians such as Jah Prayzah as well and he responded that the musician was declared a military ambassador and thus, he was allowed to put on military regalia.

“We are saying members of the Jah Prayzah musical group are known; even their physique and sizes are well known by the military. As of now, they were given permission to wear that uniform as long as they are performing on stage.

“We are yet to hear of members of the group abusing the facility. Let me warn civilians that should we find copy cats who are emulating Jah Prayzah and his band – we will get a way of resolving that problem,” he said.

“We know there are people who when they see Jah Prayzah performing become overzealous because he is a real entertainer and man of the moment, hence he has authority to wear that uniform. He was also declared Zimbabwe’s military ambassador. The Chronicle