Before I entangle myself in the acrimonious debate raging about the direction Zimbabwe’s education is taking, let me introduce one of the forgotten luminaries of yesteryear, Lawrence Vambe. 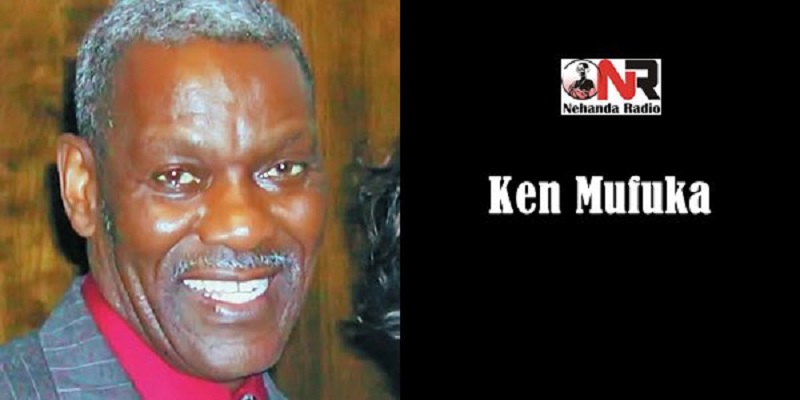 Vambe, who now lives in London, will be 100 years this week.

Born at Chishawasha and initially educated there, and at Kutama Mission, Vambe entered seminary, hoping to become a priest.

His enduring legacy was with Lord Thompson’s African Newspapers, whose flagship was the Daily News. His career was shattered when the paper was banned by government.

Letter from America: Ukraine policies show the urgency of…

Critical Race Theory- What I have taught my three black…

Letter from America with Ken Mufuka: The end of the Zee…

Letter from America: The killing of Brother Arbery showcases…

Letter from America: De Klerk’s death bed confession, is he…

Nevertheless, he served in London as a press attaché for the Federation of Rhodesia and Nyasaland. He was awarded a Most Excellent Order of the British Empire award by the queen for his contribution to journalism.

I was doing research on Bishop Abel Muzorewa’s politics at the British Royal African Society in London in 1976 when I was asked to review his book; From Rhodesia to Zimbabwe.
He had a kindly report for Kutama Mission and the Catholic fathers. “Here was young Africa, full of hope and zeal…where we were all trying to gain a deeper insight into the white world, as well as break away from…tribal chains.”

Their role model, Aggrey of Africa, while showing certain conceptual loftiness, remained at the same time self confident, and lacked racial bitterness. Education, was therefore aimed at “carving a better future for themselves…the world did not owe us a living…we had to prove by our own knowledge that we deserved recognition.”

The fact that these Africans were tough, resilient and confident that despite all the hurdles placed in their way, and the feeling that they would overcome, set their generation apart.

I have no claim to fame, indeed, I am the smallest of the saints, and my only place in their firmament was due to the fact that from the age of 18, I carried Joshua Nkomo’s bag.

Through him, I was introduced to these great men of their time, Vambe, Professors Mathew Wakatama and George Kahari and men of affairs like Judge Enoch Dumbutshena and Herbert Munangatire. In these circles, Vambe was a shining star.

Sir Garfield Todd and progressive missionaries presented a vision that abides in our hearts to this day. The African should “be encouraged to develop along the lines that will further their own interest and welfare, (not) subordinated to the interests of the white community”.
Brother Lazarus Dokora

Having established the purpose of Christian education, we can now address the issues facing Primary and Secondary Education Minister, Lazarus Dokora, and Zimbabwean education in brief fashion.

The first issue is the need to create a uniquely Zimbabwean modern man who can adjust to globalisation. Already Zimbabwe is regarded as the poorest country in the world, even below Botswana and Malawi. The cause seems to be government attitude that with a population of 14 million people, it will impose its rules on the world.

Judging by the numerous police roadblocks motorists must endure; it seems the education of the police has fallen way below that of “moral men”.

Dokora is accused of failure to appreciate that prayer in schools cools the tempestuous hearts of our rambunctious people. The lawlessness of our political scene is a witness to the collapse of this moral universe and missionary education.

This point needs emphasis. There can be no happiness without some moral appreciation.

The inclusion of Islamic education is not necessary at infancy. Similar experiments in the United States have created what is called moral equivalency.

In their ignorance, they praise themselves for tolerance, ignoring the chaos (fitna-Arabic) they create.

Infants need not be introduced to confusion at that age.

Recently, Zimbabwean judges have imposed their judicial preferences on schools by ruling out “canning”. By using the term “beating” they rouse ill-feelings against a practice, which effected especially on boys, with kindness, can go a long way towards uplifting their behaviour.

The sentence that “Judge David Mangota held that parents and teachers must not lay their hands on children even if they misbehave” is word for word the same directive of the Barack Obama administration to US school principals.

One should never disagree with a judge, but in this case, I appeal for Judge Mangota’s indulgence and grace. The judge was correct in forbidding a school to use a rubber hose to discipline a forgetful child. The parent, Supreme Sister, Linah Pfungwa, should have objected to excessive zeal rather than the punishment itself.

I hope the Constitutional Court will in its wisdom place restrictions rather than abolish a practice that has saved many boys from hell.

At Mazowe Secondary School, I clicked my tongue at a teacher, in Ndebele fashion. Five strokes of the cane were applied to my bottom, which is still sore to this day. Nevertheless, because of the relentless take no prisoner’s attitude on the part of the school officials and my parents, who promised to kill me, I repented of my disruptive behaviour.

Some object to undue emphasis on Heritage Studies and Physical Exercise Display subjects.

On my visit with Form Six students in Masvingo, I found them advanced in their Heritage Studies. Cultural appreciation is important for the enjoyment of life. The objection is in making the two compulsory. I salute Vambe for being both a moral man and a practical entrepreneur.

Critical Race Theory- What I have taught my three black children!

Letter from America with Ken Mufuka: The end of the Zee dollar is near, say I!

Letter from America: The killing of Brother Arbery showcases the rotten side of US…