A British consultant has won a tender floated by the World Bank last year on behalf of the Government of Zimbabwe to establish an electronic procurement (e-procurement) system that would enhance the State procurement process in the country as well as plug loopholes within the system. 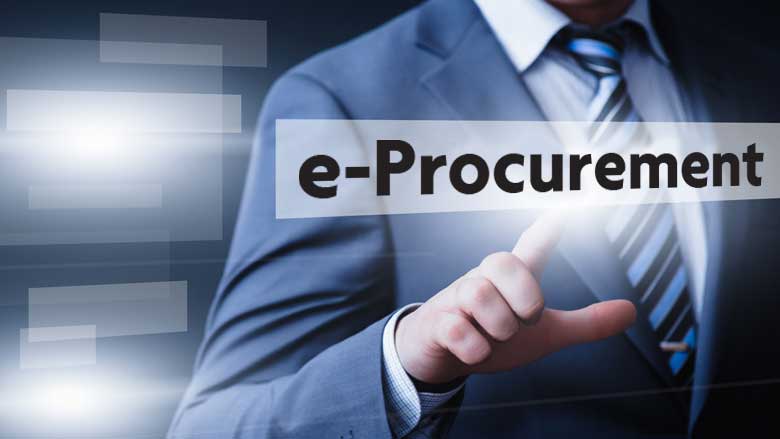 The Financial Gazette’s Companies & Markets can report that Crown Agency, which advises governments around the world in international trade, procurement, finance and institutional development, won the bid ahead of several other companies.

Nyasha Chizu, a senior procurement executive in the Office of the President and Cabinet, which is overseeing reforms at the State Procurement Board (SPB), confirmed that the firm had won the tender, saying it required at least two years to complete the project, which is supported by the World Bank.

Mid-air scare for Fastjet passengers flying from Harare to…

Representatives of Crown Agency, who include Chris Smith, Graham Fiveash and Leo Adekoya, are in Zimbabwe to sensitise the public and private entities on the elements of e-procurement, in order to acquire the necessary by-in from all stakeholders.

It will also bring in efficiency and enhance transparency.

This will strengthen public financial management, meaning that there will be availability of real time expenditure data and improved service delivery to the citizens. Statistics will also be available to government on how it is spending money and reduce government procurement costs.

“We are looking at two years. We can take up to a year working on the procurement process and roll it out in the following year,” said Chizu.

Currently, government procurement process is done manually and this has resulted in the SPB controversially awarding multi-million dollar tenders to undeserving bidders. The system also has many other challenges including delays in procurement, bidder and client complaints and lack of procurement data.

“The current public procurement system has its own loopholes, especially by combining the regulatory function of the State Procurement Board and the operative function,” said Chizu.

“You find that within the law, the chief procurement officer for government is SPB and is also the regulator. What it means is that when an entity is conducting its procurement, the ultimate owner of that procurement decision is not clear.”

“The accounting officer who has done everything would say I have simply recommended what I thought was fit (for the purpose). He or she would say it has been approved, so the responsibility has shifted. There has been a mismatch. So we are now saying the procurement decision is going to be made by the accounting officer. Even if there is going to be a review, it’s not going to involve the SPB but the three AGs, which are the attorney general, the accountant general and the auditor general and the principal director for the Ministry of Public Works. Their review will be just to ensure that the process has been followed and that we don’t close the door when the horse has already bolted.

He said given that public procurement plays a significant role in the economy, government was moving to promote transparency by taking advantage of the continuous improvements coming from the internet to make procurement for goods and services more efficient through electronic means.

Adopting e-procurement would result in government drastically altering the way it interacts with suppliers of goods and services.

This effectively means that any tender of goods and services shall be taken up only via the e-procurement process.

The system would ensure that submission of tenders by bidders and evaluations of tenders would be done online.

Chizu said the e-procurement project would change “the face of public procurement”.
“It’s going to introduce professionalism. There is going to be licensing of procurement practitioners. What it means is that if one violates standing rules, the licence will be withdrawn,” said Chizu.

He added: “And for the procurement management units to be allowed to procure on their own, they have to meet certain standards which are going to be defined by the regulator. The standard will involve what structure will be put in place…. It is also going to change the reporting structures. Procurement was actually in the peripheral but now, it will report directly to the accounting officer.”

The move is a result of government’s realisation that procurement is now the new competitiveness driver, hence the need to adopt modern procurement practices through e-procurement. Many countries around the world have implemented the e-procurement systems including Zambia, Botswana and Tanzania.

Once the e-procurement initiative is developed and in operation, government hopes the system would help fight corruption that is rampant within the sector.

It is also aimed at reducing bureaucratic procedures, unwarranted delays and inefficiencies which ultimately become a fertile ground for uncontrolled corruption and other forms of malpractices within the procurement system that diminish efficiency in public service delivery, at the expense of the ordinary Zimbabweans.

Government has gazetted a new Public Procurement Bill which is being debated in Parliament.

The Bill will transfer the responsibility of awarding tenders to individual entities.

Analysts reckon that the segregation of regulatory and operational functions was long overdue as it will improve accountability and responsibility of accounting officers in procurement decision-making.

They said the current procurement law was now outdated and no longer in sync with the current dictates and demands of modern procurement systems both regionally and internationally.

Procurement expert, Maxwell Chirongoma, said: “Separation of functions of the SPB was long overdue. Therefore, e-procurement is going to be a useful tool in business. The system has a lot of benefits for everyone, which includes transparency, reducing bureaucracy and corruption, substantial cost savings, and fair competition on the market.” Financial Gazette

Mid-air scare for Fastjet passengers flying from Harare to Bulawayo