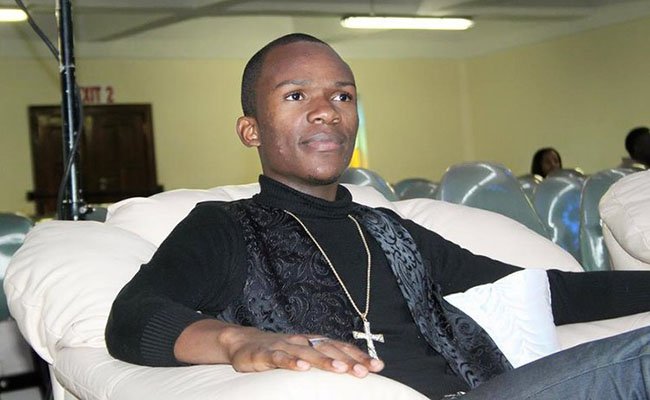 Producers play an important role in coming up with hit songs for most artistes who then take the glory after hitting the limelight.

Producers work tirelessly behind the scenes to guide and assist artistes during recordings.

Some producers are known, but others remain behind the scenes and rarely get their deserved credit.

One such producer who has made excellent music and remained in the background is Nigel Nyangombe who has worked with Minister Michael Mahendere and Takesure Zamar, two artistes that have charmed not only music lovers in Zimbabwe, but abroad as well.

“I am humbled to be blessed with a gift as a producer,” the young producer begins as he talks about his career.

The young man behind prominent artistes admitted that he enjoys working with creative artistes and he puts his touch to make the best music.

The gifted producers saluted other producers as they have different signatures and abilities.

“I respect each and every producer in the country and sometimes I refer artistes to those people,” he said.

Nigel’s prayer everyday is to have an ability to interpret musicians’ feelings and help them discover who they are and what they can do.

His breakthrough came in 2014 when he met Zamar.

That was after his tour from South Africa and in the same year he then played a part in the musician’s album ‘Nyasha Pamusoro Penyasha’.

“By God’s grace I met Minister Michael Mahendere when he was about to record ‘Getting Personal with God’. What I can say is that it was divine appointment to meet him with his wife Vimbai, when I had turned away from Christianity and had no direction. The couple opened their arms and started teaching and helping me to be a better Christian and musician, and allowed me to produce his album,” he said.

The young man owns his own record label called Yoursound Studio where he works with Courage Manyumwa as their engineer.

His midas touch on songs lured South Africa-based artiste Ngybeko Mbavha with whom he recorded a number of songs.

Nigel’s music journey began when he was a young boy growing up in Marondera.

“My parents contributed a lot when they gave me a toy keyboard as a present. They have supported me since they saw my talent in music. They always pray for me,” said.

After carving his niche as a producer, Nigel worked in South Africa for a year before moving back to Harare where he established his studio. The Herald