Harare giants CAPS United have scored another first by entering into a partnership with new local airline, Rainbow Airlines, to fly the team on their local and international assignments on cost-effective deals. 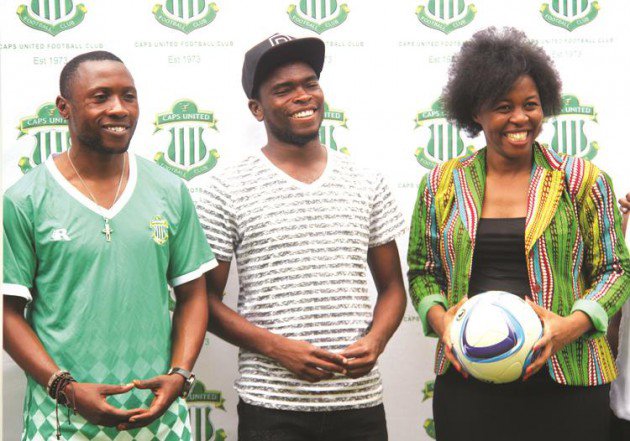 The pact is set to come into motion this Sunday when the Harare giants travel to the Democratic Republic of Congo on a charter flight, courtesy of their new partners.

He said the CAPS United delegation is expected to leave around 7am Sunday morning on a 90-minute flight and then return after the match in the evening.

Chitima, who described the arrangement as convenient and cost-effective compared to the commercial flights, was happy with the new initiative.

Rainbow Airlines marketing executive Dora Manyika said they are looking to have lasting relations with CAPS United and would also be open to negotiations from the wider sporting fraternity for affordable deals to fly teams and athletes.

“We were approached by CAPS United a few weeks ago to find a cost-effective way of getting them to the DRC and back.

“Most of you would know that travelling in Africa is one of the most difficult things to do because you have to go backwards to go forward or go past the destination where you are going in order for you to land where you need to go.

“So the route to DRC from Zimbabwe is either through South Africa or you have to go through Kenya.

“But we as Rainbow Airlines have given the team the opportunity to travel directly from Zimbabwe straight to DRC.

“They play their match and we bring them back home that evening So we are very excited to be partnering with sport in Zimbabwe and we look forward to work with CAPS United as they go forward as they go all over the continent and locally as well,” said Manyika.

Chitima said they are expecting a safe trip to the DRC after getting assurances from the Confederation of African Football that the environment was conducive as the political tensions that flared up in recent months had died down.

“We have been given assurance that all is in order and there is no need for us to fear anything. It’s also good for us that we will not be staying there. It’s just going in and out. So as far as security issues are concerned we have been assured that all is well from CAF,” said Chitima.The Herald

Disheartened Leeroy Mavunga opens up on failed move to Portugal