Armed thieves masquerading as police have carried out a robbery at Johannesburg’s international airport in South Africa, reports say. 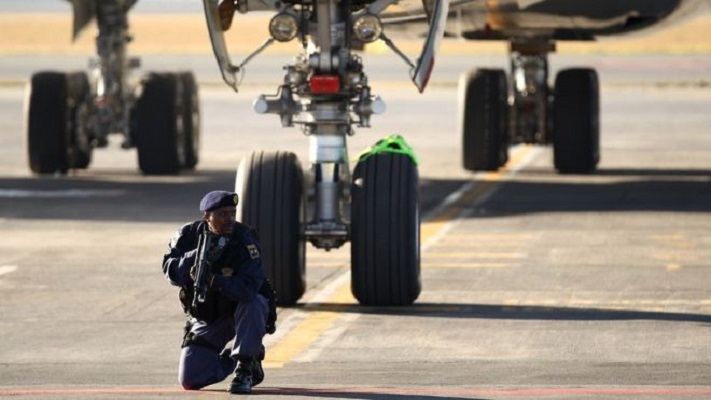 The thieves are said to have driven into a restricted zone and taken containers of cash.

Estimates vary but reports suggest that millions of dollars in different currencies may have been stolen.

The company that operates OR Tambo Airport, the continent’s busiest, confirmed a robbery had taken place.

“No shots were fired and no injuries have been reported. The robbers fled‚” Airports Company South Africa said in a statement, the TimesLive news website reports.

The Hawks, an elite police unit, declined to release details.

A police spokeswoman, Athlenda Mathe, was quoted by broadcaster eNCA as saying she could not comment on “how much money exactly was stolen”.

Guards from a private security firm protecting the valuable cargo were stopped by the robbers, who were travelling in a vehicle marked with “police”, TimesLive says.

There have been reports of other high-value cargo robberies in recent years at the airport. BBC News

Zimbabwean suspect in OR Tambo airport heist has 14 names