Samsung heir Lee Jae-yong to be indicted on bribery charges

Samsung’s heir apparent Lee Jae-yong is to be formally indicted on multiple charges including bribery and embezzlement, prosecutors said. 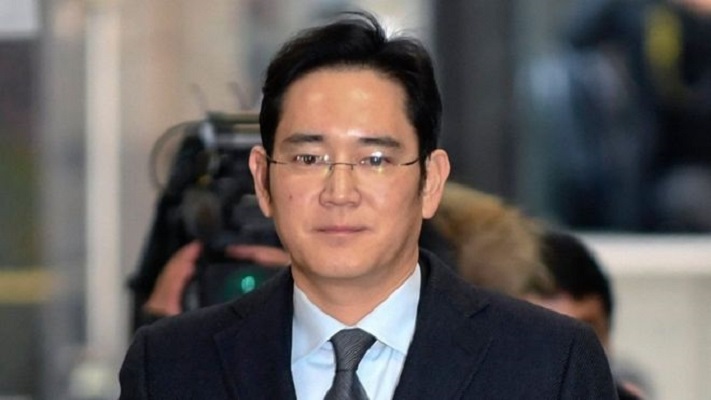 The case is tied to the scandal which led to the impeachment of the country’s president, Park Geun-hye.

South Korea’s special prosecutor’s office announced the charges against the de-facto Samsung chief, along with four other company executives.

Three of those executives resigned on Tuesday following the announcement.

Samsung also said it was dismantling its corporate strategic office, a unit coordinating the various arms of the huge conglomerate.

Samsung is accused of giving donations to non-profit foundations operated by Choi Soon-sil, a friend of Ms Park, in exchange for government favours.

He had been arrested earlier this month as prosecutors prepared the indictment.

Prosecutors accused Mr Lee of giving donations worth 41bn won ($36m; £29m) to organisations linked to Ms Choi. They alleged this was done to win government support for a big restructuring of Samsung that would help a smooth leadership transition in favour of Mr Lee, who is standing in as chairman for his ill father, Lee Kun-hee.

The controversial merger required support from the national pension fund – the allegation is that this support was granted in return for the donations.

In a December parliamentary hearing, Samsung admitted giving a total of 20.4bn won to two foundations, but denied seeking favours in return.

Mr Lee also confirmed the firm gave a horse and money to help the equestrian career of Ms Choi’s daughter, Chung Yoo-ra, something he said he now regrets.

This centres around President Park’s ties to Ms Choi and has brought allegations of cult activities, influence-peddling and leaks of classified information.

Ms Choi is a long term family friend whose father had already had close ties with President Park’s father who was president in the 1970s.

As well as soliciting donations, Ms Choi is accused of using their friendship to interfere in politics.

She is now on trial charged with various offences, including abuse of authority, coercion and attempted fraud, and denies wrongdoing.

Parliament voted in December to impeach President Park. Her case is now being heard by the constitutional court. Meanwhile she has been stripped of her presidential powers.

What does it mean for Samsung?

Mr Lee is currently vice-chairman of Samsung Electronics. But since his father, Lee Kun-hee, suffered a heart attack in 2014, he is considered de facto boss of the entire Samsung Group conglomerate.

Regardless of the outcome, a trial is a big blow to the company. His arrest may not affect short term production or the running of the firm but there could be long term implications.

Samsung is one of the biggest electronics companies in the world and for the head of a company that thrives on a premium brand image to be involved in a corruption scandal is a huge embarrassment.

Earlier in February, when Mr Lee was first arrested, the firm said it would do its best “to ensure that the truth is revealed in future court proceedings”, though denies wrongdoing. BBC News