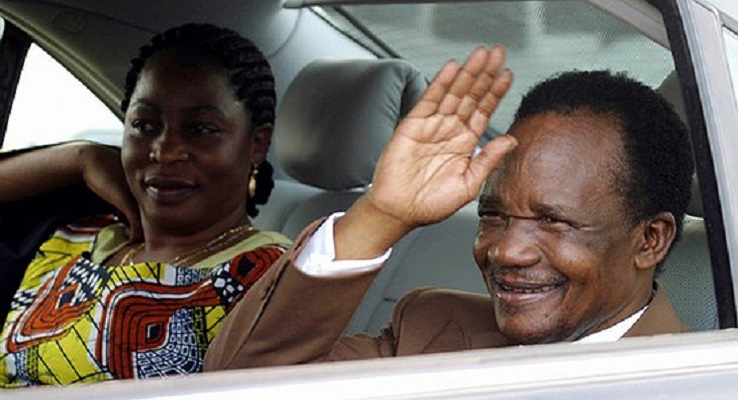 She, however, came back last week and was immediately admitted at the University Teaching Hospital as her condition was deemed terminal.

In 2002, the Ndola High Court dissolved her marriage to Edward Mwanza. She later officially married the late president Chiluba.

Vulnerability of politicians when they fall from grace

At this stage president Chiluba had divorced his wife of many years, Vera Tembo.

The deceased First Lady spent most of her life with Mr Chiluba in courts of law as the latter and herself were dragged into court on allegations of corruption by the Mwanawasa government.

In 2009, she was jailed by a Lusaka magistrate for allegedly receiving government property but was later acquitted by the Lusaka High Court.

Former president Chiluba died in 2010 from a heart condition he had suffered since 2006.

Mrs Chiluba is survived by her children Bwalya, Malama and Mando. Funeral arrangements will be announced later. The Herald

Vulnerability of politicians when they fall from grace