President Mugabe yesterday officially declared a state of disaster on Harare’s roads and road infrastructure through a notice published in the Government Gazette. 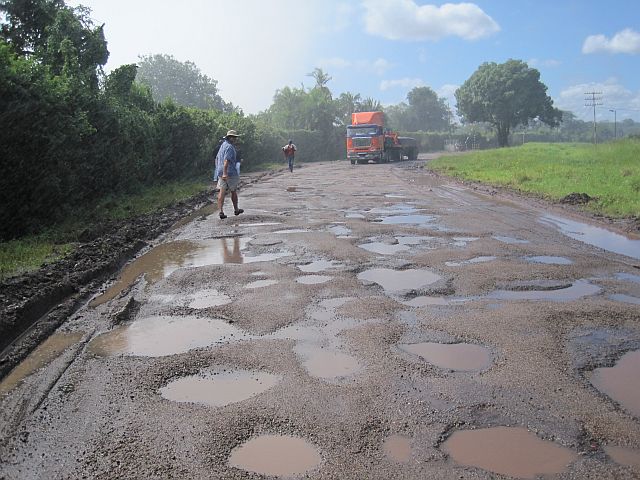 The roads have been badly damaged by the incessant rains received this summer.

“It is hereby notified that His Excellency the President has, in terms of section 27 (1) of the Civil Protection Act declared that as a result of the La Nina phenomena which has seen most parts of the country receiving excessive rains, a state of disaster exists on the roads and related road network infrastructure in the Harare Metropolitan Province with effect from 26th January 2017,” said Minister Kasukuwere in the notice.

Minister Kasukuwere, together with his Transport and Infrastracture Development counterpart Dr Joram Gumbo, toured the damaged roads last month and concluded that they were in a state of disaster.

This prompted Government intervention, with the rehabilitation of the roads starting with Seke Road, which had some stretches becoming impassable.

Minister Kasukuwere said Government would assist the City of Harare to rehabilitate the capitals’ 5 000 km road network, as it became clear that the local authority alone could not do the job.

The Ministry of Transport and Infrastructure Development has already deployed some of its personnel to work with the City of Harare in rehabilitating the roads.

The heavy rains received this year have seriously damaged most roads making driving in the capital dangerous, with some accidents being attributed to the poor state of the road network.

Potholes have become a common feature on the roads.The Herald

Politburo to decide on Masvingo poll