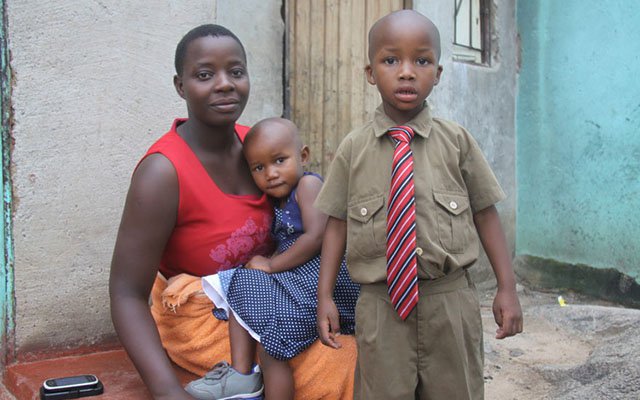 At four years, most children will be struggling to spell their names properly. Some will still be failing to sing their kindergarten hymns with clarity.

Epworth’s Tinotenda Manyemba is a distant exception from what his peers are.

At that age, he was already topping his class in Grade One, displaying his extraordinary academic abilities.

How he ended up doing Grade One at four years is nothing short of a fairy-tale.

I am a product of charity: Maud Chifamba

Speaking to The Herald, his mother Precious Nhema said her son showed signs of academic genius ever since he was a toddler.

“Tino was always different, even the age he began talking was earlier than usual. This prompted us to send him to creche earlier because he was too clever,” she said.

When he got to creche, he was to decide his own fate by nagging to join a senior class.

“He was three years old when we enrolled him into creche.

“When he got there, he refused to go into ECD A, he cried until they allowed him to join ECD B,” said his mother.

When he got into the ECD B class, he wowed his teacher through grasping the material faster than those who had gone through ECD A.

“The people at his creche were at first sceptical for him to join, but it did not take long for him to establish himself,” she said.

After finishing the year in ECD B, the natural progression was that he begins Grade One.

His age was the challenge, very few schools were going to accept him into Grade One. He was considered to be too young.

“We realised that since he had done ECD B and completed, repeating him would be of no help.

“Instead we opted that he proceeds to Grade One, if he was to face challenges, we would simply repeat him,” his mother said.

To their shock and that of the teaching staff at Emmanuel College where he learnt, he was leading his class.

“During his first term in Grade One, they wrote examinations and he came out third. The second and third terms he took first position,” his mother said.

The teachers, who once doubted his ability, assured his parents that he was handling primary school well despite his tender age.

After a great year at a private college, his parents felt the need to place him at a public school.

This year when they approached Widdecombe Primary, a public school, they met an obstacle.

Procedurally, the child was deemed to be too young to be in school, let alone seeking a Grade Two place.

“When we tried transferring him to Widdecombe, the headmaster refused, arguing that the child was too young to be admitted,” she said.

After persistence from the parents and his previous record put into consideration, the headmaster suggested a psychological test for the child before he could make a decision.

The child was taken to a psychologist as recommended by the school.

“The tests were done and she said that the child was able to handle material taught in Grade Three,” Mrs Nhema said.

However, his parents opted for him to go into Grade Two, saying that he was already ahead of the curve and there was no need for him to skip grades again.

His current teacher at Widdecombe, Mrs Agness Tombe, said his performance in her Grade Two class was extraordinary for a five-year-old and was an energetic participant.

“For a five-year-old, his performance is above what we expect. He is exceptional,” Mrs Tombe said, describing him as an active participant.

She said he performs well in oral work as much as he does in written work.

“Tinotenda can take instructions very well and quickly and he is really good in languages and reading,”

She said that the child was easing smoothly into his new educational environs.

“He is not facing any challenges and I can also confirm that he has naturally adjusted to the new environment in a class where he is learning with seven-year-olds.

“Tinotenda is good when it comes to interacting with other pupils, he is just himself and he knows what he wants,” she said.

Authorities have also been keeping tabs on the pupil’s progress.

“I was informed that Tinotenda is an all-rounder, who is performing enormously well among other Grade Two pupils,” he said.

Despite his brilliance, the young Manyemba said he is not a bookworm.

“I wake up in the morning, bath and leave for school. After returning from school, I do my homework and then I go to play with my friends,” he said.

His unexpected progression has made it difficult for him to aptly relate with friends of his age.

“I do not have a lot of friends because my friends from creche spend the whole day at creche and I come back from school around 1pm. These days I spend time with my two friends, Clive (11) and Takunda (9),” Manyemba said with a chuckle.

Despite their age differences, he feels that he is on the same level with them as they discuss school things with little difficulty.

He added: “Being in class with people who are older than me is not a problem at all. They treat me well, I have never met any challenges.”

The whizzkid says he wants to be a pilot when he grows up so that he can build a big house for his family.

The boy’s grandmother, Mrs Margaret Manyemba, said she is not unduly surprised by her grandchild’s brilliance.

“I think he takes after his father, he was a very brilliant child during his school days as well. He must have inherited that trait from him,” she said.

She also credited prayer for the way her grandchild has been performing in school.

“We go to Johane Masowe Church and we believe this is God’s work. The family goes through difficult times in some instances, but lately, Tinotenda has been a source of joy,” she said.

His two-and-half-year-old sister seems to be following his footsteps.

“I believe his little sister will do better than him. At her age, she can sing the alphabet from A to Z,” she said.

The Herald then asked the child to recite the alphabet, a task she executed flawlessly.

Should the younger sibling progress in the same way as her brother, they will be in line to become the next generation of Zimbabwe’s intelligent siblings.

They will be emulating Mukundi and Maud Chifamba, who were both at the University of Zimbabwe at the age of 16.

If Tinotenda Manyemba progresses without any interruption, there is a high chance he will become one of the youngest students to graduate with a university degree, if he decides to follow that path.

True to the saying that the young are the future leaders, the future could be in safe hands if pupils of Manyemba’s calibre keep emerging. The Herald

I am a product of charity: Maud Chifamba