Zimbabwean politics, social media and the bane of fake news

Truth is often subjective. Technology in the form of social media has made truth even more subjective. Judging by recent events, espionage, cyber-attacks, misinformation, conspiracy and fake news have altered the form and standing of the fourth estate. 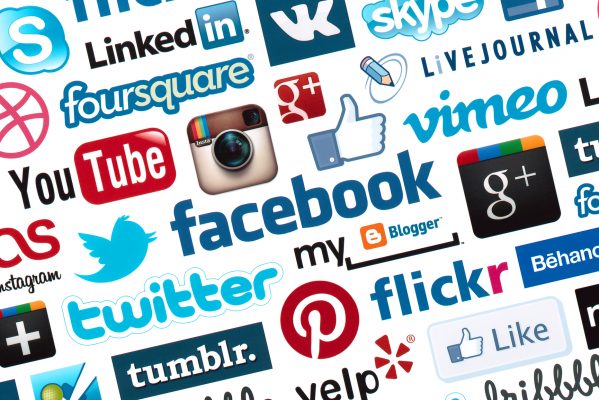 We are living in a tech –savvy world that has turned to social media for news, a largely captive online audience that ignorantly consumes wholesomely anything without fact checking, and a group of cyber narcissists inspired to distort truth by any means necessary. Even worse, we now have a movement of “alternative facts” that seem to naturalise lies and myths into reality. Corroboration of information is becoming more and more difficult ever since the traditional news sources started losing ground to social media.

Fake news is not a new phenomenon. For a long time, the mere mention of Zimbabwe in the global mainstream media has been associated with a negative story .Some of the stories were based on hard evidence based on events obtaining on the ground.

However, Zimbabwe in the eyes of the dominant western media was a nothing short of a banana republic, a country rife with corruption, diseases, political unrest and every other bad thing the mind could conjure up. Whilst some of the stories were based on undeniable facts and events, most were based on assumptions and what generally has been labelled as “fake news”.

In Zimbabwe, the issue of fake news supersedes the advent of social media. The most notable example is the case of the Daily News, which on April 23 2002, printed the story of the gruesome “beheading” of a Magunje woman, Brandina Tadyanemhandu, an act supposedly masterminded by ruling party activists.

The sensational story was carried by several international newspapers including The Guardian. In reality, the story was a complete fabrication that in ethical terms warranted a retraction. However the damage to the country’s image was already done.

We learn from The Art of War that all warfare is based on deception, and as is often quoted, the first casualty in every war is truth. Diplomacy, which in reality is war by another name, has since accepted that brute force alone will not win the war, information and stratagems will. Zimbabwe post 2000 entered a diplomatic cold war, an era in which a bilateral conflict with its former coloniser evolved into a conflagration with the rest of the European Union, USA and its allies.

What followed was an international media blitz on the country and its regime, painting its image in the worst type of paint imaginable.

The country dropped on all indexes and the national leadership was transformed into a bunch of rogue villains. In all fairness, both sides used propaganda of all sorts to gain the moral high ground. In such a cold climate of global ostracization, few people bothered to check the veracity of the media coverage on Zimbabwe. The natural assumption was that anything bad could happen in Zimbabwe.

Fake news in politics is just propaganda by any other name. It sensationalises, it is unethical, it is untrue, but it is a means to an end. Since politics thrives on disinformation fake news is becoming a significant weapon by the day. Artful politicians can generate fake news against opponents or dismiss factual allegations against them as fake news.

Fake news is real and real news is sometimes fake. More often than not the news that is churned from some media houses is nothing but fake news cleverly disguised as genuine news. Media houses have the expertise and resources to naturalise lies into reality, and are controlled by hegemonic corporate and political interests to be objective in news coverage.

News has always gone through the same filtering process that at the end what the audience gets is often manufactured reality. The fourth estate has always filtered news to suit a certain agenda, be it political or otherwise.

Recently, the election in USA has brought to the fore the impact fake news can have in shaping public opinion and voter preference. Voices, particularly from the Democrats and the anti-Trump movement have been raising concern about the role played by fake news in the presidential election.

There is a widespread belief that fake news circulated on social media platforms managed to sway voting patterns one way or the other. Social media has made easy the generation of fake news and “manufactured reality”. Anyone with a smart phone and access to the internet can create a story out of nothing and within minutes, if not seconds, it would have circulated across the globe.

It will be tweeted, retweeted, shared and liked before anyone bothers to check its veracity. We have a captive audience on the internet, delusionary spectators willing to share a story without even reading it let alone analyse it and social platforms that have algorithms that fail to separate truth from lies.

As Zimbabwe gears up for the 2018 elections, it must be remembered as a fact that politics by its nature is neither moral nor immoral. It is highly amoral. Expecting “fake news” in an election season is as natural as it can be. Contesting parties will stop at nothing to discredit each other. It has always been like that.

However, the level and magnitude of reach that social media has now presented to politicians makes fake news now a sensational subject. It is safe to say the online campaign machinery will be at its best for both the ruling and opposition parties.

However the extent to which online campaigns will influence voting patterns will remain a contested idea since most of the electorate, particularly in the rural area, remain oblivious to the social media phenomena.

Dear flamboyant Christian: Letter to the embodiment of prosperity gospel

Zimbabwe: A place I used to call home

Bill Gates: Lies spread faster than facts on social media, which is hard to police